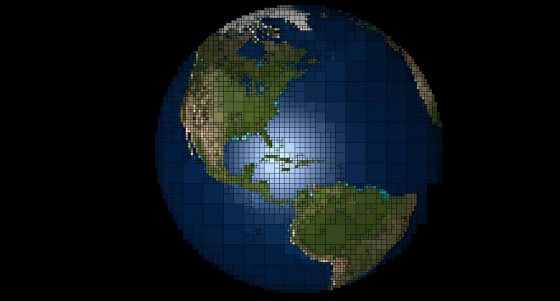 Will 2022 go down in history as one of the most important economic turning points that we have ever seen?  All over the planet, economic activity is beginning to decelerate and uncertainty about the future is in the air.  Meanwhile, the cost of living continues to escalate and a very painful energy crisis has begun.  Unless there is some sort of an economic miracle, it appears that 2023 will be a very difficult year, and the long-term outlook beyond next year is even more ominous.  Suddenly, many of the talking heads on television are openly speculating about the hard times that are coming, and the word “recession” is being thrown around quite frequently.

But will we only be dealing with a “recession” in the months ahead, or will it be much worse than that?

At the moment, things are clearly heading in the wrong direction.  The following comes from a Bloomberg article entitled “World Economy Heads for One of Its Worst Years in Three Decades”…

The world economy is facing one of its worst years in three decades as the energy shocks unleashed by the war in Ukraine continue to reverberate, according to Bloomberg Economics.

The global economy is more interconnected than ever before, and so pain experienced on one side of the globe is often keenly felt on the other side.

Here in the United States, a huge wave of layoffs has now started.  On Tuesday, yet another major media company announced brutal job cuts…

BuzzFeed is axing 12% of its workforce, or around 180 staffers, in a bid to cut costs as the digital media company faces headwinds including an ad-spending pullback and the completion of its integration of Complex Media.

The company informed affected employees via email Tuesday that they were being terminated. “In order for BuzzFeed to weather an economic downturn that I believe will extend well into 2023, we must adapt, invest in our strategy to serve our audience best, and readjust our cost structure,” CEO Jonah Peretti wrote in a memo to employees about the job cuts.

As the housing market crashes, the financial industry is being hit really hard as well.

In fact, it is being reported that approximately 1,600 Morgan Stanley employees will now be looking for new work…

Morgan Stanley cut about 2% of its staff on Tuesday, according to people with knowledge of the layoffs.

The moves, reported first by CNBC, impacted about 1,600 of the company’s 81,567 employees and touched nearly every corner of the global investment bank, said the people, who declined to be identified speaking about terminations.

Speaking of the housing market, we are being told that somewhere around 270,000 recent homebuyers in the U.S. are already underwater on their mortgages.

We haven’t seen anything like this since 2008 and 2009, but this is just the beginning.

If the Federal Reserve insists on hiking interest rates even higher, it won’t be too long before millions of homeowners will be underwater on their mortgages, and that will definitely be a nightmare scenario.

So many families are living on the edge of financial disaster in late 2022.  If you can believe it, approximately 20 million U.S. households are currently behind on their utility bills…

According to the National Energy Assistance Directors Association (NEADA), roughly 20 million households in the U.S. — one out of six homes — are behind on their utility bills.

As of August, these families owe about $16.1 billion in total, with an average amount owed of $788 — and the consequences of this could be dire, especially as home heat costs are expected to reach their highest level in over 10 years.

We are already in a state of economic crisis right now.

But don’t expect the White House to admit that any time soon.

Meanwhile, the cost of living just continues to go higher and higher.  Earlier today, I was stunned to learn that Walmart CEO Doug McMillon is actually admitting that double-digit price increases on packaged foods “are going to be with us for a while”…

Walmart (WMT) is the largest retailer in the United States and has a gauge into consumer habits and a wide array of products.

McMillon said that inflation was “most stubborn” on packaged food. Double-digit price increases on these essentials “are going to be with us for a while,” he said.

So we are going to have rapidly rising prices and an imploding economy at the same time.

At this point, even the mood on Wall Street is shifting.

Stocks were down once again today, and now the S&P 500 has fallen for seven of the last eight trading sessions…

Stocks added to Monday’s declines, with the S&P falling for a fourth straight day and its seventh negative session in eight. Tuesday’s moves bring the Dow’s two-day losses to more than 830 points.

Just a few weeks from now, 2022 will mercifully be over.

But if this year has been “one of its worst years in three decades”, what will the global economy look like a year from now?

As I have detailed above, the U.S. economy is really starting to deteriorate quite rapidly.

So how bad will things eventually get?

Let us hope for a “recession”, but let us also prepare for an economic nightmare.

The post We Are Being Warned That The Global Economy Is Having “One Of Its Worst Years In Three Decades” appeared first on The Economic Collapse.