Karine Jean-Pierre, an anti-Israel radical who praised Democrats for shunning a pro-Israel conference last year, has emerged as a top contender to be Joe Biden’s White House press secretary, according to several news sources.

Now that Joe Biden and his minions think they have won the White House, they have not at least not as of this writing, they are feeling confident enough to let you see what the Biden camp is really made up of. Today we would like to introduce you to anti-Israel Progressive radical Karine Jean-Pierre, currently the chief of staff for Kamala Harris, and the likely press secretary for the administration should Joe Biden be successful.

“Let them all be confounded and turned back that hate Zion.” Psalm 129:5 (KJB)

If you’re one of those “christians” who decided to vote for Joe Biden, we invite you to take a long, hard look at this woman, what she believes and what she stands for. Karine Jean-Pierre hates the Jews, hates Israel, and is only one of the hundreds of Progressive radicals your Biden vote is helping to put in power. As a bible believer, these people disgust me, but so do all you phony “christians” who voted for this mess. I don’t blame them, I blame you.

Do you know what “progressive values” actually are? The are the godless principles by which godless, lost people govern their lives and represents what they wish to force upon you and I. Progressive values are anti-family, anti-God, anti-Israel, anti-capitalism, anti-freedom, and pro-everything the bible condemns. Progressive values are the New World Order, the One World Religion, and the literal Antichrist whom they will hail as their messiah. This is what you “christians’ who voted for Joe Biden and his demonic helpers are helping to usher in. If you support people who are anti-Semitic and anti-Israel, want to guess what that makes you? 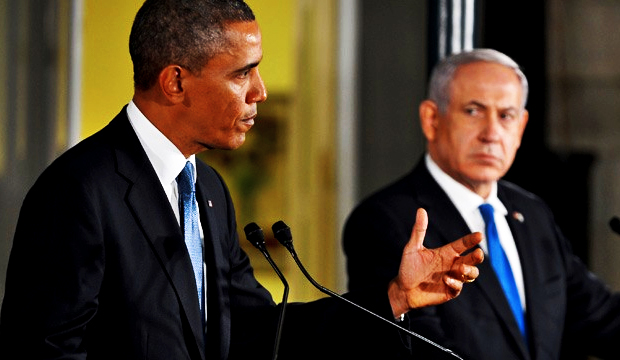 Remember the time that Barack Obama sent a team to Israel to try and disrupt the re-election campaign of Benjamin Netanyahu back in 2015?

FROM BREITBART NEWS: NBC News’ Geoff Bennett cited “multiple sources” Wednesday as saying that Jean-Pierre, currently an aide to Biden’s running mate Kamala Harris, was the top candidate for the position. If Jean-Pierre is chosen, she would be the first woman of color to serve as press secretary.

Writing in Newsweek, Jean-Pierre maintained that the Democratic candidates “made the right call,” and that AIPAC’s policies and values “are not progressive.”

“You cannot call yourself a progressive while continuing to associate yourself with an organization like AIPAC that has often been the antithesis of what it means to be progressive,” she wrote.

She blasted AIPAC’s opposition to the Iran nuclear deal, as well as its decision to invite Israeli Prime Minister Benjamin Netanyahu to speak (as it does with every Israeli prime minister), saying that “under his leadership of Israel, according to the United Nations, Israel may have committed war crimes in its attacks on Gazan protesters.”

The protests she referred to along the Gaza border were violent riots in which firebombs, rocks and explosive devices were routinely hurled at Israeli soldiers. Rioters also made holes in the border fence and infiltrated into Israeli territory.

Say hello to the enemies of Israel:

& the list of 2020 presidential candidates who have made the decision to #SkipAIPAC continues to grow. Thank you for your leadership here @PeteButtigieg, @ewarren, @BernieSanders, @KamalaHarris, @JulianCastro, @BetoORourke, @JayInslee… who is next? pic.twitter.com/Bol61vv8Bc

Jean-Pierre falsely accused AIPAC of “alarming,” and “severely racist, Islamophobic rhetoric,” as well as “trafficking in anti-Muslim and anti-Arab rhetoric while lifting up Islamophobic voices and attitudes.”

Ironically, AIPAC itself is often accused by pro-Israel groups to its right as being too pro-Palestinian. AIPAC has staunchly defended the two-state solution to the Israeli-Palestinian conflict which calls for a state of Palestine on Jewish areas of the West Bank. AIPAC did not immediately back the Taylor Force Act, which cut U.S. aid to the Palestinian Authority over its so-called “pay-for-slay” scheme paying terrorists and their families.

Karine Jean-Pierre has courted controversy in the past. Prior her stint as a senior advisor to the Biden campaign, she had said that no one who had been “accused of sexual harassment or assault” should run for office. As Breitbart’s editor-at-large Joel Pollak noted Wednesday, Biden has been accused of sexual assault by Tara Reade — accusations that Harris said she believed. READ MORE

The post Joe Biden Is Surrounded With Anti-Semitic Radicals Who If He Wins, Will Create The Most Anti-Israel American Government Since Barack Obama appeared first on Now The End Begins.