The Roman Catholic pope who is the head of the world’s largest counterfeit Christian organization tweeted today that Jesus Christ is not our bridge to God the Father, and not our only path to Heaven. This morning, at 5:31 AM, Rome time, Jorge Bergoglio announced that it is Mary who is our path to God, and if you believe that you will burn in Hell for all eternity because you will have lived and died without a Saviour for your sins.

“For thou shalt worship no other god: for the LORD, whose name is Jealous, is a jealous God:” Exodus 34:14 (KJB)

According to the bible, for those of you that believe the bible, we can learn a number of things about Mary. Mary had sin that needed a sacrifice to cover, Luke 2:24. Mary called Jesus her Saviour, Luke 1:47, only sinners need a Saviour, sinless people do not. If Mary was sinless then she lied about needing a Saviour, lying is a sin, you get the picture. Mary did not stay a virgin, she had other 6 children according to Mark 6:1-3, a point backed up by Psalm 69:8. Obviously the real Mary of the bible is a person virtually unknown to any Roman priest, bishop or pope.

You are a liar and a false prophet. Only Jesus is our bridge to God, no one else and certainly not Mary. Repent you wicked, wicked man. #JesusSaves #NowTheEndBegins https://t.co/I9qb95eHmB

The bible does not record any miracles performed by Mary, no accounts of her praying for anyone, and certainly no accounts of anyone seeking her help or guidance. The only time she ever told someone what to do was in John 2:1-5, and what she told them was “do whatever my Son tells you to do”. Hmm. Yet somehow we are to believe that now in Heaven, Mary functions as the “bridge to God” and the path to Heaven for all of us down here on earth? That is one of the many lies of the Roman Catholic Church, invented in 1854 by Pope Pius IX.

Pope Pius IX is best known for writing the Roman Catholic doctrine concerning the character and nature of Mary, called the Ineffabilis Deus. Pius made many “infallible” statements about Mary, not the least of which include that she was “born sinless”, that she is seated in Heaven at the “right hand of Jesus”, that she is to be the object of the affections of Catholics, and that she is to be prayed to for guidance, wisdom and for the fulfillment of all the “needs of the faithful”. As if that wasn’t enough, Pius went on to threaten anyone who dared disagree with these statements, saying that they would be kicked out the Catholic Church, would be considered as apostate, and that would face the full “penalties established by law” for refusing to worship Mary.

ON DECEMBER 8, 1854, POPE PIUS IX ‘INFALLIBLY DECLARED’ THAT MARY WAS A DIVINE BEING AND COMMANDED CATHOLICS EVERYWHERE TO WORSHIP HER

If you’re a Roman Catholic, listen to me and listen well, your eternity depends on it. I was a Roman Catholic for nearly 30 years, and like you, I was trained to pray to the “virgin Mary”, to “venerate” her, but you know as well as I do that Catholics worship Mary. That is idolatry, the bible forbids and condemns it, and Mary herself would beg you not to do it.

“Be it known unto you all, and to all the people of Israel, that by the name of Jesus Christ of Nazareth, whom ye crucified, whom God raised from the dead, even by him doth this man stand here before you whole. This is the stone which was set at nought of you builders, which is become the head of the corner. Neither is there salvation in any other: for there is none other name under heaven given among men, whereby we must be saved.” Acts 4:10-12 (KJB)

Only Jesus Christ can save your soul, only Jesus Christ is the “bridge to God”, which is exactly what He was doing on the cross at Calvary. Jesus on the cross holds on hand with God the Father, and reaches out the other nail-pierced hand to you, and Jesus and Him alone is your bridge. Pope Francis is a liar, don’t believe a word that comes out of his mouth. Pope Francis is heading to Hell like a bullet, for the love of God, please don’t join him there. 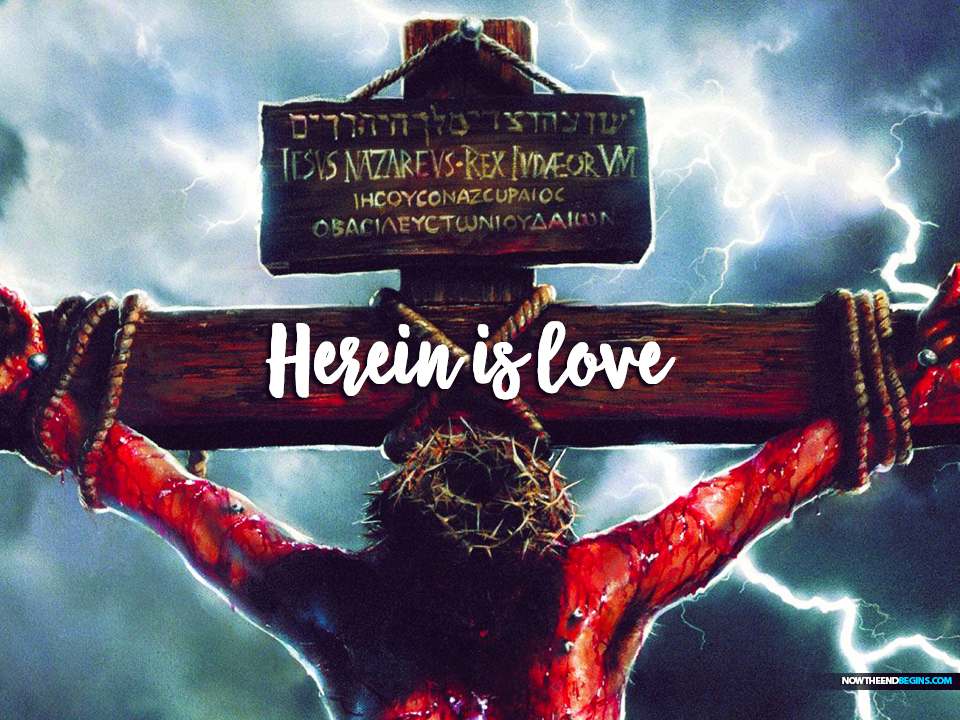 The post Pope Francis Commits Blasphemy Today By Tweeting Mary Is The ‘Bridge To God’, If You Believe That, You Will Join Him In A Burning Hell For All Eternity appeared first on Now The End Begins.