Going public in only 10 months and for under 100k, Sasquatch Resources Corp. has caught expert Penny Queen’s attention. In this article, she details what it is she finds so impressive about the resource company and where she believes it may be headed in the future. 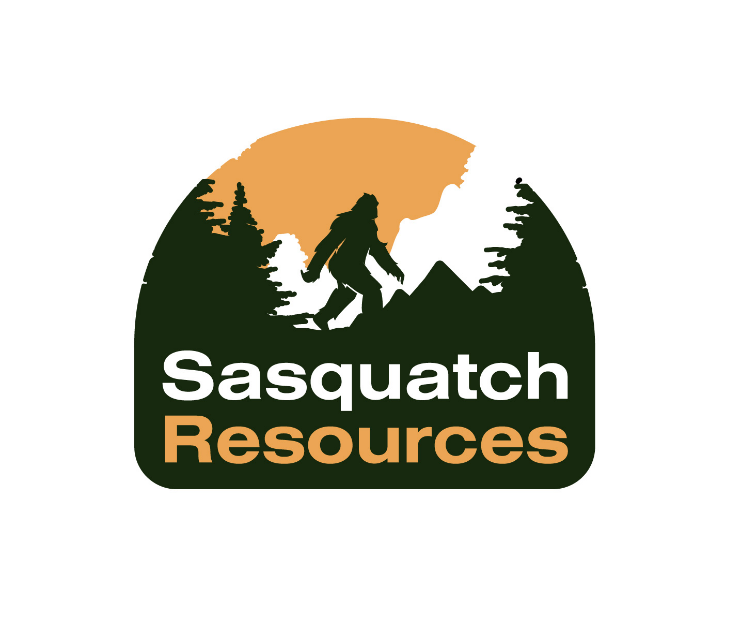 Sasquatch Resources Corp. (SASQ:CC;SASQ:CNX) happens to be my only precious metals prospect play.

To put it in perspective, my investing life is filled with gold bugs and their ilk, and yet this is the only company looking for gold that I hold. So why do I like it so much?

First, the economy is bad, and that is historically normally good for precious metals. More importantly, Sasquatch is cheap, and in my estimation, it has a great shot at becoming a producer.

It is also brand new and, like its namesake, not many people have seen it. Whether that is on their own or by being acquired, I don’t care.

For non-gold or precious metals enthusiasts, you need to understand how it works. People pay to claim land and go looking for gold.

This can be a very expensive and time-consuming project.

It normally involves a lot of research, pouring over historical records, then bringing out expensive drills, getting lab reports, hiring geologists, writing a 43-101 page report, and don’t forget spending around half a million to become a publicly traded company.

In the case of Sasquatch Resources and its property on Mt. Sicker, it was done very efficiently with a tightly knit and skilled crew, which has drastically decreased costs and increased shareholder value.

Under his direction, the company went public in only 10 months and for under 100k. For reference, the process normally takes a lot longer, and a trading shell alone is normally worth about $1 million, ignoring assets.

Some of the initial drillings were actually done with a backpack drill. The CEO and director, Pete Smith, was an attorney, Cambridge grad, former Supreme Court clerk (former pro-wrestler), and is currently a serial founder.

Under his direction, the company went public in only 10 months and for under 100k.

For reference, the process normally takes a lot longer, and a trading shell alone is normally worth about $1 million, ignoring assets.

I was involved in this project with my StreetSmart DealFlow network before it went public, and I got to watch it all come together. I have physically toured this claim and was able to find samples on my own that, even to my novice eyes, had visible mineralization.

On September 6th of this year, they finally made it public, with 2103 hectares on Mt. Sicker on Vancouver Island in British Columbia.

Less than two weeks later, they announced picking up an additional 1232 hectares adjacent to the property from an arm’s length investor, aka part of the team, for only the cost of the claim fee, about $3k.

The areas added were selected because of the historic minfile mineral occurrences (government records of resource discoveries).

The original 43-101 (Standards of Disclosure for Mineral Projects within Canada) showed a lot of the sampling done included some insanely high mineral levels, with the ranges as high as 23.3ppm gold, 397ppm silver, 10.65% Copper, and ~30% Zinc.

The question on this property is not, is there valuable resources, it is how much is there.

There are two known VMS deposits (Volcanogenic massive sulfide ore deposits), with one of them being in a major EM anomaly.

The constraints of the required 43-101 are, in my belief, a boon to any investor willing to put in some effort. There are many historical records that are not 43-101 compliant but can be found in the minfiles (and noted in the 43-101); I recommend reading or at least skimming through them.

As an example, this quote talks about the dump material at the Lenora mine: “In 1967, Mt. Sicker Mines Ltd. completed a feasibility study for leaching copper from dump material from around the past producing mines Lenora, Tyee and Richard lll. In 1969, an indicated mineral resources estimate was published for Lenora consisting of 317,485 tonnes averaging 1.6% copper, 0.65% lead, 6.6% zinc, 140 g/t silver, and 4.11 g/t gold”.

The five historic mines on the property go back as far as 1898, where gold, silver, zinc, copper, and lead were all mined. The mines produced over 350k tonnes of high-grade ore.

The question on this property is not, is there valuable resources, it is how much is there.

The five historic mines on the property go back as far as 1898, where gold, silver, zinc, copper, and lead were all mined. The mines produced over 350k tonnes of high-grade ore.

You might be asking yourself why you want to own mineral rights somewhere that someone already mined.

The biggest reasons are technology and economics. Most of the mining was done during times when a pick and axe were a miner’s tools. There were no aerial LIDAR or geophysical surveys, no handheld XRF analyzer guns, no historical records to point people in the right direction, and there was about 100 years less geological knowledge.

The ability to locate and extract minerals was generally inefficient and led to tailings piles that still have valuable metals. A general rule in mining is that the older the tailings are, the higher grades within them.

The economics of which minerals could be mined for profit was also much different. On Mt. Sicker, it appears that Zinc was simply tossed to the side; fortunately, in a large, neat, and tidy pile. (Several tailing piles and areas of waste rock around the claim could end up being processed by mobile processors.)

The prior opening and closing of mines across the Sasquatch claims seem to coincide with economic woes. The last mining occurred in 1953 when gold (adjusted for inflation) was under $400 an ounce. 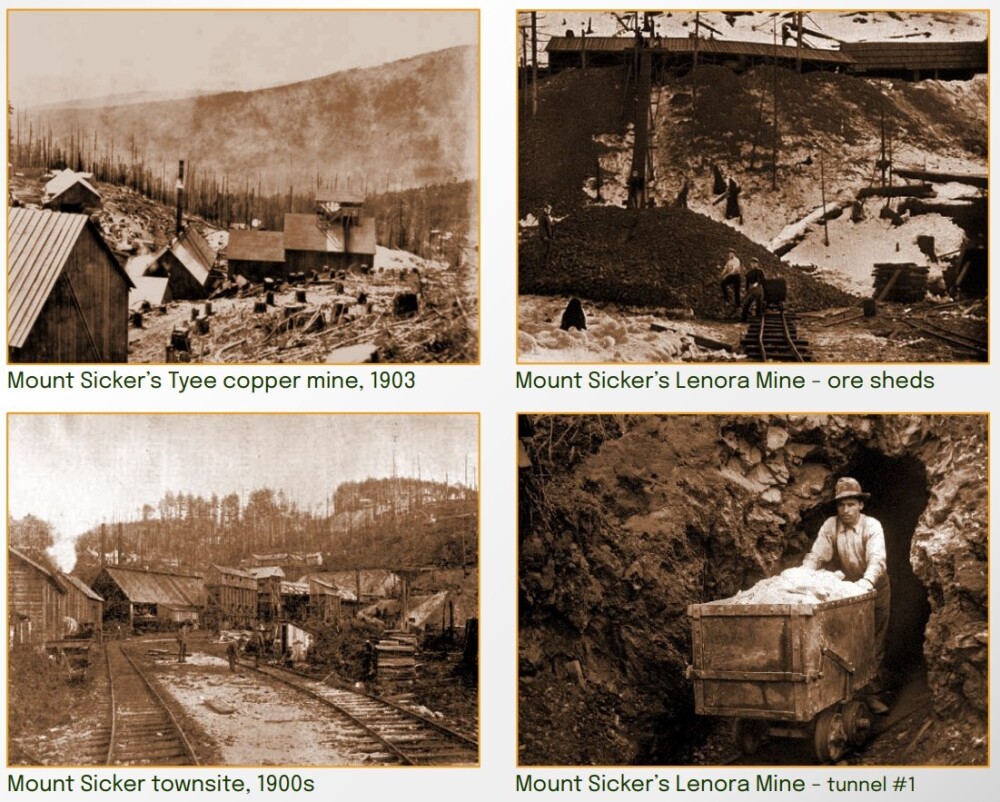 Sasquatch listed on September 6, 2022, with less than 18 million shares and only 6.1 million free trading shares. (Even my shares are still locked up for a few more months.)

I like a tight float, but I am really hoping some of the original founders and some of the private placement holders will be willing to part with some of their shares. My guess is that when the share price gets a little closer to everyone’s perceived value, that volume will increase significantly.

I have not and will not be compensated for this report in any way. I write reports on my favorite picks; this is meant to be educational and not investment advice, as I am not an investment advisor, just a mom on a mission to make the world better and make money along the way.

2) The following companies mentioned in this article are billboard sponsors of Streetwise Reports: None. Click here for important disclosures about sponsor fees. The information provided above is for informational purposes only and is not a recommendation to buy or sell any security. As of the date of this article, an affiliate of Streetwise Reports has a consulting relationship with: None. Please click here for more information.

5) From time to time, Streetwise Reports LLC and its directors, officers, employees or members of their families, as well as persons interviewed for articles and interviews on the site, may have a long or short position in securities mentioned. Directors, officers, employees or members of their immediate families are prohibited from making purchases and/or sales of those securities in the open market or otherwise from the time of the decision to publish an article until three business days after the publication of the article. The foregoing prohibition does not apply to articles that in substance only restate previously published company releases. As of the date of this article, officers and/or employees of Streetwise Reports LLC (including members of their household) own securities of Sasquatch Resources Corp., a company mentioned in this article.