With Brexit Official, What Will Happen With Green Energy? 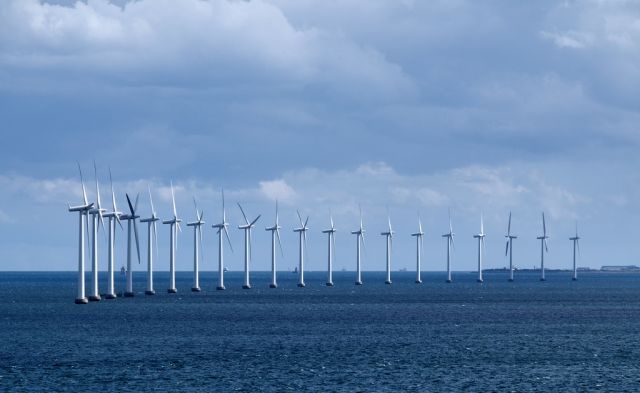 With Brexit Official, What Will Happen With Green Energy?
Brexit became official in January and this will change a lot of things. It will not only affect every industry in the United Kingdom, green energy will be hit hard. The UK has more wind farms than any other country in Europe but they rely on materials and expertise from the rest of the continent to stay up and running according to a new study from industry bodies WindEurope and RenewableUK.
The Study
The report suggests that a carefully planned trade deal is need or there will be tariffs imposed on EU products and services. Without freedom of movement, engineers in Europe could be prevented from coming to work in the UK. This study says that if a deal can’t be reached, the country won’t anticipate new tariffs. There are also concerns that the deadline for a deal on renewable energy is too soon.
The UK’s Renewable Sector
Currently the United Kingdom is a world leader in the green energy field. According to MoneyPug, an energy comparison site, last year the country generated nearly 50 percent of their electricity from non-fossil sources. Wind is the number one method for producing green energy in the UK, the other sectors such as solar, hydro, and other sources. The end of the free movement across borders will greatly effect this. It’s ironic because much of the Brexit vote was determined by the citizens who were concerned about immigration and EU influences.
Movement of People
According to the report, the movement skilled personnel between the EU and the UK. Trade in 4 services involve the movement of people could suffer from the end to free movement and visa requirements for the personnel. For example this will probably prevent German engineers from working on UK wind farms. The UK will have to apply trade measures on a case-by-case basis, which could have a positive impact for the competitiveness of wind turbines manufactured in the UK.
Materials
Brexit will greatly affect the materials that come into the United Kingdom, including types of steel from Japan and glass fiber fabrics from China, which are necessary for the production of wind turbines that could be imported without fees. While Asian materials will stay the same, the relationship the UK has with mainland Europe is very important as well. At present, the UK has a very strong record in green energy. But this might not last.
Falling Green Energy Stats
Onshore wind is the cheapest method for producing electricity in the UK. The newest onshore installations fell nearly 80 percent in 2018 and last year only one new onshore wind farm was built, which is the result of government policies that prevent renewable developers from competing for contracts. The government also scrapped the subsidies for solar panels on homes, which has led to a staggering reduction of 94 percent. It goes without saying that production of green energy will become more difficult, but there is still a chance that the UK will be able to move beyond these struggles and work towards a sustainable green energy situation in the UK.
The Future of Green Energy in the UK
With Brexit and the government decreasing subsidies, there are less government assurances than before. There are many eco-friendly energy companies popping up and investing in renewable power. The UK will have to recruit more than 100,000 people to fill energy roles in order to meet their energy goals. As the government leaves its position vacant, private citizens are needed to step up and take matters into their own hands. Wind must remain a valuable sector in the UK and the other green energy methods should grow and thrive.
It may be tough, but there is no reason to stop propping up the industry. It is an imperative. Whatever the obstacles, private people need to do to their part. Not only is it good for the country and the world, it can be good for you. If you are interested in green energy, you could discover new ways to get the materials and expertise to the UK to grow the industry and make some money while you are at it. Now that Brexit is official, the UK will have to work harder to keep their standing and move forward to remain one of the leaders in renewable energy.