Smart Meters are a serious Health Threat, I have the supporting links to all the information I am presenting to you in this article.

The word Smart Meter has become mainstream, yet almost no one has no clue what Smart meters do, or how Smart Meters can affect your health.

These are all symptoms of EMF Radiation Known to be generated by Smart Meters.

The issue with Smart Meters is that Smart Meters emit such an enormous amount of radiation that it is capable of penetrating the walls of your home and impacting your entire families health.

It’s like sitting on a radiation contamination site 24/7 365 days a year, as you will see from the video below.

The truth is there has been much research on done on Smart Meters and the EMF Radiation they emit into each home they are attached too.

Much of this information is dismissed as conspiracy theory and discredited. But the research is sound,

A group named “Physicians For Safe Technology” is one entity that has been researching health effects of Smart meters.

Even the FCC, World Health Organization and many others have issued warnings about Smart Meter Concerns.  Here is what they had to say. Source: PDF Here.

Smart meters have caused health problems throughout the US.  In May 2011, the World Health Organization determined that radiofrequency electromagnetic fields emitted from wireless devices are a class 2B possible human carcinogen, in the same class as lead, DDT, and chloroform.  The American Academy of Environmental Medicine opposes the installation of wireless smart meters based on the current medical literature.  People across the United States with AMI smart meters on their homes are reporting ringing in the ears, insomnia, strong headaches, nausea, heart palpitations, memory loss, anxiety and pain which began occurring after smart meters were installed. For someone who has electrosensitivity, smart meters contribute to the adverse health effects of this condition.

Since smart meters are a new technology, there is no scientific literature about the health risks of these devices.  But in a memo about smart meters from Poki Stewart Namkung, M.D. Health Officer at the Santa Cruz Health Services Agency to the Santa Cruz County Board of Supervisors, Dr. Namkung stated, “evidence is accumulating on the results of exposure to RF at non-thermal levels including increased permeability of the blood-brain barrier in the head (Eberhardt 2008), harmful effects on sperm, double strand breaks in DNA which could lead to cancer genesis (Phillips, 2011), stress gene activation indicating an exposure to a toxin (Blank, 2011), and alterations in brain glucose metabolism (Volkow, 2011).”

Wireless smart meters are capable of interfering with implanted medical devices. According to Gary R. Olhoeft, SBEE and SMEE (MIT) and Ph.D. (Physics, University of Toronto), and current Professor of Geophysics at Colorado School of Mines, smart meters can interfere with sensitive medical implants such as deep brain stimulators for Parkinson’s disease and pacemakers. He has experienced this type of interference and set up his home to minimize RF exposure. During a Black Hat security conference in August 2011, a security researcher who has diabetes demonstrated on stage how a third party can transmit wireless commands to remotely disable his insulin pump. The pump accepted and followed commands from any wireless source.

In a report issued by Sage and Associates on January 1, 2011, under certain computer modeling testing situations, multiple smart meters’ RF emissions may exceed Federal Communications Commission guidelines.   The possible FCC violations were determined based on both time-averaged and peak power limits  According to the report, “FCC compliance violations are likely to occur under normal conditions of installation and operation of smart meters and collector meters in California.  Violations of FCC safety limits for uncontrolled public access are identified at distances within 6” of the meter.  Exposure to the face is possible at this distance, in violation of the time-weighted average safety limits.”

People across the United States don’t want smart meters on their homes. There are organizations in almost every state fighting this deployment. Maryland Smart Meter Awareness and Stop Smart Meters are some of the groups who are spreading awareness and gaining opt rights.

Another study from the University of California, Santa Cruz by a researched named Daniel Hirsch, shows that EMF radiation from Smart Meters emit 160 times the amount of radiation that a cell phone emits. 160 times greater, that is stunning.

After removing any ineligible participants without confirmed address,  Dr Lamech took a survey of symptoms reported after the smart meters were placed. She found host of adverse physical health symptoms.

These symptoms had a negative effect on these peoples lives in terms of normal functioning.

Notably only 8% of the 92 final group reported they had electrosensitivity prior to the installation of smart meters, which Dr. Lamech states, “… points to the possibility that smart meters may have unique characteristics that lower people’s threshold for symptom development.”

Here is a short excerpt, from one such study I found, to help you understand how this damage happens:

“How Our Cells React To EMF Radiation

Our body makes over 2 million new red blood cells every second. This rapid creation of new cells leaves them vulnerable to stresses on the body. Inside of our red blood cells, there is actually a series of small receptors, located within the cell membrane. Although these receptors typically receive chemical signals from the body, they are also capable of being influenced by outside influence.

These receptors can actually sense man-made EMF radiation, and they react as if a foreign invader is entering the body and the bloodstream.

Sensing danger, the cells react by first inhibiting the active transport channels inside of the cell membranes, dramatically lowering their permeability, as well as their ability to function and interpret micronutrients. This does two harmful things:

Reduces the number of healthy nutrients that enter our cells.
Inhibits our cells ability to interpret and rid themselves of toxins and free radicals.

It should be pretty easy to understand that after just a short amount of time, cells that are unable to get needed nutrients and are unable to expel free radicals and toxins will soon become very damaged. The free radicals quickly saturate and build up within the cell, and this alters the cells ability to repair and replicate.”

With that said, it should be fairly easy to understand why large spikes of radio frequency radiation entering your home should be a significant concern.

In the past there hasn’t been much you can do to lower your exposure to RF radiation from smart meters. In some places where smart meters are being installed, people have the choice to opt in or opt out of having them, but this isn’t an option everywhere. SAFE & EASY INSTALLATION: Just slide over the glass portion of the smart meter and you’re done!

AFFORDABLE: Utility companies will charge you a one-time fee of $150.00 or more to come out and replace the smart meter with a conventional meter plus charge you $15.00 per month which is added to your monthly electric bill..

PORTABLE: Easy to take on/off – take it with you if you move.

EFFECTIVE: Blocks ~98% of smart meter radiation, while still allowing the utility company to receive a signal.

TESTED AND PROVEN to block ~98% of Smart Meter RF radiation

NO ADDITIONAL SHIELDING MATERIAL IS REQUIRED. Once installed, forms a “cage” with the metal utility box reducing RF exposure in ALL directions (including back toward the house)

FITS MOST US AND CANADIAN SMART METERS

100% MONEY BACK GUARANTEE! – If for any reason you are not completely satisfied with the EMF Blocking Smart Meter Cover, return it within 30 days for a full refund

Support BeforeitsNews by trying our natural health products! Join our affiliate program
Order by Phone at 888-809-8385 or online at www.mitocopper.com 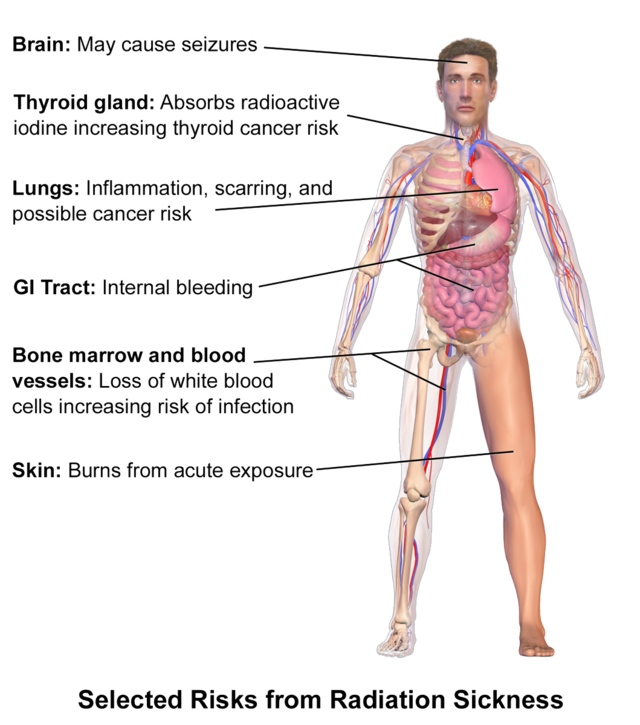 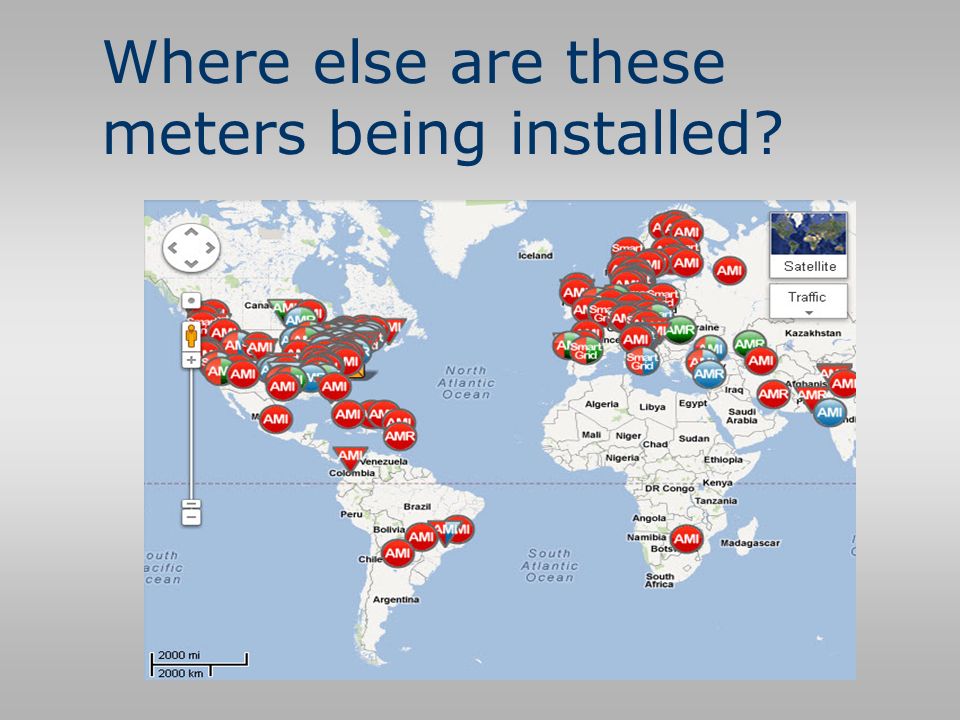