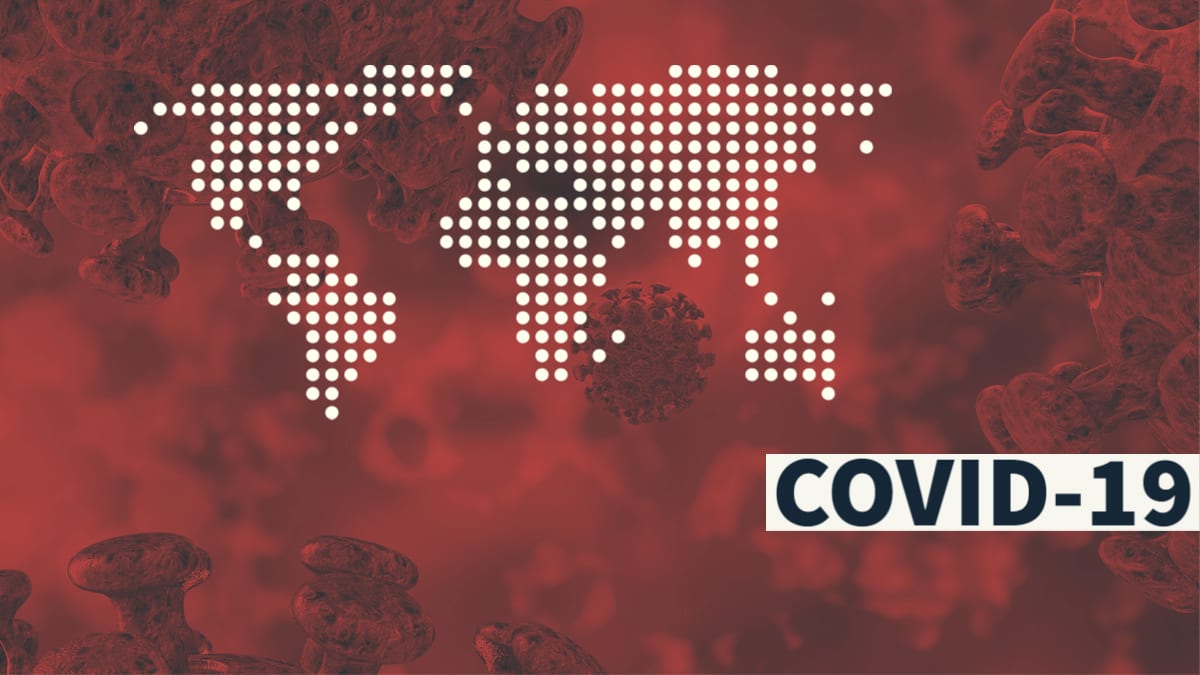 Coronavirus death rates are rising, so are fuel and food prices……

Remember the fuel shortage emergency during the 70′s and like stupid fools, we all sat in line for 2 to 3 hours to get fuel on certain designated days, but years later, we discovered that fully loaded tankers sat still in the Gulf?

This man-made created virus [Bio-Weapon] was designed to create, not only deaths, but fear and panic.

Many reasons are floating around, among one….the crash of the economy when people stop buying while hiding behind their doors out-of-fear, but worse than that….loss of freedoms via a declared ‘pandemic’ and forced vaccinations.

NO…..everyone reading this report are NOT going to die from COVID-19, unless you already have other complications by which the FLU could kill you as easily. YES…..COVID-19 is extremely dangerous, genome specific, and because it is easily spread, far easier than the flu. The danger is what can come from COVID-19.

The fear factor is the stigma created by a handful of Deep State [W.H.O. / C.D.C.] bastards in an attempt to eventually blame Trump for “not doing enough to keep Americans safe from COVID-19.”

Throw-in a few airline flights or cruise ships with COVID-19 cases, and a few dead along the way, local governments get the phone call from C.D.C. and all hell breaks loose in places like San Francisco near Travis Air Force Base where cases are quarantined like prisoners.

It’s NOT the virus being the danger, it’s the loss of freedoms by forced quarantined areas and commerce coming to a halt. The typical citizen is likely unprepared and lacking supplies….panic sets-in while the stigma forces others to stop shopping, etc.

The stigma eventually freaks-out delivery drivers, shippers can’t get their products to markets, and commerce comes to a halt.

THEN…all of a sudden, the [already] vaccine is released in 12 to 18 months, after thousands of deaths, far less than the common flu, mandatory vaccines will be required by the Deep State players, and because Trump did nothing, the likelihood of a Bernie as president makes the wag-the-dog scenario a reality and the pharmaceutical industry wins again.

The Deep State criminals facing arrest and GITMO are the ones in a PANIC when the [DECLAS] declassification is revealed, but in the meanwhile, the fakestream media are focusing on three factors involving the virus to divert attention away from them ! Those three factors: (1) Pandemic / Economic calamity (2) Trump (3) 2020 Election.

The COVID-19 stigma has a psychological affect most everywhere, especially for those with the common cold or flu, on a plane, train, bus or at the food market. Those conditions alone are forcing the population from venturing outdoors, shopping, or flying….BECAUSE, they could easily find themselves removed from their families, pets killed on-the-spot….forced isolation for 14 to 27 days in a FEMA camp or a medical facility with OTHERS having COVID-19.

If you are of the consensus that none of the above will happen, then you are among those that have the most to lose. Ignorance and complacency is a population’s down-fall, perpetuated by a lying media. “Get your vaccine shots, vote for Bernie and all will be well.”

What will many gun owners do if medical SWAT teams show-up at their door to remove them? What a convenient excuse to target militia, dissenters, and others as they are doing in China !

How do we as an informed public avoid playing into the World War Deep State III [WWDS III] agenda?

Prepare for the worse and hope for the best by stocking-up on key supplies before someone with the flu (and a fever) is quarantined in your city or town with alleged COVID-19, which of course…..causes a panic (anyway) since store shelves begin to dwindle. Therefore….don’t add to the panic by clearing the shelves of every can of beans and all the cat litter you can load in your cart, but go shopping in a normal manner, but more than you usually shop…….BUT BEFORE your community is slapped with the COVID-19 stigma.

Thousands begin to die from flu [reported], pneumonia and other complications labelled COVID-19, and the head of two snakes [W.H.O. / C.D.C.] force Trump to declare a Medical Martial Law…..the supply chain of food and gas stops….ATM’s will not dispense (dirty) money, people can’t go work, the streets are empty of traffic and people…. law enforcement / military will patrol the neighborhoods looking to grab anyone not wearing a cheap mask and the FEMA Camps begin opening-up for business across the country.

NO>…You are NOT going to die from COVID-19, but worse than death is the loss of freedoms, loss of a paycheck, toilet paper and cat litter…..not to mention utilities, i.e., water, and electric, if the wag-the-dog virus excels.

The COVID-19 is weaponized and easily transmitted more than the flu, but NOT deadlier than the flu.

The economy and Wall Street could collapse, the Deep State will blame Trump, the Dems could win 2020 and all will be well, especially when the C.D.C. mandates forced vaccinations, while many (right now) are scrambling to Walgreens for their flu shots……and they wonder why they get the flu anyway !

It’s all a major scam by the Deep State, using China as the scapegoat, but at the same time is a very dangerous virus, not because it can kill you like the flu, but is very dangerous to our country’s future as a Republic.

As (we) told you over and over….the Deep State had one more or two rabbits they would pull out of their hats to further destroy the United States, a sitting president, and reign-in a New World Order. In their own words….”it will take a full blown world pandemic to force populations around the world to beg (us) for a solution(sic).”

We are there…..get prepared, you won’t die, but you might starve.

My last report concerning the lack of CDC testing kits for U.S. Border Patrol, (in my opinion) will be the last attempt by the Deep State to agitate the crisis along the Southwest border, while COVID-19 spreads northward into the heart of America.

Even though, that scenario looks bad for the “Open Border” pundits, but will be a clue the wag-the-dog agenda is failing elsewhere in America, thus forcing the Deep State to use illegal aliens (as they do with everything else) to help bring down America.

“Until now, health officials said they’d hoped to prevent community spread in the United States. But following community transmissions in Italy, Iran and South Korea, health officials believe the virus may not be able to be contained at the border and that Americans should prepare for a “significant disruption.”—CDC

This entire agenda is a war against humanity, but in particular…..punishment for voting Trump into office and an attempt to keep us from re-electing him in November.

THE DEEP STATE WILL CONTINUE TO FAIL……[DECLASS]