Sugar has been implicated in Alzheimer’s disease. High levels of blood sugar have been shown to cause memory problems even when they are not at levels that qualify as diabetic and the fluctuation in blood sugar is mild.

Alzheimer’s disease, a severe form of dementia, affects an estimated 5.2 million Americans, according to 2013 statistics.

One in nine seniors over the age of 65 has Alzheimer’s, and the disease is now thought to be the third leading cause of death in the US, right behind heart disease and cancer.

A growing body of research suggests there’s a powerful connection between your diet and your risk of developing Alzheimer’s disease, via similar pathways that cause type 2 diabetes.

Contrary to popular belief, your brain does not require glucose, and actually functions better burning alternative fuels, especially ketones, which your body makes in response to digesting healthy fats.

According to some experts, such as Dr. Ron Rosedale, Alzheimer’s and other brain disorders may in large part be caused by the constant burning of glucose for fuel by your brain.

Alzheimer’s disease was tentatively dubbed “type 3 diabetes” in early 2005 when researchers discovered that in addition to your pancreas, your brain alsoproduces insulin, and this brain insulin is necessary for the survival of brain cells.

In your brain, insulin helps with neuron glucose-uptake and the regulation of neurotransmitters, such as acetylcholine, which are crucial for memory and learning. This is why reducing the level of insulin in your brain impairs your cognition.

Research has also shown that type 2 diabetics lose more brain volume with age than expected—particularly gray matter. This kind of brain atrophy is yet another contributing factor for dementia.

Studies have found that people with lower levels of insulin and insulin receptors in their brain often have Alzheimer’s disease. But according to recent research published in the journal Neurology, sugar and other carbohydrates can disrupt your brain function even if you’re not diabetic or have any signs of dementia.

To test their theory, they evaluated short- and long-term glucose markers in 141 healthy, non-diabetic, non-demented seniors. Memory tests and brain imaging were administered to assess their brain function and the actual structure of their hippocampus. As reported by Scientific American:

“Higher levels on both glucose measures were associated with worse memory, as well as a smaller hippocampus and compromised hippocampal structure.

The researchers also found that the structural changes partially accounted for the statistical link between glucose and memory. According to study co-author Agnes Flöel, a neurologist at Charité, the results ‘provide further evidence that glucose might directly contribute to hippocampal atrophy.’”

The findings suggest that even if you’re not diabetic or insulin resistant (and about 80 percent of Americans fall into the latter category), sugar consumption can still disrupt your memory.

Long-term, it can contribute to the shrinking of your hippocampus, which is a hallmark symptom of Alzheimer’s disease. (Your hippocampus is involved with the formation, organization, and storage of memories.)

The authors of the study suggest that “strategies aimed at lowering glucose levels even in the normal range may beneficially influence cognition in the older population.”

Neurologist Dr. David Perlmutter, MD insists that being very strict in limiting your consumption of sugar and non-vegetable carbs is one of THE most important steps you can take to prevent Alzheimer’s disease for this very reason. 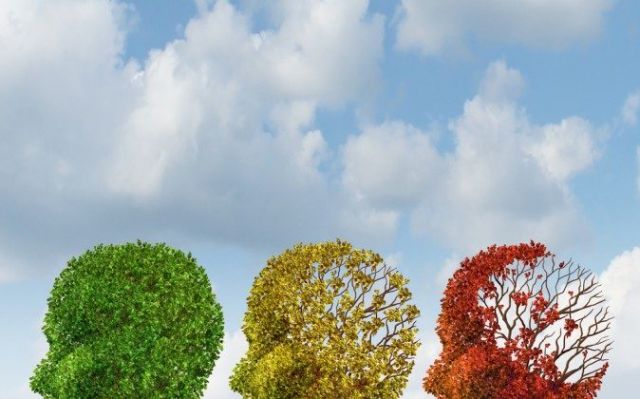