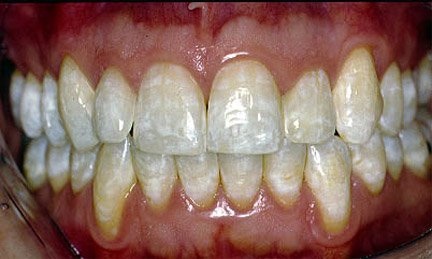 The US government has begrudgingly admitted they’ve overdosed Americans on fluoride and, for the first time since 1962, is lowering their recommended level of fluoride in drinking water.

The CDC reports that around 40% percent of Americans have dental fluorosis, a condition referring to changes in the appearance of tooth enamel — from chalky-looking lines and splotches to dark staining and pitting — caused by long-term ingestion of fluoride during the time teeth are forming.

The optimal fluoride level in drinking water to prevent tooth decay should be 0.7 milligrams of fluoride per liter of water (mg/L), the U.S. Department of Health and Human Services (HHS) announced Monday, down from an accepted previous fluoride level of 0.7 to 1.2  of water mg/L.

The HHS has stated that the newly recommended change is because “Americans now have access to more sources of fluoride, including toothpaste and mouth rinses than they did when municipal officials first began adding the mineral to water supplies across the United States.”

Federal health officials say the new recommended level will maintain the protective benefits of water fluoridation and reduce the occurrence of dental fluorosis. 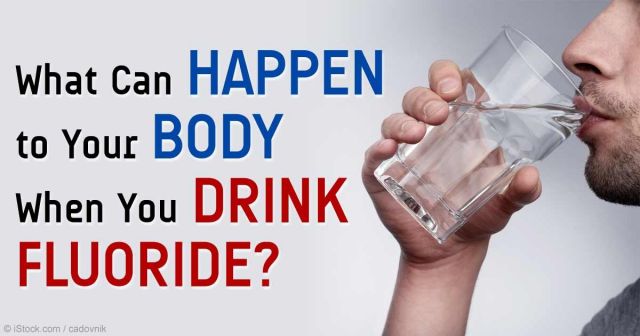 Should We Be Adding A Drug To Our Public Drinking Water?

Dr. Mercola sums it up clearly:

“If a doctor somehow managed to force a patient to take a drug with known toxic effects and failed to inform them of the dosage and frequency, and never monitored their health outcome, they would be medically negligent and liable to legal and medical board action.”

The theory is that fluoride is added to public drinking water in order to prevent tooth decay, however, fluoride has never been officially approved by the FDA for the prevention of cavities.

The fact is, even with the new lowered acceptable limit of fluoride, we can’t control or properly monitor the total amount of fluoride being ingested by the public when we take into account the number of fluoride people is getting from food, toothpaste, mouth rinses, beverages, etc. Dental Fluorosis Not The Only Concern With Fluoride Ingestion

“Dental fluorosis is the most visible form of fluorosis, but it’s far from being “just cosmetic” and of no further concern,” says Mercola.

It can also be an indication that the rest of your body, such as your bones and internal organs, including your brain, has been overexposed to fluoride as well.

In other words, if fluoride is having a visually detrimental effect on the surface of your teeth, you can be virtually guaranteed that it’s also damaging other parts of your body, such as your bones. Skeletal fluorosis, which isn’t visible, is very difficult to distinguish from arthritis.

The second clinical stage of skeletal fluorosis is characterized by:

It is important to remember that once fluoride is swallowed, it does not directly and solely collect in your teeth enamel. Rather, it accumulates throughout your body’s bones and tissues.

Interestingly, both the CDC and the World Health Organization (WHO) have noted that there is no discernible difference in tooth decay between developed countries that fluoridate their water and those that do not.

Even more cause for concern comes from a 2006 NRC report which stated for the first time that fluoride is an “endocrine disruptor,” which means it has the potential to play havoc with the biology and fate of humans and animals. This is far more significant than severe dental fluorosis.