These findings add knowledge to the field by refining methods to study mental imagery and vision. In the long-term, it could have applications for mental health disorders affecting mental imagery, such as post-traumatic stress disorder. One symptom of PTSD is intrusive visual reminders of a traumatic event. If the neural function behind these intrusive thoughts can be better understood, better treatments for PTSD could perhaps be developed.An ibis as “seen” by a machine, 2015. This processed image, which is based on a photograph by Dr. Zachi Evenor, is courtesy of software engineer Guenther Noack, 2015, and is reproduced from Wikimedia Commons (CC BY 4.0). 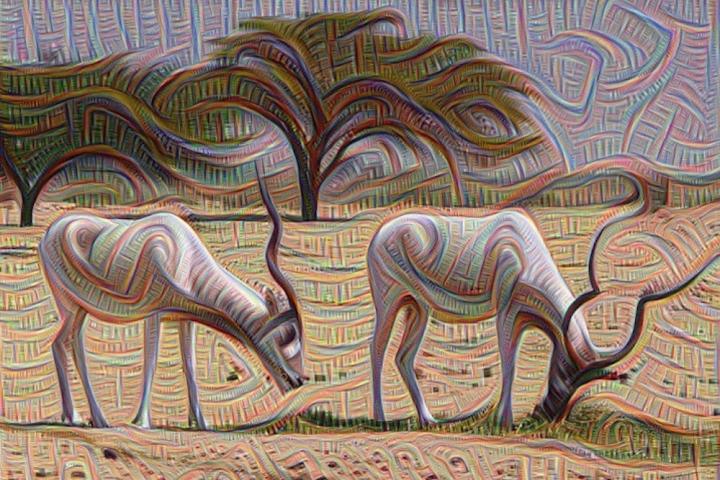 The study was conducted by an MUSC research team led by Thomas P. Naselaris, Ph.D., associate professor in the Department of Neuroscience. The findings by the Naselaris team help answer an age-old question about the relationship between mental imagery and vision.

“We know mental imagery is in some ways very similar to vision, but it can’t be exactly identical,” explained Naselaris. “We wanted to know specifically in which ways it was different.”

To explore this question, the researchers used a form of artificial intelligence known as machine learning and insights from machine vision, which uses computers to view and process images.

The Naselaris team trained this network to see images and then took the next step of having the computer imagine images. Each part of the network is like a group of neurons in the brain. Each level of the network or neuron has a different function in vision and then mental imagery.

The photo of an ibis by Dr. Zachi Evenor on which the computer-processed image is based 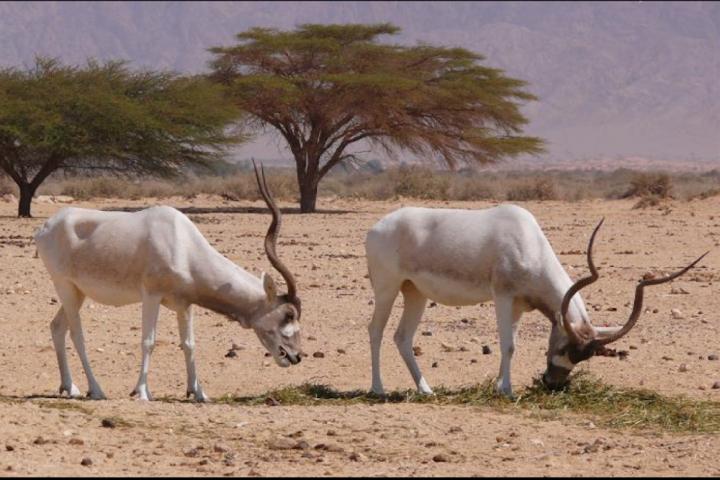 To test the idea that these networks are similar to the function of the brain, the researchers performed an MRI study to see which brain areas are activated with mental imagery or vision.

While inside the MRI, participants viewed images on a screen and were also asked to imagine images at different points on the screen. MRI imaging enabled researchers to define which parts of the brain were active or quiet while participants viewed a combination of animate and inanimate objects.

Once these brain areas were mapped, the researchers compared the results from the computer model to human brain function.

“When you’re imagining, brain activity is less precise,” said Naselaris. “It’s less tuned to the details, which means that the kind of fuzziness and blurriness that you experience in your mental imagery has some basis in brain activity.”

Naselaris hopes these findings and developments in computational neuroscience will lead to a better understanding of mental health issues.

The fuzzy dream-like state of imagery helps us to distinguish between our waking and dreaming moments. In people with PTSD, invasive images of traumatic events can become debilitating and feel like reality in the moment. By understanding how mental imagery works, scientists may better understand mental illnesses characterized by disruptions in mental imagery.

“When people have really invasive images of traumatic events, such as with PTSD, one way to think of it is mental imagery dysregulation,” explained Naselaris. “There’s some system in your brain that keeps you from generating really vivid images of traumatic things.”

A better understanding of how this works in PTSD could provide insight into other mental health problems characterized by mental imagery disruptions, such as schizophrenia.

For now, Naselaris is focusing on how mental imagery works, and more research needs to be done to address the connection to mental health.

A limitation of the study is the ability to recreate fully the mental images conjured by participants during the experiment. The development of methods for translating brain activity into viewable pictures of mental images is ongoing.

This study not only explored the neurological basis of seen and imagined imagery but also set the stage for research into improving artificial intelligence.

“The extent to which the brain differs from what the machine is doing gives you some important clues about how brains and machines differ,” said Naselaris. “Ideally, they can point in a direction that could help make machine learning more brainlike.”

Loading...
"Not by might, nor by power, but by my spirit, saith the Lord of hosts." Zechariah 4:6
BEFORE IT'S NEWS ON TELEGRAM
GET THE TELEGRAM APP - https://telegram.org/ JOIN OUR CHANNEL - https://t.me/BeforeitsNews
Read it..
BEFORE IT'S NEWS
SIGN UP FOR OUR NEWSLETTER
Today's Top Stories
X22Report: Big News Coming, Absolutely Breathtaking, it’s Worse Than We Originally Thought - Must Video!
Anonymous: "They Threatened to Kill Me if I Talk About This" Only a Few People Know About This
Israel Used A Tactical Nuclear Weapon Called The Delilah Missile In Lebanon - The Flames Of World War 3 May Have Been Ignited
Our Solar System's Shape
Masks Mandates Have Major Impact, Study Finds
Ammonia Sparks Unexpected, Exotic Lightning on Jupiter
An Iconic Native American Stone Tool Technology Discovered in Arabia
Lava Tubes on Mars and the Moon Are So Wide They Can Host Planetary Bases
‘Little Brain’ or Cerebellum Not So Little After All
Surprisingly Dense Exoplanet Challenges Planet Formation Theories
Loading...
Featured
Deborah Tavares: The Year of the Cabal / Unfolding of Agenda 21
Huge! Black Trump Supporters March On LA!! The Black Exodus of The Democrat Party Is In Full Effect! - Great Video
If you don't take a stand now, we'll lose this country...(videos)
Covering Up the Awakening – Massive Lockdown Protest in Berlin Downplayed and Demonized by MSM
Oprah & 'Whiteness': Here's How the Left is Changing the Definition of Racism! - Great Video
David Icke: You're Being Manipulated & Don't Even Know It!! - Great Video
Are We One Major Crisis Away From Seeing the Antichrist Rise to Power? (Video)
Appeals Court Trashes Obama Administration Prosecution of Nevada Rancher Cliven Bundy & Sons
Banks Cut Off Credit & Prepare for Loan Losses as Demand Collapses, Auto Loan Demand Hits Record Low! - Great Video
We Are Approaching The Event Horizon! Be Prepared for What Is to Come! - Great Video
At some point in time, you gotta hold yourself accountable!
Loading...
Top Global
Covering Up the Awakening – Massive Lockdown Protest in Berlin Downplayed and Demonized by MSM
David Icke: You're Being Manipulated & Don't Even Know It!! - Great Video
August Is Going To Be A Hot Month -- 6 Explosions/Fires in 24 Hours
Beirut Before and After, Hanger 12 Is Now a "Sea Cove"
Hyperinflation Arrives in the Middle East
Jim Stone: I Doubt This Was "2700 Tons of Ammonium Nitrate" That Was Never Even Mixed With Fuel to Make it Go Boom - Something Else Did This (Video)
Europe’s Top Health Officials Say Masks Aren’t Helpful in Beating COVID-19
Beirut Lebanon Blast Examined - Great Compilation Video by Shaking My Head!
Who Was Behind The Beirut Bomb Blast? Was Beirut Explosion A Missile Attack Or A DEW Weapon? Who Benefits? Great Videos by Brendon O’Connell and His Friend in Lebanon
The Beirut Bombing: (August 4, 2020) Happy Birthday President O-BOMB-A - Did We Ever Have a Blast!
Loading...
Top Alternative
New Hampshire: Ask Gov. Sununu to Veto Firearm Seizure Bill
The Fictional Covid-19 Flu Documentary. Worldwide Jewish Communism Coming To A Neighbourhood Near You Disguised As A Virus. Great Video By Shaking My Head.
Beirut Before and After, Hanger 12 Is Now a "Sea Cove"
SpaceX Dragon Mockery. Did Stanley Kubrick Fake The Moon Landing As Requested By Henry Kissinger And Rumsfeld? 13 Reasons Why The Moon Landing Was FAKE. Great Videos.
New York City Will Now Have COVID-19 Checkpoints That Remind Me Of The ‘Show Me Your Papers’ Interrogations From WWII Nazi Germany
This Hidden Secret Biblical Story Details Something That Scholars Can't Explain via Unexplained Mysteries
Beirut Dew Weapon Bombshell! Just Before Explosion a Mysterious Spherical Object Was Seen
Gold $2,057, Silver $28.05: Printing Rages On!
Lori Colley: Designated Target Beirut! Breathtaking... Accidents? Potus Coup!
Chilling Primary Vote Just Revealed an Unexpected November Nightmare That Trump Will Face!