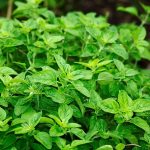 (NaturalHealth365) Diabetes, which currently affects more than 10 percent of the American population, is increasing at an unprecedented rate.  In fact, according to the U.S. Centers for Disease Control and Prevention (CDC), “diabetes or prediabetes affects over 100 million people in the U.S.” An alarming statistic, to say the least!

Now, more than ever, we need a safe and effective treatment.  And, researchers are saying that a pair of fragrant, flavorful herbs may hold the key – without the risk of unwanted side effects.

In a study conducted by researchers from the American Chemical Society and published in Journal of Agricultural and Food Chemistry, rosemary and oregano were found to inhibit an enzyme, dipeptidyl peptidase IV, that promotes the secretion of insulin. Protein tyrosine phosphatase – which plays a role in insulin signaling – has led researchers to conclude that the herbs could be useful in preventing and treating diabetes.

Lead author and researcher Elvira Gonzalez de Mejia noted that although some cases of diabetes can be controlled through diet and exercise, many patients lack the discipline to follow a successful program.  In addition, anti-diabetic drugs can be costly, as well as featuring negative side effects.

On the other hand, herbs offer a safe, natural and cost-effective method of lowering blood sugar levels.

What are the beneficial properties of rosemary and oregano?

If you don’t have access to fresh rosemary and oregano, no worries – although, of course, it is always preferable to use fresh, organic herbs whenever possible, the dried “supermarket” version is just as effective when it comes to lowering blood sugar.

The researchers tested the effects of both greenhouse-grown and commercial dried extracts.  Not surprisingly, they found that the greenhouse version of the herbs had higher levels of beneficial polyphenols and flavonoids.

However, the commercial dried extracts functioned just as well to lower blood sugar.

Polyphenols and flavonoids in rosemary and oregano shown to target inflammation

Courtesy of their high levels of phytochemicals, both rosemary and oregano are potent inflammation fighters. This pair of herbs is particularly rich in gallic acid, with some samples containing as much 430 micrograms per milligram of dried weight.

In another study published in 2014 in International Journal of Inflammation, gallic acid not only had a beneficial effect on mice with laboratory-induced sepsis, it completely reversed lipid peroxidation – the damaging degradation of fats.

In addition, both rosemary and oregano are rich in antioxidant rosmarinic acid, beneficial volatile oils such as cineol, camphene and borneol, and the antioxidant vitamins A and C.

Rosemary’s beneficial effects aren’t limited to inhibiting diabetes and promoting healthy blood sugar levels. By reducing oxidative stress in the part of the brain that controls learning and memory, rosemary may help to alleviate cognitive deficits that accompany aging.

According to several studies conducted at Saint Louis University School of Medicine, several enhanced proprietary rosemary and spearmint extracts improved the cognitive performance of animals with age-related cognitive decline. The research team expressed hope that the herbs could be used to reduce cognitive problems occurring in the early stages of dementia.