BATTLE FOR WORLD | October 13, 2020:  After President Trump’s announcement that he had coronavirus he was taken to Walter Reed military hospital for treatment, part of which consisted of an experimental polyclonal antibody cocktail created by the US biotechnology company Regeneron helping his recovery.

It was later revealed that the polyclonal antibodies given Trump where produced using mice.

After Trump’s coronavirus treatment was completed, he successfully recovered from the contagious virus COVID-19. Shortly after The Times of Israel reported that researchers at the Tel Aviv University developed an antibody cocktail they said could potentially be superior to that of Regeneron’s. And that their treatment is entirely based on artificial human antibodies, while Regeneron is reportedly made with antibodies cultivated from mice.

(BattleForWorld: What the Israeli researchers revealed next, is something that has been kept secret for decades in the vaccine industry.)

“Our antibodies are something very similar to what President Trump received,” said immunologist Natalia Freund to The Times of Israel. “The difference is that the cocktail he received was reportedly based in part on antibodies produced by genetically modified mice, while these [the Israeli therapy] are based on human antibodies, which means that, in terms of safety, stability and lower likelihood of adverse effects, there are advantages.”

Dr. Judy Mikovits from the United States was the one who exposed the dirty secret that the vaccine industry were using animal (dog, cat, monkey, etc.) cell-line to develop vaccines, and that these cell-lines are naturally contaminated with retroviruses, etc. which end up causing side-effects, illnesses and even death in humans.

The British bio-tech firm AstraZeneca had to pause twice their vaccine trials for the coronavirus after two candidates in the trial suffered a rare neurological condition – the rare inflammatory disease, transverse myelitis, that affects the spinal cord, causing weakness, sensory alterations, and autonomic nervous-system dysfunction.

The Russians revealed that the vaccine by AstraZeneca is based on chimpanzee adenovirus of which have never been used to create registered vaccines. The Russians also noted that they refuse to use animal cells to produce their vaccines and instead only human cells due to safety concern. (BattleForWorld: If the Russians are aware of this safety problem, don’t you think the know-it-alls in the West also do? Why are scientists in the West developing such risky vaccines? Because it’s cheap?)

The researchers behind the development of the Israeli antibody cocktail said it has not yet been tested on humans, but that the team is negotiating with pharma companies to start trials. And that the cocktail could be useful for both treatment and prevention of the COVID-19 coronavirus.

(BattleForWorld: The question many journalists should be asking is how many of these coronavirus vaccines are using animal cells…?) 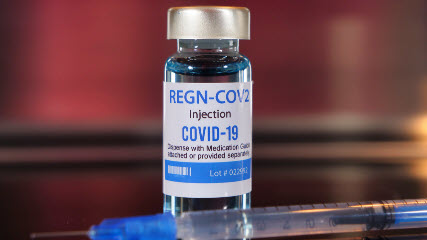