The brains of healthy adults recovered faster from a mild vascular challenge and performed better on complex tests if the participants consumed cocoa flavanols beforehand, researchers report in the journal Scientific Reports. In the study, 14 of 18 participants saw these improvements after ingesting the flavanols.

Previous studies have shown that eating foods rich in flavanols can benefit vascular function, but this is the first to find a positive effect on brain vascular function and cognitive performance in young healthy adults, said Catarina Rendeiro, a researcher and lecturer in nutritional sciences at the University of Birmingham who led the research with University of Illinois at Urbana-Champaign psychology professors Monica Fabiani and Gabriele Gratton.Cocoa pod growing at the trunk of a cocoa tree at the Maison du cacao, Guadeloupe 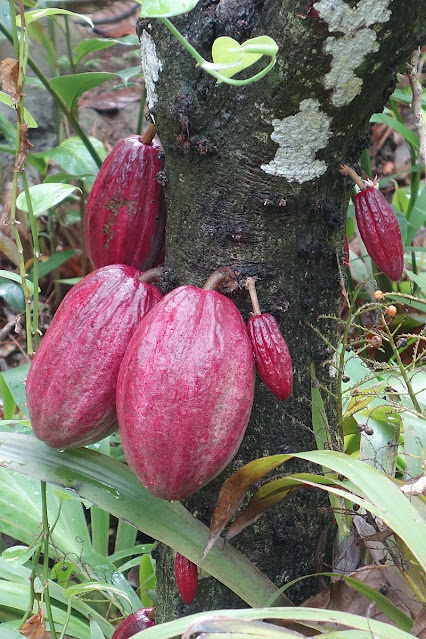 “Flavanols are small molecules found in many fruits and vegetables, and cocoa, too,” Rendeiro said. “They give fruits and vegetables their bright colors, and they are known to benefit vascular function. We wanted to know whether flavanols also benefit the brain vasculature, and whether that could have a positive impact on cognitive function.”

The team recruited adult nonsmokers with no known brain, heart, vascular or respiratory disease, reasoning that any effects seen in this population would provide robust evidence that dietary flavanols can improve brain function in healthy people.

The team tested the 18 participants before their intake of cocoa flavanols and in two separate trials, one in which the subjects received flavanol-rich cocoa and another during which they consumed processed cocoa with very low levels of flavanols. Neither the participants nor researchers knew which type of cocoa was consumed in each of the trials. This double-blind study design prevents researchers’ or participants’ expectations from affecting the results.
With their colleagues, U. of I. psychology professors Gabriele Gratton, left, and Monica Fabiani found evidence that ingesting flavanols can positively influence neurovascular health and brain function. 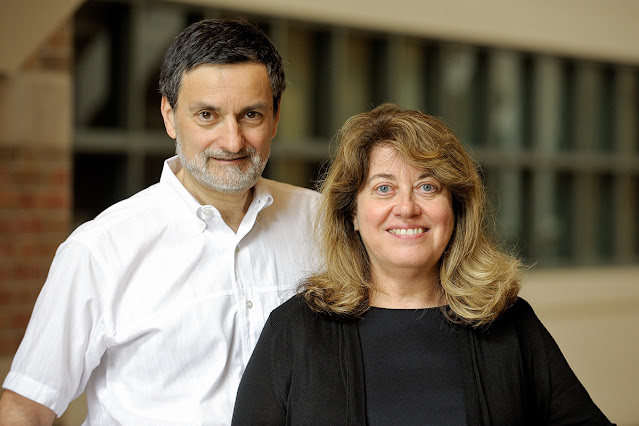 About two hours after consuming the cocoa, participants breathed air with 5% carbon dioxide – about 100 times the normal concentration in air. This is a standard method for challenging brain vasculature to determine how well it responds, Gratton said.

The body typically reacts by increasing blood flow to the brain, he said.

“This brings in more oxygen and also allows the brain to eliminate more carbon dioxide,” he said.

With functional near-infrared spectroscopy, a technique that uses light to capture changes in blood flow to the brain, the team measured oxygenation in the frontal cortex, a brain region that plays a key role in planning, regulating behavior and decision-making.

“This allows you to measure how well the brain defends itself from the excess carbon dioxide,” Fabiani said.

Most of the participants had a stronger and faster brain oxygenation response after exposure to cocoa flavanols than they did at baseline or after consuming cocoa lacking flavanols, the researchers found.

After ingesting the cocoa flavanols, participants also performed better on the most challenging cognitive tests, correctly solving problems 11% faster than they did at baseline or when they consumed cocoa with reduced flavanols. There was no measurable difference in performance on the easier tasks, however. 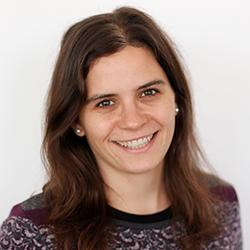 “This suggests that flavanols might only be beneficial during cognitive tasks that are more challenging,” Rendeiro said.

Participants varied in their responses to cocoa flavanols, the researchers found.

“Although most people benefited from flavanol intake, there was a small group that did not,” Rendeiro said. Four of the 18 study subjects had no meaningful differences in brain oxygenation response after consuming flavanols, nor did their performance on the tests improve.

“Because these four participants already had the highest oxygenation responses at baseline, this may indicate that those who are already quite fit have little room for improvement,” Rendeiro said. “Overall, the findings suggest that the improvements in vascular activity after exposure to flavanols are connected to the improvement in cognitive function.”

Fabiani and Gratton are affiliates of the Beckman Institute for Advanced Science and Technology at the U. of I.

A Birmingham-Illinois Seed Grant and the National Institute on Aging supported this research.

Contacts and sources:
Diana Yates
University of Illinois – at Urbana-Champaign

Loading...
"Not by might, nor by power, but by my spirit, saith the Lord of hosts." Zechariah 4:6
BEFORE IT'S NEWS ON TELEGRAM
GET THE TELEGRAM APP - https://telegram.org/ JOIN OUR CHANNEL - https://t.me/BeforeitsNews
Read it..
BEFORE IT'S NEWS
SIGN UP FOR OUR NEWSLETTER
Today's Top Stories
Never to Be: Major Arrests? Emergency Broadcasts? Will the World Be Shocked by the Events That Are Ahead? - Just Informed Talk Video
X22Report: The Shot Heard Around the World, D5, 11.3 End of Occupation! - Must Video
News Flash: Washington D.C. Seized by Antifa & BLM, That's Why the Military Was Sent
Chief Pentagon Spokesperson Explain in Pentagon about the National Guard presence in Washington 2021
Situation Update, Jan 20th - Day of Reckoning: Will the Republic Die or Be Reborn? - Mike Adams Must Video
Never To Be: The Stage Is Set! Open Your Eyes! Trust In The President! - Must Video
Inauguration Day Significant For Those Trained In The Art Of War And Trump Has Last Move Advantage!!
January 20: Deep State Doomsday or “the Joke’s on Us?”
The Final Hour: Praying For A Miracle! - SGT Report Must Video
The Event Will Be Sudden & There Will Be No Time to Prepare & I Have Used Barack Obama, Hillary Clinton and Donald Trump...
Loading...
Featured
An Open Letter to Trump Supporters
Lin Wood January 20th Update
The Deep State’s Stealthy, Subversive, Silent Coup to Ensure Nothing Changes
What Just Happened Today America?
What can come next? (A Baker’s Dozen ™)
Biden Inauguration Was Under Military Lockdown, Trump’s Inauguration Was Open To The Public
You Don't Know What You Don't Know!—No One Does! Power Elite Declares All-Out War Against Americans!
Never To Be: The Stage Is Set! Open Your Eyes! Trust In The President! - Must Video
Eerie Sight: Washington D.C. On Inauguration Day
Watch Live: President Biden Participates in a Military Pass In Review
Loading...
Top Global
Bigoted Biden Admin Changes U.S. Ambassador to Israel into “U.S. Ambassador to Israel, the West Bank, and Gaza”
The Communist Movement In The United States That Has Spread Like A Virus Around The World! Excellent Video!
Biden Disaster Already Unfolding Before Our Very Eyes! He's Doing Everything Americans Don't Want! - Must Video
The Left Calls For a Secret Police Force—American Gestapo—& An Army To Monitor Trump Supporters…
Trump orders US CENTCOM to include Israel
America Is Babylon the Great And Is Destined For Destruction And Will Never Be Inhabited Again! Britain Is Also Babylon the Great and Will Be Destroyed After America Is Obliterated!! Must Watch Videos!!
Massive Explosion Destroys Building in Downtown Madrid
BBC Says Don't Hug Kids After Jab
DE: Eilmeldung - (Neue) Lockdown-Maßnahmen verfassungswidrig!
Celeste Solum & David Icke: Former FEMA Discusses Vaccine & Mass Depopulation
Loading...
Top Alternative
The US House of Representatives Passes the MORE Act
President Donald Trump’s Farewell Address
The Left Calls For a Secret Police Force—American Gestapo—& An Army To Monitor Trump Supporters…
The Take Down - TheCrowhouse.  Excellent Video!
Right Outside Your Door: If An FBI Agent Knocks
Fake Inauguration Aftermath... Don't Give Up Hope!!
DOD Announces New Acting Secretary of Defense, Service Secretaries
My first duty as President.
High Level Cop Exposes Illegal Quota — Cops Told to Make Arrests Even if There’s No Crime
Watch Live: The Inauguration of the 46th President of the United States