Malaria is an ancient scourge, but it’s still leaving its mark on the human genome. And now, researchers have uncovered recent traces of adaptation to malaria in the DNA of people from Cabo Verde, an island nation off the African coast.

An archipelago of ten islands in the Atlantic Ocean some 385 miles offshore from Senegal, Cabo Verde was uninhabited until the mid-1400s, when it was colonized by Portuguese sailors who brought enslaved Africans with them and forced them to work the land.

In the last 500 years, the people of Cabo Verde have evolved at a breakneck pace — thanks to a genetic variant, inherited from their African ancestors, that protects against the ravages of malaria. 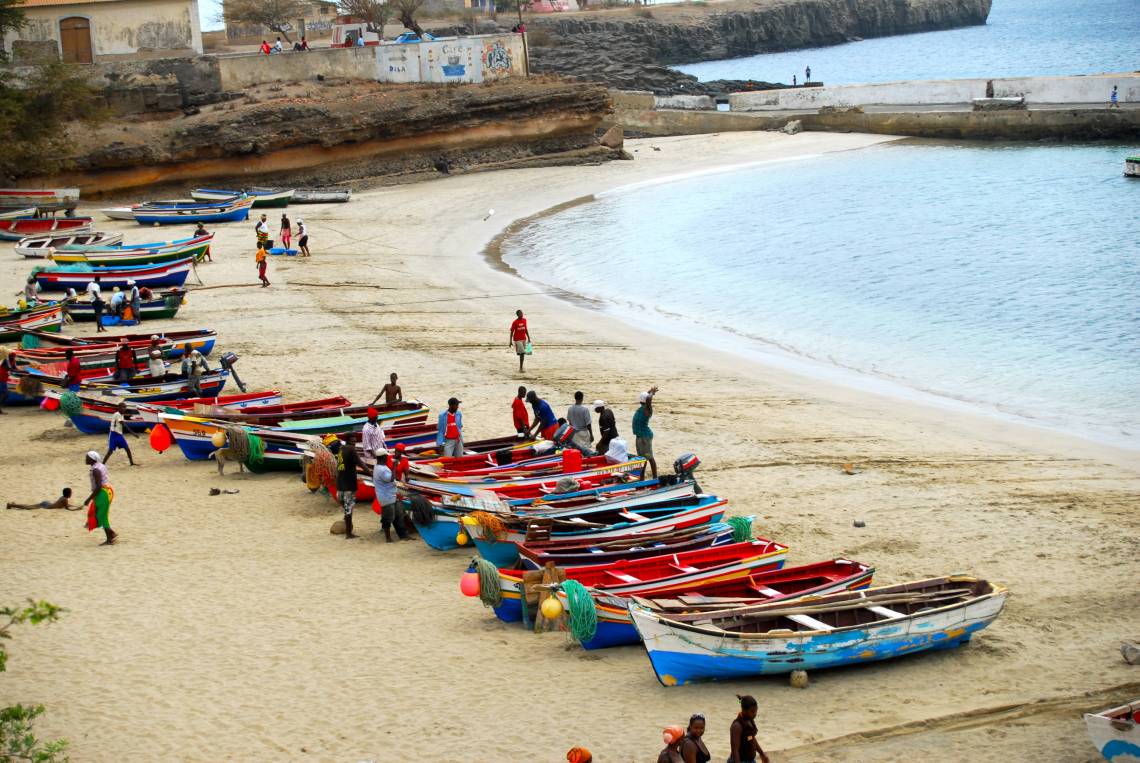 People who subsequently inherited the protective mutation as Africans and Europeans intermingled had such a huge survival advantage that, within just 20 generations, the proportion of islanders carrying it had surged, the researchers report.

Other examples of genetic adaptation in humans are thought to have unfolded over tens to hundreds of thousands of years. But the development of malaria resistance in Cabo Verde took only 500 years.

“That is the blink of an eye on the scale of evolutionary time,” said first author Iman Hamid, a Ph.D. student in assistant professor Amy Goldberg’s lab at Duke University.

It is unsurprising that a gene that protects from malaria would give people who carry it an evolutionary edge, the researchers said. One of the oldest known diseases, malaria continues to claim up to a million lives each year, most of them children.

The findings, published this month in the journal eLife, represent one of the speediest, most dramatic changes measured in the human genome, says a team led by Goldberg and Sandra Beleza of the University of Leicester.

The researchers analyzed DNA from 563 islanders. Using statistical methods they developed for people with mixed ancestry, they compared the island of Santiago, where malaria has always been a fact of life, with other islands of Cabo Verde, where the disease has been less prevalent.

The team found that the frequency of the protective mutation on Santiago is higher than expected today, given how much of the islanders’ ancestry can be traced back to Africa versus Europe.

In other words, the chances of a person surviving and having a family thanks to their genetic code — the strength of selection — were so great that the protective variant spread above and beyond the contributions of the Africans who arrived on Santiago’s shores. The same was not true elsewhere in the archipelago.

The team’s analyses also showed that as the protective mutation spread, nearby stretches of African-like DNA hitchhiked along with it, but only on malaria-plagued Santiago and not on other Cabo Verdean islands.

Together, the results suggest that what they were detecting was the result of adaptation in the recent past, in the few hundred years since the islands were settled, and not merely the lingering imprint of processes that happened long ago in Africa.

Humans are constantly evolving, but evidence of recent genetic adaptation — during the last 10 to 100 generations — has been hard to find. Part of the problem is that, on such short timescales, changes in gene frequencies can be hard to detect using traditional statistical methods.

But by using patterns of genetic ancestry to help reconstruct the Cabo Verdean islanders’ history, the researchers were able to detect evolutionary changes that previous techniques missed.

The authors hope to extend their methods to study other populations where mass migration means migrants are exposed to different diseases and environments than they were before.

“Humans are still evolving, and here we have evidence,” Hamid said.

Contacts and sources:
Robin A. Smith