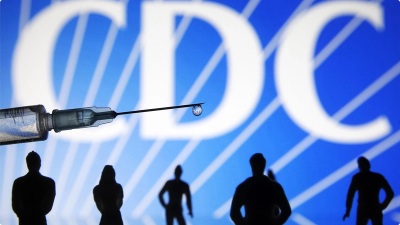 Imagine if an ordinary working man went on a rampage and killed 929 people and maimed 316 others. The media would naturally call such a man a serial killer or a homicidal maniac. Now imagine if a big pharmaceutical company did the same thing by releasing a vaccine that killed and maimed a similar number people. Would the drug company be treated the same as the working guy? Would their product be denounced as a “killer vaccine” and shunned by the public, or would they be praised on the cable news channels, provided lavish funding by the government, granted full immunity from liability for personal injury, waved through the regulatory process, and had the red carpet rolled out for their spectacular nationwide “Product Launch” extravaganza?

(NOTE: “According to new data released today, as of Feb. 12, 15,923 adverse reactions to COVID vaccines, including 929 deaths, have been reported to the Centers for Disease Control and Prevention’s (CDC) Vaccine Adverse Event Reporting System (VAERS) since Dec. 14, 2020.” Children’s Health Defense)

And what about the small number of critics who don’t see the vaccine as a life-saving wonder drug but who seriously believe it is a gene-altering experimental concoction that was not sufficiently tested, did not go through the normal protocols, has not met long-term safety standards, excluded critical animal testing trials, and uses toxic synthetics that can trigger anaphylaxis, Bell’s Palsy, miscarriage, Antibody-dependent Enhancement (ADE) and a score of other potentially-lethal or debilitating long-term ailments that have not yet been diagnosed since the vaccine was rushed into service at breakneck speed?

What about these vaccine critics, what rights do they have? Do they have the right to speak their minds and express their concerns on social media or should they be smeared, castigated, blacklisted, censored and dragged through the mud?

In a free country, it is the vaccine manufacturers that should be scrutinized, lambasted and taken to task for the shortcomings or lethality of their product, but not in America. In America, it is the vaccine critics that are being condemned and targeted by the state. According to an article in the New York Post, the Biden Administration is joining forces with Big Tech to actively seek out and eliminate those people who challenge the official narrative and who reject the idea of inoculating the entire population with a dodgy experimental vaccine that poses a clear threat to one’s safety and well-being. Here’s an excerpt from the article in the Post:

The White House is asking social media companies to clamp down on chatter that deviates from officially distributed COVID-19 information as part of President Biden’s “wartime effort” to vanquish the coronavirus.

A senior administration official tells Reuters that the Biden administration is asking Facebook, Twitter and Google to help prevent anti-vaccine fears from going viral, as distrust of the inoculations emerges as a major barrier in the fight against the deadly virus.

“Disinformation that causes vaccine hesitancy is going to be a huge obstacle to getting everyone vaccinated and there are no larger players in that than the social media platforms,” the White House source told the news agency.

The news out of Washington is the first sign that officials are directly engaged with Silicon Valley in censoring social media users; Biden’s chief of staff Ron Klain previously said the administration would try to work with major media companies on the issue….

Social media leaders have vowed to squash anti-vaccine “disinformation” on their platforms, but the spreading of such content has persisted....

A Twitter spokesman said the company is “in regular communication with the White House on a number of critical issues including COVID-19 misinformation.” (White House working with social media giants to silence anti-vaxxers”, New York Post)

So, what’s going on here? Why has the government joined with big tech to actively target people who do not accept the ‘official doctrine’ regarding the new vaccines?

It’s simple, isn’t it? The government wants to control want you think by controlling what you read. You see, the oligarchs who control the government behind the mask of the political parties, assume you are an ignorant beast incapable of critical thinking. They believe that your opinions are shaped by the things you read, therefore, they want to control what you read in order to push and prod and coerce you into the behavior that helps them achieve their malign objectives. In this case, they want everyone to submit to vaccination so they can reduce global population in order to curtail carbon emissions that, they believe, are a dire threat to human survival. This, of course, is just my own lunatic conspiracy theory. Nevertheless, the question remains the same: Does the government have the right to shut me up or do I have the right to speak my mind?

According to the report above, I do not have the right to speak my mind, in fact, the government is now explicitly taking aim at people like me who–they feel– are undermining the strategic agenda of the big money elites they work for.

And what does this tell us about the way the Biden administration plans to conduct business in the future?

It tells us that Joe Biden is essentially the corporate meat-puppet that he’s been for the last 5 decades and, that now, he intends to cancel vast swaths of the Bill of Rights to accommodate his deep-pocket managers. No one should be surprised by this. Biden has always been the Establishment’s best friend.

But do the oligarchs and corporate honchos really gain anything by silencing their critics?

Perhaps, after all, China has experienced exponential growth in the last two decades and, presumably, that is the model of governance our rulers now seek; absolute dictatorial power that allows the people who own the primary industries and businesses to arbitrarily set policy and impose their own laws independent of any democratic process.

Are we there yet?

Well, if the state is able to shut us up and remove us from public platforms, we’re a helluva lot closer than anyone thought.

This article was originally published on The Unz Review.