A mutation in the spike protein of SARS-CoV-2—one of several genetic mutations in the concerning variants that have emerged in the United Kingdom, South Africa, and Brazil—makes the virus up to eight times more infectious in human cells than the initial virus that originated in China, according to research published in the journal eLife. 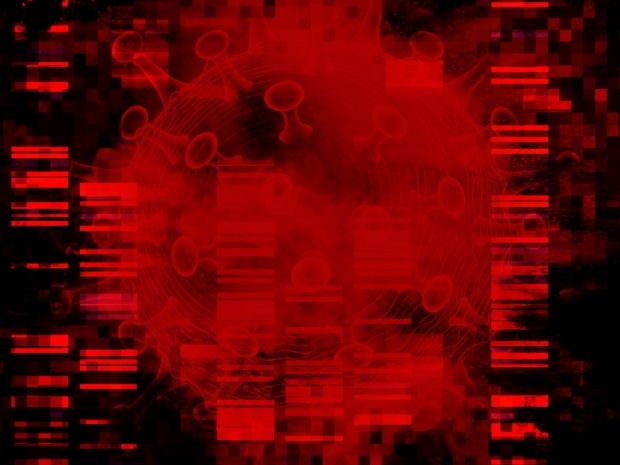 “In the months since we initially conducted this study, the importance of the D614G mutation has grown: the mutation has reached near universal prevalence and is included in all current variants of concern,” said Neville Sanjana, assistant professor of biology at NYU, assistant professor of neuroscience and physiology at NYU Grossman School of Medicine, and Core Faculty Member at the New York Genome Center. “Confirming that the mutation leads to more transmissibility may help explain, in part, why the virus has spread so rapidly over the past year.”

The D614G mutation in the SARS-CoV-2 spike protein—commonly referred to as the “G variant”—likely emerged in early 2020 and is now is the most prevalent and dominant form of the SARS-CoV-2 virus across the United States and in many countries around the globe. With multiple mutations circulating, researchers have been working to understand the functional significance of these mutations and whether they meaningfully change how infectious or deadly the virus is.

In this study, the researchers introduced a virus with the D614G mutation into human lung, liver, and colon cells. They also introduced the “wild type” version of the coronavirus—the version of the virus without the mutation found early on in the pandemic—into these same cell types for comparison.

They found that the D614G variant increased transduction, or transmissibility, of the virus up to eight-fold as compared to the original virus. The researchers also found that the spike protein mutation made the virus more resistant to being cleaved or split by other proteins. This provides a possible mechanism for the variant’s increased ability to infect cells, as the hardier variant resulted in a greater proportion of intact spike protein per virus.

“With our experimental setup we are able to quickly and specifically assess the contribution of G614 and other mutations to the increased spread of SARS-CoV-2,” said Tristan Jordan, a postdoctoral scholar in the tenOever Lab at Mount Sinai and co-first author of the study.

“Going into this project we didn’t really know if D614G mutation would have any functional effects, as its wide spread could be due to a founder effect, where a variant becomes dominant because a small number of individuals spread it widely by chance. However, our experimental data was pretty unambiguous—the D614G variant infects human cells much more efficiently than the wild type,” said Zharko Daniloski, a postdoctoral fellow in Sanjana’s lab at NYU and the New York Genome Center and the study’s co-first author.

The team’s findings join a growing consensus among scientists that the D614G variant is more infectious; this was also demonstrated in studies appearing in Cell by researchers at Los Alamos National Laboratory, in Nature by researchers at the University of North Carolina, and in Science by researchers at the University of Texas. However, it is still unclear whether the variant and its rapid spread have a clinical impact on COVID-19 disease progression, as several studies suggest that the D614G variant is not linked to more severe disease or hospitalization.

The researchers note that findings on the increased transmissibility of the D614G variant may influence COVID-19 vaccine development and, in particular, it may be beneficial for future booster shots to include diverse forms of the spike protein from different circulating variants. The vaccines with emergency use authorization from the FDA, as well as those under development, were created using the original spike sequence; studies are underway to understand how well these vaccines protect against the variants that emerged in the United Kingdom, South Africa, and Brazil, all of which contain the D614G mutation. Recent work from other groups suggests that initial vaccines with the D614 form of spike can protect against the newer G614 form of spike, although more work needs to be done to understand how multiple mutations can interact with each other and impact immune response.

“The research comprising this work is essential to understanding changes in biology that a given viral variant might demonstrate,” said co-senior author Benjamin tenOever, Fishberg Professor of Medicine, Icahn Scholar and Professor of Microbiology at the Icahn School of Medicine at Mount Sinai. “We are presently now moving forward with similar studies to study the variants that have arisen in the UK, Brazil, and in South Africa.”