(Natural News) It’s time to get back to normal life, America. But wait, what about the pandemic? There isn’t one, says Dr. Michael Yeadon – you are all being fooled.

A new interview with this former chief science officer at Pfizer, which was pulled from YouTube within two hours, reveals that the so-called “second wave” of the Wuhan coronavirus (Covid-19) is completely nonexistent.

Despite the false claims being made by the lying mainstream media, people are not dying in the streets from the novel virus, nor are they really even “catching” it anymore. It’s a thing of the past, meaning it is time to move on and forget this ever happened.

According to Dr. Yeadon, “there is no science to suggest a second wave should happen.” Covid-19 tests are junk science, he says, and the whole idea of “new cases” multiplying exponential is utter bunk.

The only thing that is actually happening is that the media and phony public health authorities like Anthony Fauci are manufacturing a crisis that does not exist in order to keep people locked down and wearing masks until a magical vaccine appears to make it all go away.

“Almost all” of the tests for Covid-19 are producing false positives, Dr. Yeadon warns. Not only that, but the threshold for herd immunity is significantly lower than the experts claim, meaning it has probably already been reached.

“We are basing a government policy, an economic policy, a civil liberties policy, in terms of limiting people to six people in a meeting … all based on what may well be completely fake data on this coronavirus,” Dr. Yeadon was asked, to which he answered with a simple:

As for the alleged “pandemic,” Dr. Yeadon says it is “fundamentally over,” citing the “shape” of all important factors ranging from hospitalizations, ICU utilization and deaths.

“Were it not for the test data that you get from the TV all the time, you would rightly conclude that the pandemic was over, as nothing much has happened,” Dr. Yeadon maintains.

“Of course people go to the hospital, moving into the autumn flu season … but there is no science to suggest a second wave should happen.”

Along with some of his colleagues, Dr. Yeadon published a study entitled, “How Likely is a Second Wave?” that found the “curve” was “flattened” around the end of June. It has remained flat ever since.

The only thing increasing are “cases,” which means nothing since a “case” has no definition other than a positive test result, the vast majority – if not all – of which are fake and fraudulent.

What this means is that the “pandemic” only exists in the minds of the mentally ill who insist upon forcing society to remain permanently masked and on lockdown for the rest of eternity, a dystopian nightmare that will only end when once rational people who believe science decide that enough is enough.

Because there are many other coronaviruses already in circulation that people are exposed to all the time, they likely already possess natural immunity to this one which, despite being “novel,” is really no big deal when you really take an honest look at the facts and data.

“It is now established that at least 30% of our population already had immunological recognition of this new virus before it even arrived,” Dr. Yeadon and his colleagues note in their paper. “COVID-19 is new, but coronaviruses are not.”

To keep up with the latest news about the Wuhan coronavirus (Covid-19) “pandemic” that is already over, be sure to check out Pandemic.news. 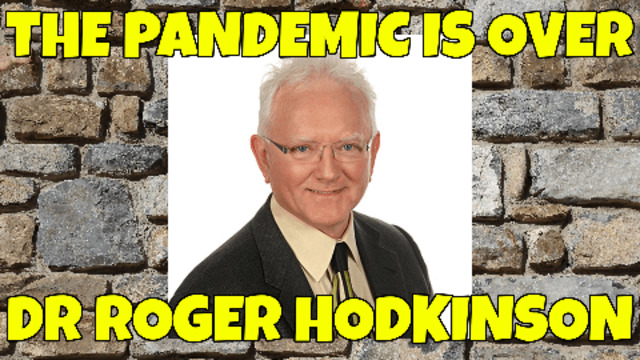