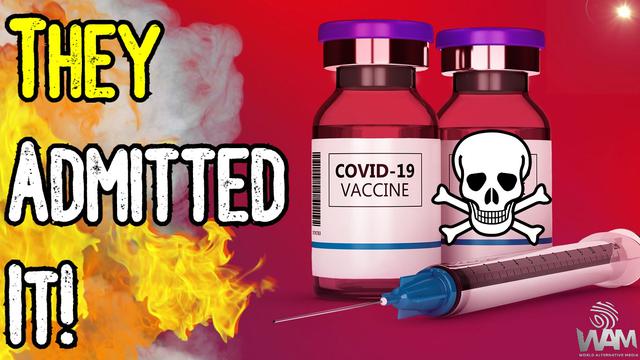 (Natural News) With millions of people now fully “vaccinated” against the Wuhan coronavirus (Covid-19), one would assume that the number of new “cases” in this demographic is on the decline. To the contrary, the latest data shows that at least half of all new Chinese Virus cases are occurring in people who got the jab(s).

In the United Kingdom, which is reportedly a “testing ground for how vaccines are coping,” the so-called “delta variant” is on the rise among the injected, who are supposed to be protected against the virus based on government and media claims.

Of the 146,000 alleged cases of delta variant identified throughout Great Britain, at least 50 percent of them are people who rolled up their sleeves to “protect grandma” and do their part to “flatten the curve.” So much for “science.”

Hilariously, “health authorities” are still insistent that the injections are “working,” even in vaccinated people who are still testing “positive” for the Fauci Flu. According to the “scientists,” the shots are still effective, even though they are clearly not.

“Not everyone who is inoculated will respond the same way. Those who are elderly or whose immune systems are faulty, damaged or stressed by some other illness are less likely to mount a robust response than someone younger and fitter.”

The Journal goes on to claim that Wuhan Flu shots are still “highly effective” no matter what the data says because “some people will still be vulnerable to the virus even after receiving their shots.”

We know, it is hard not to laugh at such nonsense. These statements make zero sense, and yet some people read this type of thing and nod their head in blind agreement as if they prove the “science” behind the Fauci Ouchies.

No, covid vaccines are not safe or effective

As for other research that shows vaccinated people are up to eight times more susceptible to the delta variant, well, this, too, supposedly shows that the vaccines are “working.”

Even if every new case of the Chinese Virus was in a vaccinated person and the only people dying were vaccinated people, the mainstream media would still be claiming that the shots “work” and that this only goes to show that they are “not perfect.”

“I think it shows the vaccines are working,” says Tom Wingfield, a lecturer and infectious disease physician from England who believes in the vaccines, despite the evidence against them.

Julian Tang, a clinical virologist and professor of respiratory medicine at the University of Leicester, agrees. He says all the new cases of delta variant being identified in vaccinated people are simply “breakthrough infections” that are the exception rather than the norm.

The norm, Tang insists, is a suppression of hospitalizations and deaths following mass injection, simply because he says so – the data be damned.

“The EUA (emergency use authorization) documents filed by Pfizer, Moderna, and Janssen all demonstrate that the use of these Experimental Drug / Vaccines that include either the mRNA or dsDNA of the Spike Protein produced by this Gain-of-Function Research, do NOT statistically reduce the incidence of COVID-19,” noted one Journal commenter.

Another tried to pull a fast one by virtue signaling about race, claiming that people with white skin have downplayed the Chinese Virus because it was never a problem for them, supposedly only affecting “black, brown, working class, and elderly people.”

“Speak to your neighbors from India … they all suspect ‘delta’ was a boon for the organ-harvesting market,” wrote another, offering a different perspective on the situation.

The latest news about Chinese Virus insanity can be found at Pandemic.news.