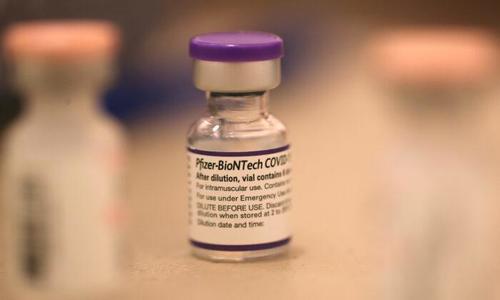 Authored by Zachary Stieber and Meiling Lee via The Epoch Times, ZeroHedge

The approved version of the Pfizer-BioNTech COVID-19 vaccine is not available in the United States more than a month after drug regulators approved it, The Epoch Times has found.

Officials in 19 states confirmed this week they have not received the approved version, known as Cominarty. So did pharmacies in New York, California, and Missouri.

A Pfizer spokesperson told The Epoch Times in an email that there are no doses of Cominarty in the United States as of Oct. 12.

The lack of availability means vaccine mandates based on the Food and Drug Administration (FDA) approval are unlawful, lawyers representing clients challenging the requirements say.

“Under the emergency use authorization, everyone has an option to accept or refuse the product. And that means every person, military and civilian. So this is critical. All of the mandates, from the military to the civilian population, are violating federal law,” Mathew Staver, chairman of Liberty Counsel, a Christian legal group, told The Epoch Times.

The situation would be different if Cominarty was available, he said.

Contact with state and federal officials and pharmacies revealed widespread confusion regarding the differences between the approved Pfizer-BioNTech vaccine and the version that received emergency use authorization (EUA) in December 2020 and continues to be administered under EUA now.

A number of officials were unaware of any differences and others insisted they were the same for all intents and purposes, including several officials with the Department of Health and Human Services (HHS), which handles distribution of COVID-19 vaccines. 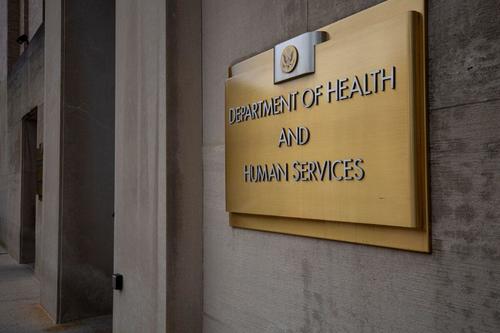 The US Department of Health and Human Services (HHS) building is seen in Washington, on July 22, 2019. (Alastair Pike/AFP via Getty Images)

That’s a different message than that being sent to states, some of which have been told by federal officials not to expect doses of Comirnaty for a while.

“The CDC anticipates that Comirnaty will begin to ship some time in November at the earliest,” a spokesman for the Arizona Department of Health told The Epoch Times in an email, referring to the Centers for Disease Control and Prevention.

“According to the latest update DOH has received from the CDC, shipments of Comirnaty likely won’t begin until next month,” a spokeswoman with the Washington State Department of Health told The Epoch Times in an email.

“We don’t expect vials with the brand name ‘Comirnaty’ affixed to them to be delivered until later in the year,” a spokesman with the Idaho Department of Health told The Epoch Times in an email.

A spokeswoman for the Tennessee Health Department said that the federal government still has a large amount of the authorized doses and there is no timeline on when Comirnaty will be shipped.

The only state expecting doses soon is Delaware. Officials there were told 5,850 doses manufactured after the Aug. 23 approval date should arrive this week, a spokeswoman for the Delaware Department of Health said.

The FDA referred questions to the CDC and HHS. The CDC did not respond to repeated queries. The HHS official who wasn’t aware of the differences alleged approved doses were available, but said she was “puzzled” by followup questions on when they started being available and how many are available and ultimately referred questions to the FDA. A different HHS official indicated the agency is not tracking when approved doses enter the distribution system.

The FDA approved the Pfizer-BioNTech vaccine on Aug. 23. On the same day, the drug regulator extended the EUA for existing doses and for children between 12 and 15.

The approval triggered vaccine mandates across the country, including for the Department of Defense. Many officials said they were waiting for the approval to impose mandates.

In the letter extending the EUA, Denise Hinton, the FDA’s chief scientist, said the vaccines are “legally distinct with certain differences that do not impact safety or effectiveness.” The letter is no longer available on the FDA’s website, though the same language is used in an FAQ on the approved vaccine, known as Comirnaty.

The FDA has declined to say what the differences are. Pfizer told The Epoch Times previously that they refer to certain manufacturing processes. 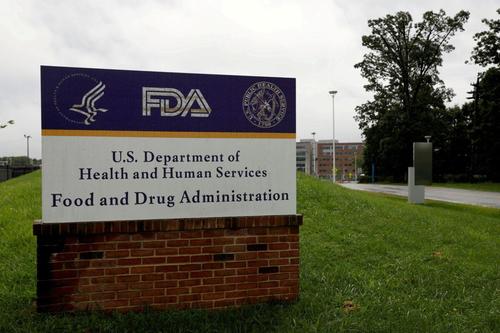 Signage is seen outside of the Food and Drug Administration (FDA) headquarters in White Oak, Md., on Aug. 29, 2020. (Andrew Kelly/Reuters)

In a followup missive on Sept. 22, Hinton wrote that the authorized and approved versions have “the same formulation” and that the products “can be used interchangeably to provide the vaccination series without presenting any safety or effectiveness concerns.”

“You cannot interchange BioNTech’s Cominarty with Pfizer’s [shot] from a legal standpoint. They are legally distinct,” he said.

“The FDA-approved Comirnaty and the EUA-authorized Pfizer-BioNTech COVID-19 vaccine have the same formulation and, according to the FDA labeling, can be used interchangeably to provide the COVID-19 vaccination series,” a Pfizer spokesman told The Epoch Times.

Federal agencies in various documents have indicated recently there is little or no Comirnaty supply in the country.

Both of Hinton’s letters stated that there is an insufficient supply of Comirnaty in the United States to distribute to the U.S. population in its entirety.

A document posted by the CDC last month said Pfizer “does not plan to produce any product” with new labeling, referring to Comirnaty, “over the next few months while EUA authorized product is still available and being made available for U.S. distribution.”

Sen. Ron Johnson (R-Wis.) has questioned (pdf) why the existing doses were not approved and, given the lack of Comirnaty supply, whether the FDA was “de facto endorsing vaccine mandates utilizing EUA vaccines?”

The Legacy Specialty Pharmacy in Queens, New York said they do not have Comirnaty doses. A pharmacist at Lorena Pharmacy said he was not aware of any differences and thought the approval in August was only for booster doses, indicating they do not have Comirnaty. A pharmacist at Kilgore’s Medical Pharmacy in Missouri said they only get Moderna vaccine doses.