Middle-aged people who consume more omega-3-rich foods (like oily fish) and supplements are more likely to be better thinkers and avoid dementia, a new study finds.

Researchers with the American Academy of Neurology found eating more of the healthy fatty acids, which are abundant in salmon, sardines, trout, and albacore tuna, helps improve brain structure and health. People can also buy foods fortified with omega-3 or find it in pill-form at a vitamin shop.

Researchers observed those who ate higher levels of omega-3 fatty acids scored higher in abstract reasoning tests and had a larger hippocampus – an important area of the brain which controls memory.

“Improving our diet is one way to promote our brain health,” says Satizabal in a media release.

“If people could improve their cognitive resilience and potentially ward off dementia with some simple changes to their diet, that could have a large impact on public health. Even better, our study suggests that even modest consumption of omega-3 may be enough to preserve brain function. This is in line with the current American Heart Association dietary guidelines to consume at least two servings of fish per week to improve cardiovascular health.”

How much omega-3 does the brain need? 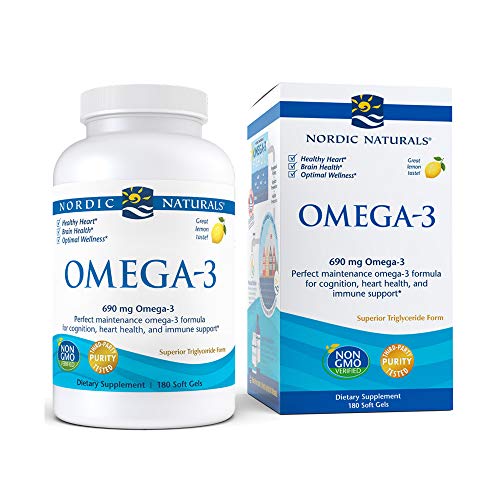 “These results need to be confirmed with additional research, but it’s exciting that omega-3 levels could play a role in improving cognitive resilience, even in middle-aged people,” Satizabal says.

However, she notes that the study looked at a snapshot in time and they would need to follow participants over a prolonged period. This could turn the findings from “eating omega-3 is associated with preserving brain function,” to “eating more omega-3 is proven to preserve brain function.”

Currently, the research only shows an association and does not prove causation. Another limitation was the majority of the study sample were non-Hispanic white adults, so a more diverse group of middle-aged adults may yield different results.