The idea all humans need to drink eight glasses of water a day may be nothing but nonsense, according to a new study. Researchers from the University of Wisconsin-Madison have found that some people can be perfectly healthy on less than half as much.

Moreover, the study reveals that requirements vary on an individual and national scale. The study is based on a review of more than 5,600 people from 26 countries, ranging between eight days to 96 years old.

Results show daily water needs peak among men when they’re in their 20s, but they remain the same for women from the age of 20 to 55. Meanwhile, newborns experience the most turnover, as they replace about 28 percent of the water in their bodies every day.

“The science has never supported the old eight glasses thing as an appropriate guideline, if only because it confused total water turnover with water from beverages and a lot of your water comes from the food you eat,” says Dale Schoeller, a University of Wisconsin–Madison emeritus professor of nutritional sciences, in a media release.

“But this work is the best we’ve done so far to measure how much water people actually consume on a daily basis — the turnover of water into and out of the body — and the major factors that drive water turnover.”

Your daily activity can determine your water needs

Men’s and women’s water requirements differ by about two glasses, or half a liter, according to the researchers. The average 20-year-old man of normal weight living in a temperate climate would take in and lose about 3.2 liters every day. For women, that number is closer to 2.7.

Doubling the energy a person uses pushes their expected turnover up by about a liter, or four glasses. Fifty kilograms more body weight adds 0.7 liters a day. A 50-percent increase in humidity pushes water use up by 0.3 liters. When it comes to sports, athletes use about a liter more. 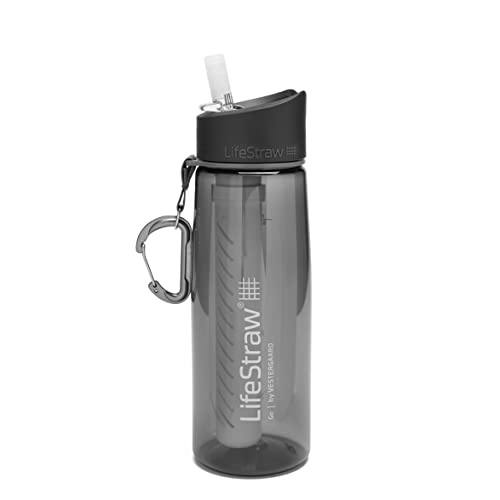 “There are outliers, too, that are turning over as much as 10 liters a day,” adds Schoeller. “The variation means pointing to one average doesn’t tell you much. The database we’ve put together shows us the big things that correlate with differences in water turnover.”

Health experts often encourage people to take bottles of water with them everywhere they go — from school, to work, and to the gym. Fuelling this appetite for water is the “8×8 rule” — the unofficial recommendation that people drink eight 8-ounce glasses a day, totaling just under two liters. That’s in addition to anything else you’re drinking throughout the day.

Now, the most comprehensive study of its kind has revealed consumption varies wildly around the world, from daily averages of one to six liters. Previous studies relied largely on volunteers to recall and self-report water and food consumption or involved small focus groups, such as soldiers working in the desert.

“If you measure the rate a person is eliminating those stable isotopes through their urine over the course of a week, the hydrogen isotope can tell you how much water they’re replacing and the elimination of the oxygen isotope can tell us how many calories they are burning,” says Schoeller, whose UW–Madison lab in the 1980s was the first to apply the labeled-water method to study people.

Where you live plays a major role

The international team, including scientists at the University of Aberdeen, collected and analyzed the data. They compared environmental factors such as temperature, humidity, and altitude of volunteers’ hometowns to measurements of water turnover, energy expenditure, body mass, sex, age, and fitness.

They also incorporated the United Nations’ Human Development Index, a composite measure of a country that combines life expectancy, schooling, and affluence levels. Water volume peaked for men during their 20s, while women plateaued from 20 through 55 years of age. Newborns, however, turned over the largest proportion daily, replacing about 28 percent of the water in their bodies every day.

Physical activity level and athletic status explained the largest proportion of the differences in water turnover, followed by sex, the Human Development Index, and age. The researchers found hunter-gatherers and farmers in developing nations had higher water turnover than those in industrialized economies. In all, the lower your home country’s Human Development Index, the more water you go through in a day.

“That’s representing the combination of several factors,” Schoeller continues. “Those people in low HDI countries are more likely to live in areas with higher average temperatures, more likely to be performing physical labor, and less likely to be inside in a climate-controlled building during the day. That, plus being less likely to have access to a sip of clean water whenever they need it, makes their water turnover higher.”

The results in the journal Science have implications for global warming. The researchers hope their findings they will improve our ability to predict more specific and accurate future water needs — especially in dire circumstances.

“Look at what’s going on in Florida right now, or in Mississippi — where entire regions have been exposed by a calamity to water shortages,” the study co-author explains. “The better we understand how much they need, the better prepared we are to respond in an emergency.”

It also opens the door to being better prepared for long-term needs and wary of short-term health concerns.

“Determining how much water humans consume is of increasing importance because of population growth and growing climate change,” says study co-author Dr. Yosuke Yamada, section head of the National Institute of Biomedical Innovation, Health and Nutrition in Japan. “Because water turnover is related to other important indicators of health, like physical activity and body fat percent, it has potential as a biomarker for metabolic health.”