Baby formula re-post
Rather than have some sh***t site pull your leg, HERE IS HOW IT IS DONE. Someone just annoyed the hell out of me.
This is MEXICAN BABY FORMULA. This is time tested and PROVEN. It is far better than commercially made formula, the kids are much sharper with this than the enfamil garbage. I don’t care how many people claim to be experts on what to do, THIS. IS. IT. Who do you go to for answers? Rather than an agenda driven “health” site or TikTok vid, how about a reasonably developed country that often cannot afford enfamil? They did not get this wrong.

Here is how you make baby formula that’s actually good for the kid:
Take a half pound of barley and loosely tie it up in a cotton cloth that is porous. It has to be loosely woven cotton like this. This type of cotton is what was used in diapers before modern diapers. loosely tie the barley in it (the barley will expand) and put it in a pot with about 6 liters of water. Boil it for 6 – 7 hours. Pour the barley water off. Throw away the barley. There should be about 4 liters of water left after boiling (a slow covered boil) If you do it right the water should be bright pink. Mix that with three liters of milk and add a pound of sugar to the final 7 liter mix. If it comes out to 6 liters still add a pound of sugar, it will not be too much. The actual good limit is 27 ounces of sugar added to 7 liters. It is supposed to be sweet. The baby needs sugar for energy. Make sure you are not a snowflake and USE SUGAR, NOT A SUBSTITUTE. Corn syrup is also permissible in the same amount but nothing else. I’d add a couple grams of salt (just the tip of a teaspoon) to the final mix of about 7 liters and no more, it should not taste like it has salt. It should taste like it has NO SALT. Freeze what you are not going to use right away. You’ll have a happy healthy baby, that recipe totally destroys commercial formula. I can back this up with hard data. That is THE RECIPE.

If anyone posts a recipe more complicated or quicker or easier or more “nutritious” than that, it is a load of crap. That is the old Roman recipe that has been around for 2,000 years and it produces great results. I know this because the family used that recipe when a mother could not produce milk, it is all the kid had and the (not vaxxed) kid hit all the weight targets perfectly, was perfectly healthy and is sharp as a whip after this recipe was EVERYTHING, the ONLY thing the kid had for the first 9 months. In this case it was done because it is well known this recipe is far superior to store bought formula. It takes time to make this recipe but other than that it is very easy. That is an ACCURATE recipe.
Why bother clicking around some site that is pushing a product or some other bullshit to get the answer? It is RIGHT THERE.
Follow that recipe and do not tweak it, tweaking it will either lead to malnourishment OR the kid getting plugged up. The milk always has to be diluted 3 parts milk to 4 parts barley water (50/50 is probably safe but certainly not more milk than that.) cow’s milk is overly potent because a cow’s baby is trying to gain 200 pounds, not five. 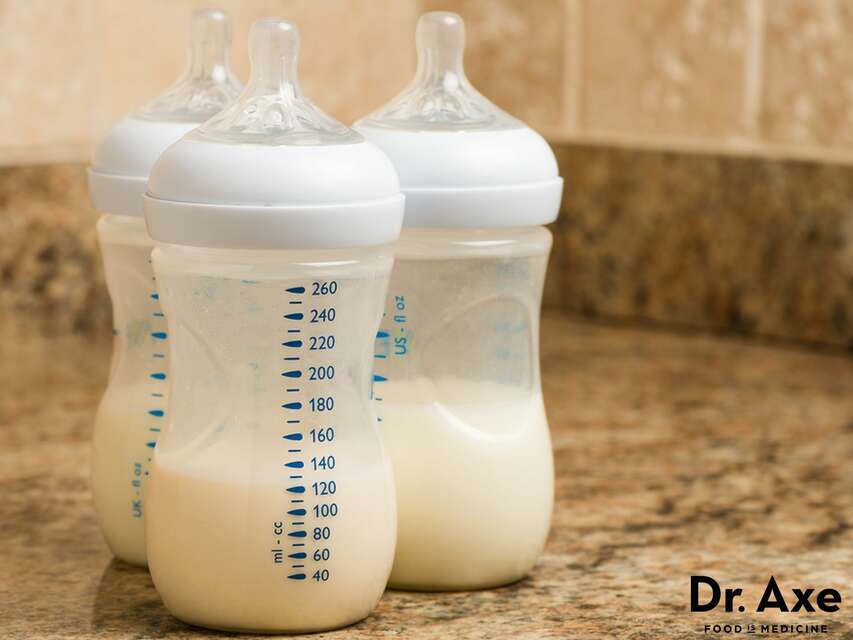