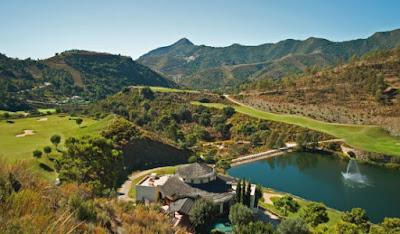 Emilio Lozoya Austin was arrested in Spain today on a Mexican warrant.  For those of you not familiar with  Lozoya, or what he is being accused of:
Lozoya is the former CEO/Diector of  PEMEX Petroleos Mexicanos.  He was arrested on February 12 in Costa de Sol, in Malaga, Spain .
Lozoya Austin faces multiple charges including criminal association, money laundering.
The former official’s sister, mother and wife also face charges of money laundering.
When he was arrested in Spain he was flagrantly living the high life in a mansion estate valued at 27M USD.
Pemex
In the 2012 campaign of Enrique Pena Nieto, Lozoya was the International Link Coordinator.
At the beginning of the six – year term,  he was appointed director of Pemex, until he was dismissed by the President in 2016 ,  when he was involved in bribes involving  the  construction company Odebrecht.
He accepted bribes from construction companies such as Odebrecht and OHL, to obtain public works bids.
Also in his capacity as director, he charged 50 thousand to one million pesos for serving businessmen and politicians.
He is also charged with the purchase of the Agronitrogenados scrap-processing plant in 2013, at an inflated  price of  57% more of its real value. It was 30 years old and 14 not working, so in 2017 the Superior Audit of the Federation (ASF) revealed that its value was inflated 57 percent.
Pemex also authorized in 2015 the purchase of the Fertinal plant with a value 14 times inflated and absorbed a debt that the fertilizer company maintained.
The Attorney General’s Office (FGR) presumes that the purchase of the property could be a bribe, since it was acquired 12 days after a Pemex subsidiary endorsed the purchase of Agro Nitrogenados to AHMSA. 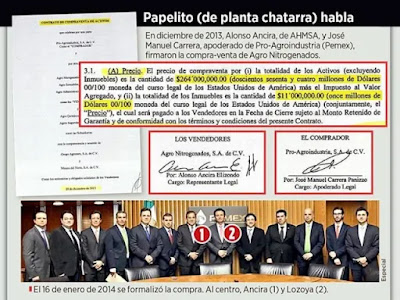 At the request of the FGR , on May 29, 2019, Interpol red flagged  Emilio Lozoya to locate the fugitive in 190 countries.
Nine months later, on February 12, Lozoya was arrested by the Spanish Police and Interpol when he was leaving a residential complex on the Costa del Sol, a rich and tourist neighborhood of Malaga, Spain.
In the next few hours he will be transferred to Madrid to appear before Judge Ismael Moreno at the National Court on Thursday morning.


Source: http://www.borderlandbeat.com/2020/02/nabbed-in-spain-former-pemex-ceo-emilio.html
BeforeItsNews Announcements
Step 1: Get the Telegram App & Get Stories Direct to Your Phone or Computer Without Censorship! Get the Telegram App in the App Store or at
https://telegram.org/

Loading...
"Not by might, nor by power, but by my spirit, saith the Lord of hosts." Zechariah 4:6
Read it..
BEFORE IT'S NEWS
SIGN UP FOR OUR NEWSLETTER
Today's Top Stories
Anonymous: Something Is Happening Inside Egypt.. They Are Hiding It! (2020)
Coronavirus Bioweapon Mystery Solved: It’s All in the Name!
Linda Moulton Howe: Antarctica Witnesses See Something Totally Bizarre
Armageddon Is Near!!! It is NOW Time to Leave the Cities! 300 Million Will Die in Civilization Collapse
Giuliani Says it Was Obama the Entire Time! He Has the Proof
Breaking: Covid-19: Chinese Scientist and Activist - Jennifer Zeng, Lifts Veil of Secrecy
Vaping Contains 10 Times As Many Cancer Chemicals As Cigarettes (Video)
The Ultimate Juice Fasting Guide: Understanding The Digestive System (Video and Recipes)
Clif High: New Covid-19 Interview Out of Hong Kong On the Ground There With a Doctor
Warning: Chinese Bank Runs! Threat Assessment Level 10! - Must See Video!
Loading...
Featured
The “Unsinkable” Financial Markets Just Slammed into a Massive “Iceberg” Called the Coronavirus
(Warning) Black Monday, The Beginning, Closed Borders and Crashing Markets
Q News - Mysterious Death! Is The Puzzle Coming Together? - Great Video
Steve Bannon: Pandemic! Coronavirus Is Out of Control in China
X22Report: Drip, Drip, Pieces of the Puzzle Come Together, the Best Is Yet to Come! Must See Video!
Is This Some Kind of Joke?
From Pandemic to Police State - The 2010 Plan to Unleash Bioweapons to Impose Martial Law
Is it Time to Panic About COVID-19? Here Are 9 Ways to Prepare (Just in Case)
COVID-19 Daily Death Toll up 55% From Previous Day's Figure.
This Is Why You Always... Always Record the Police!

Top Global
The “Unsinkable” Financial Markets Just Slammed into a Massive “Iceberg” Called the Coronavirus
“World War III will begin in 2020 and will last 16 years,” says military mathematician
(Warning) Black Monday, The Beginning, Closed Borders and Crashing Markets
Canary Islands engulfed by 'apocalyptic' sandstorm
Steve Bannon: Pandemic! Coronavirus Is Out of Control in China
Australia: Afghan Stabber Shot Dead by Police
The Grim Reality About Pandemics They Don’t Want You to Know: “No Country Is Prepared”
Israeli/Palestinian update 2/24/2020...Dozens of rockets fired at Israel
Syria/Iraq update 2/24/2020...Erdogan 's troops firing at Russian jets in Idlib, Russian and Syrian jets are responding
Coronavirus: Time To Prepare Is Running Out
Loading...
Top Alternative
Broccoli & Cauliflower Mac & Cheese for two
Jesse Ventura Calls for New 9-11 Investigation
Red Alert! If Somethings Isn’t Done Today to Stop it, the ATF Will Create Something We Can’t Undo!
X22Report: Wet Work Active, Storm Forecast Confirmed, The Shot Heard Around The World! - Great Video!
“World War III will begin in 2020 and will last 16 years,” says military mathematician
#Qanon posting on /qresearch/ 2/24/2020..What if (almost) every critical position [sr] within the US GOV apparatus was infiltrated? WHAT MUST BE DONE FIRST?
Canary Islands engulfed by 'apocalyptic' sandstorm
Under the Bus: FBI Agent Faulted in FISA Report for ‘Significant’ Errors Has Finally Been Identified
"Here richly, with ridiculous display, The Politician’s corpse was laid away. While all of his acquaintances sneered and slanged, I wept: For I had longed to see him hanged." --Hilaire Belloc
Should the FBI Encourage Criminal Behavior?