It is well known how dangerous La Reina del Sur de Costa Rica is – but it’s also dangerous to be this 25 year old. This fact was brought painfully into focus on December 28, 2018, when a 20- year old Nicaraguan waitress named Tatty Matamoros was found dead, thrown out of a moving car. Her only crime was that she bore a slight resemblance to Costa Rica’s Reina del Sur, and had similar blue roses tattooed on her inner arms. Someone wanted Gomez Espinoza dead.
Tatiana Matamoros, known fondly as Tatty to her family and friends, came to Costa Rica in 2017 to find a better job and better quality of life for herself. Nicaraguan life was full of gang violence and danger for a pretty young girl like Tatty. She quickly found work as a waitress in San Jose. New friends were attracted to her kind eyes and sweet smile, and she managed to adjust easily to her new life in the big city. Tatty’s critical mistake was to get blue roses tattooed on her arms – tattoos reminiscent of those of the notorious Cristel Gomez Espinoza.
Tatiana was found on the edge of the road Vuelta de Jorco de Aserri, San Jose — dead. The coroner concluded that the cause of death was probably a violent blow to the side of her head, administered before someone tossed her body out of a moving car in the middle of the night. Her family scraped and borrowed enough money to send Tatty’s body back to Nicaragua for burial. The family lives in Jinotega, Nicaragua, a humble and poverty-stricken part of the country. Newspapers in both Costa Rica and Nicaragua reported that Tatiana was undoubtedly killed because she was mistaken for La Reina del Sur. She was killed just as she was coming into a new, promising life. Her family is still grieving.
Cristel belongs to an exclusive club of women who lead crime organizations. Lou Hinton, former Federal Bureau of Investigations Agent (FBI) and expert in narco-traffickers said of Cristel and her crime sisters, “All powerful, dangerous, and capable of leading organized crime syndicates or gangs, these women mean serious business.” 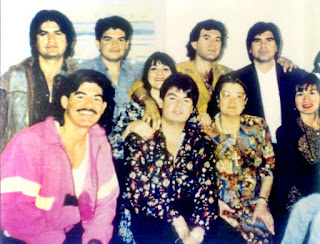 The original drug diva, according to the Drug Enforcement Agency (DEA), was Enedina Arellano Felix (58 years old). Enedina had wanted only to become the queen of a carnival in Mazatlan, Mexico, but because of her family’s drug trafficking activities, her dream never came true. Instead, she became the leader of the Tijuana Cartel in 2008, after her brother Eduardo was arrested, leaving a vacancy in the cartel leadership. Enedina had graduated with a bachelor’s degree in accounting from a university in Guadalajara, invaluable education for her family’s money laundering activities.
Enedina was wildly successful in her new role, becoming known as “The Boss”, or “The Narco-Mother” –but sadly never the carnival queen. She managed, however, to outlive all of her brothers and numerous other male cartel bosses throughout Mexico. This seems to be an advantage of being a female in the narco business – slightly less likely to be killed. She is reportedly worth 1-5 million dollars, and is still alive.
Like Costa Rica and Mexico, Colombia also has infamous drug divas. The best known is Griselda Blanco (deceased), estimated to be responsible for at least 200 deaths during her criminal career, from the 1970s to the early 2000s. Griselda began very young. At barely eleven years old, Griselda kidnapped and tried to ransom a kid from a rich neighborhood of Medellin. The kidnapped child’s parents just laughed at the idea of a child demanding a ransom for kidnap. Griselda shot the child dead at her parents’ feet.

Griselda became known as “Cocaine Godmother” or “La Madrina”, and achieved huge success in the cocaine drug trade and criminal underworld. Her U.S. distribution network alone brought in roughly $80,000,000 a month. Eventually, she was captured and spent twenty years in American jail, where she continued her cocaine business without pause. While in prison, Griselda invented ladies underpants with special compartments for cocaine smuggling. After her release from prison, Griselda returned to Colombia and was killed in a drive-by shooting in 2012; she was worth $2 billion at the time of her death. A television movie was made of her life, “Cocaine Godmother”, starring Catherine Zeta-Jones.

Guatemala has its own Reina del Sur, by the name of Marllory Dadiana Chacon Rossell, famous for both narco-trafficking and money laundering. Marllory is now 48 years old, with seven children. She was an amazingly creative drug boss, relying on that strength rather than violence to succeed. She established her own lottery, Bingoton Millionario, which made gobs of money, while simultaneously laundering it for investors and her own family. Meanwhile, she turned herself into Guatemalan high society, attending all the best parties and rubbing shoulders with the rich and famous.
In 2012, Marllory and her husband were designated by the U.S. Treasury Department “one of the most prolific money launderers and narco-traffickers in Central America.” They were charged with those offenses, but thanks to good legal help, managed to accept a lesser charge of guilt for smuggling a mere five kilos of cocaine. They also rolled on many of their fellow traffickers. In return for this information, the judge agreed to keep their prison location and release date a secret for five years. That agreement is up in 2020. Their enemies in the Sinaloa Cartel and Los Zetas are reputed to have very long memories.
The world has seen narco-trafficking (narcotrafico) go from a small family business, with a simple organization and division of labor, to a transnational network of production, transportation and commercialization of illegal drugs. With this evolution comes its own narcoculture of lifestyle, music, fashion, slang, habits and customs.
Cristel Gomez Espinoza has been at the vanguard of this evolution in Costa Rica. Criminal analyst Alvaro Ramos commented, “Prior to Cristel, we had only women leading small groups distributing drugs locally, and sometimes internationally. Since Cristel, we have seen women managing large, powerful cartels, following in the footsteps of other female cartel leaders.” Cristel managed to keep her activities, and those of her cartel undercover for a long time, by living modestly and discreetly, and trusting only a small group of family and neighbors. Tragically, she now faces numerous years in prison where she will have to raise her new baby, and try to protect herself from rival incarcerated drug divas.
Part IV
La Reina Del Sur: Inspiration for Costa Rica’s Drug Diva 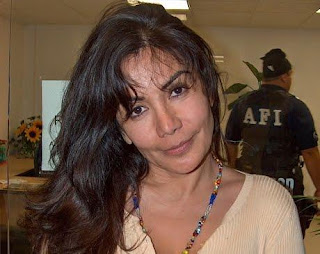 
Source: http://www.borderlandbeat.com/2020/02/part-iii-and-iv-la-reina-del-sur-costa.html
BeforeItsNews Announcements
Step 1: Get the Telegram App & Get Stories Direct to Your Phone or Computer Without Censorship! Get the Telegram App in the App Store or at
https://telegram.org/

Loading...
"Not by might, nor by power, but by my spirit, saith the Lord of hosts." Zechariah 4:6
Read it..
BEFORE IT'S NEWS
SIGN UP FOR OUR NEWSLETTER
Today's Top Stories
China Launched an Invasion—Terrifying Development You Need To Pay Attention To Before It’s Too Late!
Baking Soda and Sea Salt the Best All Natural Remedy for Combating Radiation Exposure and Cancer (Video)
God of Harvest Is Here - See It Unfolding - Obama Wasn't Joking - Is Britain Ready? Coronavirus Update (Video)
The Dollar Will Collapse Within Weeks! What Will Replace It? - Must See Video!
X22Report: Prepare for the Storm, it’s Time to Bring Down the Corrupt System, Ready! - Great Video!
Earth Formed Much Faster Than Previously Thought
Earliest Interbreeding Event Between Ancient Human Populations Discovered
Planet with 18 Hour Year on the Edge of Destruction, Shortest Orbital Period Ever Observed for a Hot Jupiter
Where Is The Greatest Risk To Our Mineral Resource Supplies?
How Newborn Stars Prepare for the Birth of Planets
Loading...
Featured
Anonymous: Most People Don't Even Realize What's Happening
Sarah Westall: Whistleblower Brutally Beaten, Coronavirus Explained From Chinese Healer, Hired Mercenaries
Mark Taylor: Q! Gloves Are Off, Fight Is On
Michigan college student posts picture of his new rifle, ends up charged with felony ‘making terroristic threats’
Children’s book celebrates homosexuality, gender fluidity for kids
Asians Far More Susceptible to Coronavirus than Other Races, More Likely to Die, Just Like SARS - REPORT
David Abel Exposed As Crisis Acting Freemason On Board Diamond Princess Cruise Ship
Another Disastrous Night for the Hapless Dems ~ Ep. 1185 ~ The Dan Bongino Show®
McDonald’s Self-Order Kiosks an Answer to Demand for $15 an Hour
Is Coronavirus a Biological Weapon?