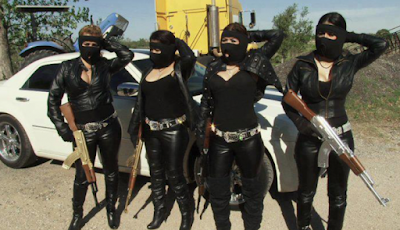 Part V:  La Reina Del Sur,  Who Will Fill the Shoes While Incarcerated in Costa Rica?
Cristel Yariella Gomez Espinoza, the 25-year old beauty dubbed the “Queen of the South” of Costa Rica, is now in Preventive Detention Prison in San Jose, along with her newborn baby girl, Valentina. Cristel is petite, just over 5 feet, and has taken advantage of the good plastic surgeons of Costa Rica to enhance her beauty – and help her escape detection. She was wanted by authorities for drug dealing and operating an illegal drug cartel when she was apprehended in August of this year, while clothes-shopping in the Zona Sur.
Cristel is part of a new wave of narcas, or queenpins, or narco queens, or drug divas, who have completely revolutionized the face of narco-trafficking throughout Central and South America. Their ascent to positions of power is due in part to the United States’ war on drugs, which has killed or imprisoned men leaving their daughters, wives, lovers and sisters to take their places.
In a new book by Arturo Santamaria Gomez, “Female Bosses of Narco-Traffic”, Gomez describes “widows, daughters, lovers and girlfriends of men in the drug trade have entered the business in increasingly powerful positions. It is arguably easier now for women to punch through the ‘glass ceiling’ when it comes to the drug world than in legitimate business.”

Women like Cristel Gomez and her drug diva sisters are now rocking the money laundering and drug smuggling world throughout Latin America. 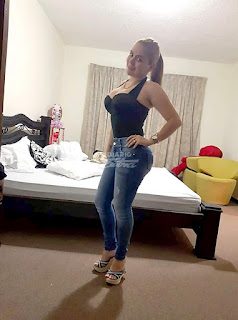 Part of the reason this new generation of drug divas has achieved success so rapidly is that unlike the previous generation, these women operate under the radar. A recent visit to Cristel’s (sometimes spelled Kristel) home in La Cuesta de Corredores, Puntarenas, revealed a modest home where she was living with her mother and father of her baby. The house is on a quiet street, behind a high wall, and is not ostentatious in any way.
Her uncle was riding around on an old bicycle, keeping an eye on the street. The word that a reporter was looking for information on La Reina del Sur had spread quickly from the taxi stand down the street, and neighbors seemed reluctant to discuss their famous neighbor. A taxi driver explained that La Reina was the financial backbone of the neighborhood, hence the unwillingness to share information.  Never bite the hand that feeds you.
This new breed of narcas has been dubbed “’The Invisibles”, for their ability to hide in plain sight, and conduct their business while leading ordinary lives. This is a far cry from the exaggerated extravagance of the previous generation of drug divas who lived in over-the-top mansions with fantastically expensive cars parked out front, and went out on the town nightly, dripping in jewels and designer clothes.
Insight Crime explains, “Forty years after Pablo Escobar industrialized the drug trade, we now see a new generation of traffickers who learned from their fathers and even grandfathers. They are playing their multimillion-dollar business off the radar, without attracting any attention.” The favorite weapon of Cristel’s generation of trafficker is an encrypted cellphone and a diverse portfolio of legally created businesses. And most will never personally touch even one kilo of cocaine.
Who then will step up to take over Cristel’s drug empire? People on the street in Cristel’s hometown think it’s unlikely that someone from her family will succeed her. However, Puntarenas is known as being the birthplace of criminal activity in the southern zone, so there are probably several drug divas in training. The murder rate in Costa Rica has gone down (560 murders in 2019 vs. 565 in 2018), but in Puntarenas, the murder rate was up (75 more murders in 2019 than in 2018). Walter Espinoza, Director of the Organismo de Investigacion Judicial (OIJ), explained, “We are concerned about the case of Puntarenas, where there is a huge increase in the number of homicides. We have a report that the social situation in the province is dire, with unemployment problems, youth gangs, and in general, social problems that could be a trigger for more homicides.”
Walter Espinoza added that the main source of violence in Puntarenas is the settling of scores between rival gangs, followed by revenge, and gang quarrels. It makes sense, then, that someone from Cristel’s gang would grab the baton and run with it.
Could she continue to manage her gang herself from prison? This has happened with narco-traffickers throughout Mexico and Central America, people have maintained control of both their subordinates and their businesses for years, right from their jail cells. Phones can be smuggled in, and guards can be bribed – easily. 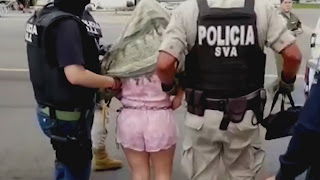 Cristel had probably the best narco-tafficking training possible from her father Alberto Gomez (now serving 30 years for drug trafficking), and her boyfriend Irving Guido Toruno, who died at age 34, in a paid revenge killing by his number one enemy, Luis Martinez Fajarado, aka. El Pollo. El Pollo took out a hit on El Gringo for c100,000, and the gruesome killing was videotaped, then put up on social media. El Gringo was 34 years old at the time, and died of 139 knife wounds before he was dumped out of the car on a remote San Jose road. Also involved was an ex-soccer player named Rodriguez who had agreed to hide El Gringo, but then betrayed him by telling El Pollo’s gang where he was hiding. El Gringo’s gang called themselves La Galaxia, and were 54-person strong at the time of his death.  La Galaxia were famous for their operational violence, and remarkable for having a 16-year old enforcer (sicario in Spanish), who would handle unpaid debts and revenge killings. This was Cristel’s vocational training.
Someone with a very clear idea of what is happening in the narco-trafficking world of the southern zone, is a criminal lawyer who often defends the narco-traffickers, Lic. Steven Flores Morales, not directly involved in the Gomez case. His thoughts on the narco-trafficking world of Costa Rica, and the role women play in it, will be featured in the next installment.
Coming Part VI –What punishment is La Reina likely to receive?


Source: http://www.borderlandbeat.com/2020/02/part-v-la-reina-del-sur-costa-ricas.html
BeforeItsNews Announcements
Step 1: Get the Telegram App & Get Stories Direct to Your Phone or Computer Without Censorship! Get the Telegram App in the App Store or at
https://telegram.org/

Loading...
"Not by might, nor by power, but by my spirit, saith the Lord of hosts." Zechariah 4:6
Read it..
BEFORE IT'S NEWS
SIGN UP FOR OUR NEWSLETTER
Today's Top Stories
This Coronavirus Outbreak Just Took Some Bizarre New Turns
Breaking! Deep State Spreading Virus! New Intel and Revelations From Mike Adams Feb 23
Anonymous: Something Is Happening Inside Egypt.. They Are Hiding It! (2020)
CERN Saturn Portal, Black Goo, Faces in Clouds, Chemtrails, Morgellons, Black Eyed Kids
Giuliani Says it Was Obama the Entire Time! He Has the Proof
Armageddon Is Near!!! It is NOW Time to Leave the Cities! 300 Million Will Die in Civilization Collapse
Trump Pissed at FEMA & HHS: Nixes Alabama Coronavirus Quarantine Plan
Breaking: Covid-19: Chinese Scientist and Activist - Jennifer Zeng, Lifts Veil of Secrecy
Coronavirus Bioweapon Mystery Solved: It’s All in the Name!
Clif High: New Covid-19 Interview Out of Hong Kong On the Ground There With a Doctor
Loading...
Featured
Why is Bernie Sanders Lying to You? - Great Dan Bongino Video!
Warning: Chinese Bank Runs! Threat Assessment Level 10! - Must See Video!
Jesse Ventura Calls for New 9-11 Investigation
Socialists Democrat Debate: A Look into the Total Destruction of America!
Central Banks to Buy Everything! Great Alasdair Macleod Video!
Arrested for Preaching the Gospel in Public!
Next 7 to 10 Days Crucial for the Country to Contain COVID-19: South Korea! - Great Video
Coronavirus Bioweapon Mystery Solved: It’s All in the Name!
Red Alert! If Somethings Isn’t Done Today to Stop it, the ATF Will Create Something We Can’t Undo!
Investors Are Piling Into Safe Havens on Coronavirus Fears