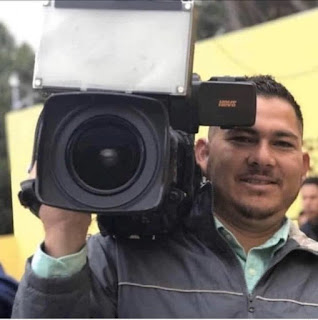 The demand for justice and investigation surrounds the death of journalist Juan Nelcio Espinoza Menera, in Piedras Negras, Coahuila, The reporter and social activist was known on social media as “El Valedor TV”.
On Friday the 22st Juan was covering live the violence brought forth by a confrontation between CDN and state police.
For unknown reasons, state police arrested the independent reporter and took him into custody where is charged, he was beaten, tortured and killed. These events are yet to be explained.
The UN-DH [human rights] reports that every death that occurs when a person is detained or in the custody of the State, its agents, must be investigated in accordance with the highest international standards. “This investigation must make it possible to determine the cause of death, the manner in which it occurred, its place and time, and all the circumstances of the case.”
The UN-DH indicated, among the circumstances that must be taken into account are the allegations of possible previous attacks or threats by police officers which the journalist’s family has claimed, as well as the possible linking the arrest to his work as a journalist. 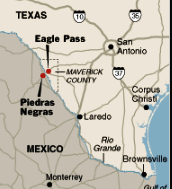 According to reports the journalist’s body revealed extreme torture and was left with many fractures including his arms and spine. Additionally, he was strangled and suffered head injuries.
He was dead on arrival.
Police have attempted to spread the rumor that the journalist was intoxicated, however witnesses at the scene say this is untrue.
Coahuila state police changes their name periodically, but it appears little else has changed from its dark history of human rights violations and charges of extrajudicial killings.
Piedras Negras is a border city in the state of Coahuila, which butts up to Eagle Pass Texas.  It is the premier border city in Coahuila for CDN, however Zetas Vieja Escuela (Old School Zetas ) has a presence and is currently showing signs of taking advantage of the military and police operation against CDN, by making a move to wards greater control.