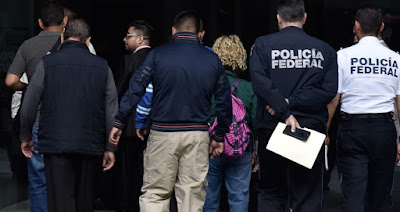 A Mexican judge has issued warrants for the arrest of 19 former federal police officials under the last government, including a former chief of police for the capital, for alleged organized crime and money laundering, officials said on Tuesday.
According to three officials, former Mexico City police chief Jesus Orta and 18 others are suspected of embezzling millions of dollars during their time in the federal police under the 2012-2018 presidency of Enrique Pena Nieto.
Speaking on condition of anonymity, one official said the suspects were wanted for creating a criminal network of more than three people, defined as organized crime.
President Andres Manuel Lopez Obrador told a news conference that the arrest orders were the result of an investigation into the accounts of the previous Interior Ministry, which then controlled the federal police. He did not provide details. 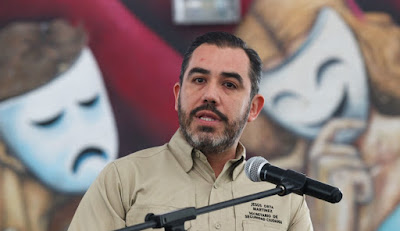 Orta
Orta, who was general secretary of the federal police at the start of the Pena Nieto administration, later served as chief of police in Mexico City, the capital, under current Mayor Claudia Sheinbaum until his resignation last October.
Among the 18 others wanted is Frida Martinez, another former general secretary of federal police described in Mexican media as a protege of Miguel Angel Osorio Chong, who was interior minister for most of Pena Nieto’s administration.
Neither Orta nor Martinez could be reached immediately for comment.
Sheinbaum is a close ally of Lopez Obrador and is a member of his political party, the leftist National Regeneration Movement, or MORENA.
Orta also held important posts in the city government under current Foreign Minister Marcelo Ebrard when he was mayor of Mexico City from 2006-2012, following Lopez Obrador.
Reporting by Dave Graham and Lizbeth Diaz; Editing by Leslie Adler