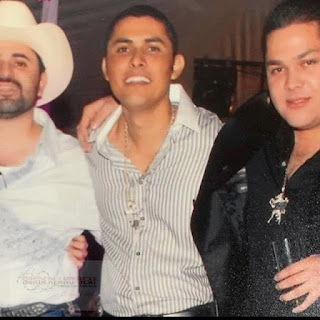 The image above made the social media rounds in the past few days, with the claim it’s a newly discovered photo.  The image is of  ‘Los Ántrax’ members; El Frankie,  Chino Ántrax’ and   El Pancho Arce.

However, after a couple of image searches I found that the photo appears to have been first posted in 2018, then forgotten. However old it is, it may the first time you have seen it.

I was struck how young Chino is, he appears 18 or so. 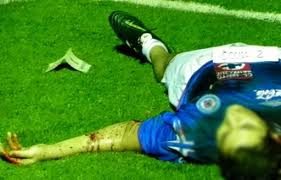 On November 1, 2011, an armed commando interrupted a soccer match in Culiacán and killed Francisco Arce Rubio, AKA “Pancho Arce El 4” one of the leaders of ‘Los Ántrax’. Arce Rubio was reportedly killed by ‘Los Mazatlecos’, a group led by “Chapito Isidro”, Fausto Isidro Meza Flores, of  the Beltrán Leyva Cartel.

Sergio Barajas Cháidez and Francisco Arce Rubio, were at the soccer field in the Emiliano Zapata neighborhood.

Witnesses informed the police that they were enjoying a soccer game, where Barajas Cháidez was on the bench and Francisco Arce was playing on the field.

At that time, a group of men armed with AK-47s and handguns broke into the sports field and after shouting at those present to throw themselves on the ground, they went directly for Arce Rubio who was killed on the soccer field.

10 days after fleeing the U.S. while on ‘supervised release’ in San Diego, the body of ‘El Chino Ántrax’ was discovered inside a BMW X5 SUV  in a Culiacán community. The remains of his sister and brother-in-law were also found. 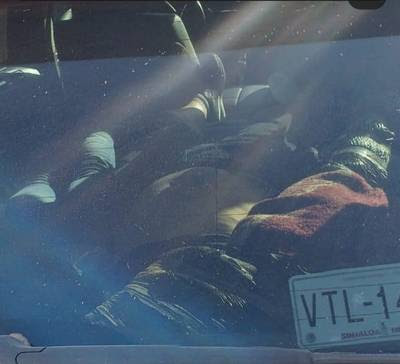 There are multiple accounts of his death by the military.

What is agreed upon is that Franklin Olguín Velázquez aka “El Frankie” or “El Dos”, along with Humberto Corona Guillén aka “El Chuve” and Pedro Valenzuela, the three members of  “Los Antrax” were together when they met their demise.

The “official” report says they were killed in a confrontation.

However,  Rio Doce reported  that they had access to forensic reports and the autopsies revealed evidence that they had been beaten, tortured, and subsequently gunned down.