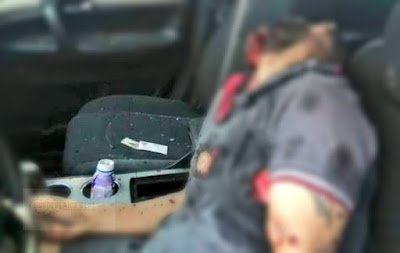 Chino Bitachi is dead.  He was killed on the streets of Culiacan, Sinaloa. He was the chief of Sicarios for the Munguia Villarreal brothers who are operators of El Mayo leader of Sinaloa Cartel. The deceased is accused of being the intellectual author of hundreds of killings.
Bitachi was killed Friday but was not identified at first, the shooting was reported as “A man was shot to death aboard a truck in one of the streets of the 21 de Marzo neighborhood to the west of the city.”
August 6th narco messages

On August  of this year Buggs reported of mantas being displayed in different parts of Mexico City, Culiacán, Hermosillo, Chihuahua and Obregón.
In one hanging in Pedregal de la Villa, of  Hermosillo Sonora.
In the text there is a message for Mexican President Andrés Manuel López Obrador “AMLO,” where they point out who are the real culprits of the many executions happening in Sonora, Chihuahua and Sinaloa. They included the names and images of the culprits “responsible of the violence”. 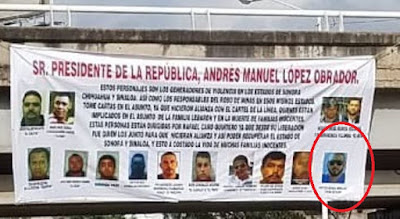 Among the names and images was; Héctor Bernal Mercado “Chino Bitachi”, who is the boss of sicarios for the cartel of the Brothers “Munguia Villarreal,” operates mainly in the city of Hermosillo, Sonora.
WARNING: Below has an  image that  I have blurred, but remains graphic
The content of the narcomanta is as follows:
“Mr. President of the Republic, Andrés Manuel López Obrador.

These are people that are the generating all the violence in the states of Sonora, Chihuahua, and Sinaloa.

They are also responsible for the robbery of the mines in those same states. Act on the matter, as they have made an alliance with the cartel of La Línea, who were involved in the LeBaron massacre and in other deaths of innocent families. These people are led by Rafael Caro Quintero since his release from prison, he was the one who brought them together to make an alliance and thus be able to retake the state of Sonora and Sinaloa, costing the lives of many innocent families.” This gave reference to the recent alliance that was formed between Rafael Caro Quintero and the armed wing of the Juárez cartel, “La Línea.” 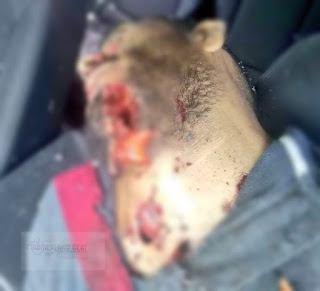 The “Munguia Villarreal” brothers are originally from Culiacán, Sinaloa, have lived for decades in the city of Hermosillo, Sonora, from where they direct drug trafficking to the US.
They keep a very low profile, they presented themselves as “farmers”, but they were discovered to be important operators of Ismael “El Mayo Zambada”.
Despite strong accusations and investigations into the arrests of members of that cartel by agencies in The United States, the “Munguia Villarreal” brothers do not have an indictments arrest warrants or investigation in Mexico.