Three men were shot to death inside a metal recycling business in Celaya, Guanajuato, yesterday afternoon. Municipal police officers arrived at the scene and immediately called an ambulance and requested back-up. No one was allowed inside the crime scene while investigators carried out the appropriate procedures at the site. The victim’s relatives arrived at the scene and were shocked by the news; some of them tried to get close to the bodies but were not allowed by the police.

Earlier this morning, the police reported (in a separate incident) that two burnt bodies had been found in Santa Barbara neighborhood in Celaya. The corpses were found inside a vehicle that was set on fire. A dismembered body was found in a separate incident in Gran Hacienda neighborhood later this morning. No one was arrested for any of the crimes.

The message left at the scene roughly translates to: “This will continue to happen to those who believe in El Azul and the Ms. The cleanse continues, and let it be clear that the only group that controls Celaya and all of Guanajuato is the CJNG. Sincerely, Grupo Elite”.

As reported by Borderland Beat, Celaya has increased a rise in homicides since the August capture of the local Santa Rosa de Lima Cartel (CSRL) leader José Antonio Yepez Ortiz (“El Marro”). The suspected new leader of the CSRL is Adan Ochoa (“El Azul”) and he is competing against the CJNG for control of Guanajuato. 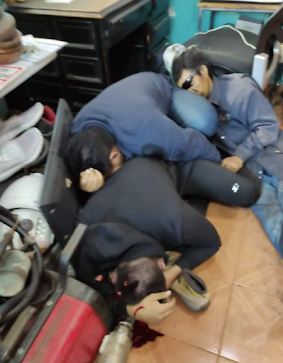 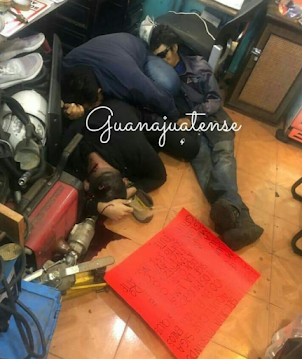