Also in a video message  “Operation MZ” (Mayo Zambada) of the Sinaloa Cartel announces its arrival in Nayarit. 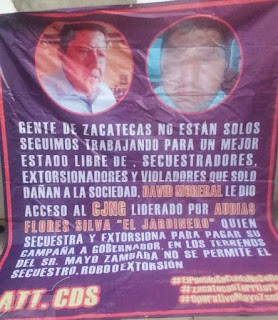 Narco-banners were hung in Zacatecas, ‘signed” by CDS and point to the Zacatecas Senator David Monreal, as being responsible for given access to the territory to CJNG, causing violence to citizens.

The senators brother, Saul Monreal (below) denounced the narco messages as “dirty politics” implying the messages were a smear campaign of lies.  Saul Monreal is the mayor of Fresnillo.

The messages read: (thank you Sol)

Citizens of Zacatecas. You are not alone. We are still working for a better State, free of kidnappers, extortionists, and rapists who only harm society. David Monreal gave CJNG access to the territory,  which is being led by Audias Flores Silva aka El Jardinero.

He is the one who is kidnapping and extorting the citizens to pay for his political campaign as Governor. Kidnappings, robberies, nor extortionists are allowed to operate within the territory of Mr. Mayo Zambada. 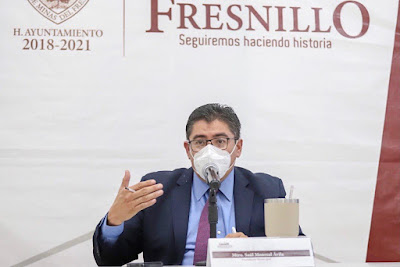 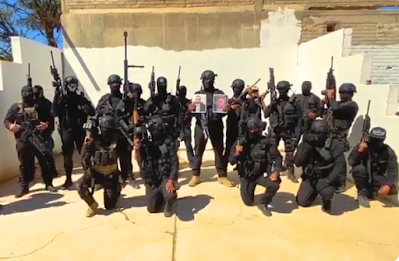