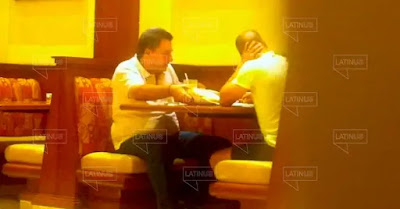 Pío López Obrador, brother of the president of Mexico, after being caught on videos illegally receiving packages of cash, filed a complaint with the Attorney General’s Office (FGR). It says he is the “victim” and asks that whoever is responsible for the dissemination of the videos be punished with 12 years in prison. In the same letter, it establishes that the disclosure was made in the weekly program under my charge on the Latinus news platform.

Pío López Obrador and the person who gave him the money, David León Romero, have already testified before the FGR about the complaint filed by the opposition National Action and Democratic Revolution parties after the videos were released.

However, Pío López Obrador went further: he did not stop to give his statement, but instead sought to attack by means of a complaint. It was filed with the FGR on October 2. Pío López Obrador speaks of the disclosure of his videos as “facts allegedly constituting crimes committed to the detriment of his person and his family (…) through the Latinus communication platform, directed by journalist Carlos Loret de Mola.” He asks that he be recognized as an adjunct to the Prosecutor’s Office and that it initiates an investigation on the matter. 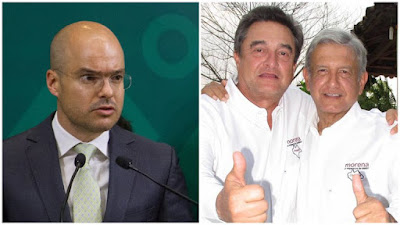 This is the argument of Pío López Obrador’s complaint:

“Two communications were disclosed to the detriment of my person and my family that were supposedly recorded by David León Romero, where the one who signed was one of the interlocutors. In the transmission of the videos, two conversations in which the undersigned participated were made available to the public, and although they could be legally obtained, this does not generate the right for them to be revealed, much less disclosed in a media outlet. communication, since they remain confidential between the undersigned and David León Romero”.

And he adds: “All reserved or secret communication is protected by our legal system. The various conversations I had with David León Romero were confidential and therefore are protected by the human right to privacy. Our justice system protects the privacy of individuals. For that there are certain provisions of law. Every human being has an intimacy and this must be respected. Based on the foregoing, the disclosure of the conversations is totally illegal”.

Then, he cites Article 211 Bis of the Mexican Federal Criminal Code, and claims the punishment: “To anyone who reveals, discloses or uses improperly or to the detriment of another, information or images obtained in a private communication intervention, sanctions of six to 12 years in prison and a 300 to 600 day fine”.

This complaint is the first public reaction that Pío López Obrador has had since two videos were revealed on August 20 in which he appears receiving bills in a bag and an envelope.

The person who delivered the cash and recorded the videos was David León Romero, nominated by President Andrés Manuel López Obrador (AMLO) to be the anti-corruption czar, a position that after this disclosure was assumed by another person. In fact, in his complaint, Pío López Obrador requests that a statement be taken from David León as a witness, “since apparently it was said person who legally intervened in our private communication.”

In the videos, which date from 2015, Pío López Obrador and David León point out that these deliveries of resources had been repeated monthly for the last year and a half. They agree that the money will be used to boost AMLO’s presidential campaign in 2018 and that he knows of the financial support.

Although the talk in the two videos does not explicitly establish it, it is suspected that the money came from the then governor of Chiapas, Manuel Velasco – today a senator – of whom David León has been a very close operator. AMLO declared, after the videos were made public, that the cash packages were ” contributions from the people ” and not the result of corruption. The explanation exploded public opinion in a mixture of outrage and mockery.

The complaint by Pío López Obrador, asking for 12 years in prison for a journalist, further escalates the permanent aggression of his brother’s regime against whom we have exhibited and denounced his failures, and in general against the exercise of freedom of expression.

Several international organizations, such as Reporters without Borders and Article 19, have singled out Mexico for this.

So far, AMLO newspaper had insulted his critics in his press conference morning, he had pressured owners of the media and had used advertising investment with public budget as blackmail to soften the questions. What we see from Pío López Obrador’s complaint is the shelter of the State – the Presidency and the Prosecutor’s Office as a whole – to encourage the complaint of the president’s brother, who is seeking jail and a fine against whoever has released the videos that exhibit in illegal acts. Clearly, this is a matter of transcendence, public interest and journalistic value whose public dissemination is protected by both national laws and international treaties.

We will have to fight.