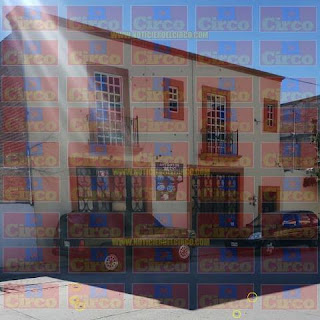 * Afterwards, they confronted elements of SEDENA and left a soldier injured

* “I haven’t lowered my guard not once in securing security”: Alejandro Tello

Hitmen attacked the house of the State Transit and Road delegate in this municipal capital and when fleeing they confronted elements of the Secretariat of National Defense (SEDENA), so they left a soldier injured.

In the end, the attackers managed to escape and were not arrested.

The events happened this Thursday, around six in the morning.

The armed individuals, aboard some vehicles, arrived at the official’s house, located on Emiliano Zapata Street in the Zaragoza neighborhood, in Jerez, and fired several shots with firearms.

After the above, in a convoy, they fled to Fresnillo, although the delegate of Transit and Roads reported the facts to the authorities.

It was the case that at the exit to Fresnillo, SEDENA troops met the criminals, who attacked them with bullets and they repelled the attack.

In this way, a confrontation arose, after which a soldier was injured and the aggressors finally escaped.

In addition, it transpired that these, incidentally, burned a house in the colony of Los Músicos.

No casualties were reported from the attack on the official’s house to regret.