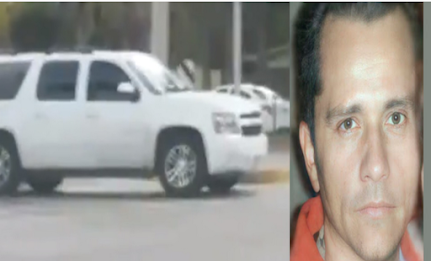 Eight people were hung and the unusual sighting of  “El Mencho” in a white Suburban: the testimonies from the ongoing assaults on Aguililla.

Residents of the town of Aguililla, Michoacán , one of the municipalities hardest hit by drug trafficking, reported clashes on Saturday in the municipal seat.  Strong clashes between armed groups serving organized crime took place in communities of the Aguililla municipality on Saturday, where reports from residents indicate that 8 hit men were hanged, although there is talk of a score of wounded, all of which has been hidden by the government of Silvano Aureoles Conejo. 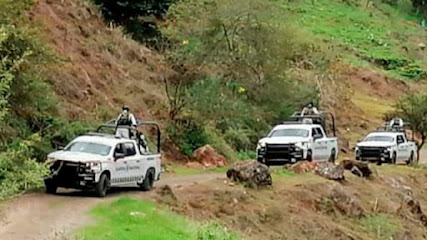 According to the residents, more than three dozen trucks with hitmen from the Jalisco Nueva Generación Cartel surprised their cartel rivals from Los Viagras in the Palo Dulce community, Aguililla municipality, where the former killed 8 hitmen who were hanged.

Inhabitants of that municipality located 270 kilometers from the state capital indicated that the clashes originated after more than three dozen trucks with alleged hitmen of the Jalisco Nueva Generación Cartel ( CJNG ) surprised their rivals of the Los Viagras cartel in the Palo Dulce community. 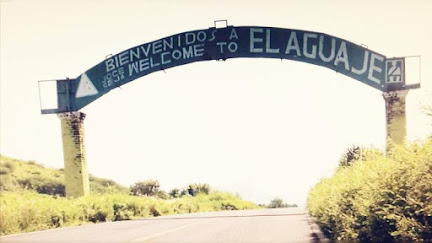 It is said that even eight rival hitmen of the Guadalajara organization were hanged as a warning. Other clashes were reported in the vicinity of the Bonifacio Moreno “El Aguaje” community.

The unofficial reports reported on the flight of helicopters of the National Guard (GN) in the area, as well as the displacement of a strong convoy of trucks, ensuring that in one of them, a white Chevrolet Suburban , the maximum leader of the organization was traveling. , Nemesio Oseguera Cervantes , “El Mencho”, a native of Aguililla. 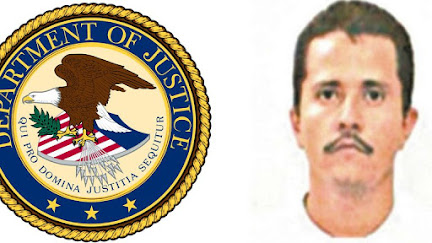 The authorities in the United States accused 28 members of the criminal organization CJNG for money laundering and other financial crimes of drugs and weapons  (Photo: Special)

For the past 15 months that the CJNG has tried to seize Aguililla, the fighting has spread to various towns, where the inhabitants serve as a human shield for the criminal organization.

Caught in the crossfire of the Jalisco Nueva Generación Cartel and the Carteles Unidos, at least 267 families have requested the support of President Andrés Manuel López Obrador.

“We are very afraid”: inhabitants of Aguililla, Michoacán, denounced that they are used as a human shield by the CJNG:

Through a recording, a woman shows the trace of the violence left by the organized crime combats. 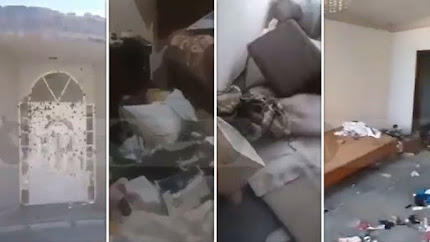 “Good afternoon, Mr. President Andrés Manuel López Obrador,   I am going to present you with a compilation of disasters and evictions that the war between cartels has left in our community of El Aguaje, in the municipality of Aguililla, Michoacán, as an objective that gives us your support because our peoples are running out of food or medicine. The criminal group Cárteles Unidos does not let us pass food or medicine and turns off the power whenever they feel like it, ” exclaims the victim.

The municipality of Aguililla, in the southwest of Michoacán, has become the scene of clashes between the CJNG, ie Jalisco Nueva Generación Cartel, the Cárteles Unidos criminal organization, and state and federal security forces. According to testimonies taken up by the Mexican media, La Silla Rota , the inhabitants of the municipality are the most affected. 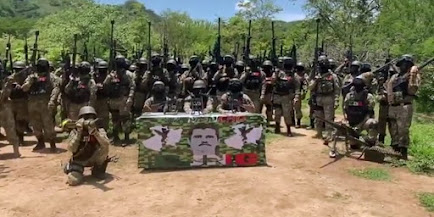 Upon the arrival of elements of the National Guard and the Mexican army to Aguililla, the residents of the different localities within the municipality have perceived that the violence against them has increased. Whereas previously the confrontations were oriented to the dispute between criminal organizations for territorial control, now there have been cases of inhabitants forced to go out to demonstrate against the Mexican security forces under threat from the CJNG.

This is how a resident of La Aguililla tells it for La Silla Rota , who preferred to keep his identity hidden for security reasons: “Here in El Aguaje and El Limón, the Jalisco Cartel are  forcing us to go out to confront the government, not to let them pass . They are forcing the families of all of us, that if we do not support them they will take everything from us, that they will run and even kill us.

For 14 years, the community of El Aguaje has been a point of dispute between the CJNG and the Carteles Unidos (Map: Infobae México)

A week ago Friday there was the strongest confrontation, to date, between elements of the state security forces and members of the CJNG, the criminal group headed by Nemesio Oseguera Cervantes,  “El Mencho”.

There have also been roadblocks using burning vehicles. In a video broadcast on social networks, an Aguililla resident denounced that the Carteles Unidos have resorted to leaving the community of El Aguaje without medicine, food and electricity . The recording is directed to the Mexican president, Andrés Manuel López Obrador, whom they ask for help in the situation. 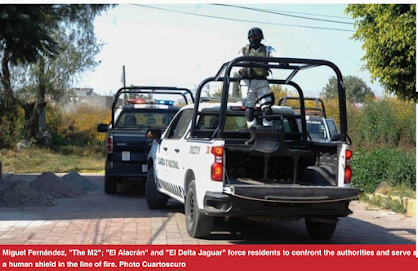 The inhabitants of La Aguililla have identified some of the characters who have intimidated them to use them as a human shield before the Mexican security forces: Miguel Fernández “El M2″, a person under the name of “El Alacrán” and someone more than it is identified as “The Delta Jaguar”.

They have been forced, for example, dress in white and go into the streets to prevent the passage of the authorities in the municipality “And the truth is we are very afraid to go do that, because they all have the bullets and we are being forced that we have to go and if not, they will kill us. Because the confrontation is very strong, because an operation failed. Things get ugly and they want us to go. We are afraid, very afraid ”. 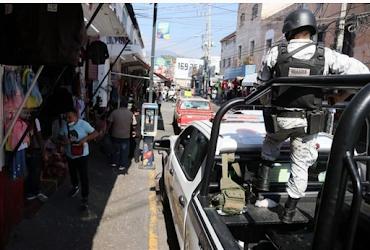 The criminal group Cárteles Unidos – a criminal alliance between local criminal cells – is identified as one of the main generators of violence. According to the entity’s secretary of Public Security, Israel Patron Reyes, this organization is behind the bloody acts that take place in the region. Patron Reyes has identified that this cartel offers money to the residents of the Pizándaro, Cenobio Moreno and Las Colonias communities, in exchange for attacking the police in Michoacán and setting up drug blockades.

Silvano Aureoles Conejo, governor of Michoacán, pointed out the abundance of water that exists in the mountains as the main attraction for organized crime to see in this region a platform for criminal operations.

” Fundamentally there, the issue is, there is water and it is a very isolated area, so it is facilitated for the installation of synthetic drug laboratories, ” he remarked. 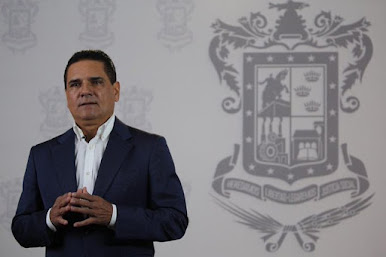 (Photo: Twitter @ Silvano_A)
These geographical conditions, he explained, have led to a permanent dispute over the place between criminal cells that operate in Michoacán, and others from neighboring states such as Jalisco.

” The permanent threat of criminal cells from the Jalisco side and the confrontation with the cells that are operating or that have been operating for a long time in the Buenavista, Tomatlán and Tepeque and Aguililla area .”

Michoacán is a strategic region because it is a transit point for drugs and the control of the Lázaro Cárdenas port in the Pacific, an entry point for chemicals for synthetic drugs that have made the CJNG a millionaire.

The CJNG produces and traffics drugs such as fentanyl, an opioid that has raised warnings in the US for the number of deaths from overdoses it has caused.