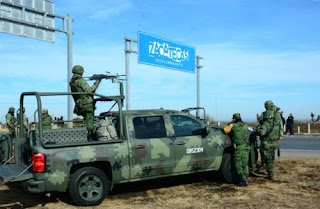 As reported by Alfredo Valdez and Gustavo Castillo for La Jornada

Over the past two years the violence caused by the war between the Sinaloa Cartel and Cartel de Jalisco Nueva Generación (CJNG) for control of the distribution of narcotics in Zacatecas, in addition to the transport of precursory chemicals and drugs from the Pacific Ocean to the Gulf of Mexico, as well as towards areas closer to the United States, has caused over one thousand reports of people missing and the multiplication of murder in the state.

For criminal organizations this state has become a key point for land routes that extend from the center of the country to the north and serves to connect between areas that, up until 2018, had been in the hands of the Cartel del Golfo and Los Zetas, which have been overwhelmed by the violence created by the Sinaloa Cartel and the CJNG.

Reports from the Executive Secretary of the National System of Public Security (SESNSP) showed that in this state, which borders San Luis Potosí, Aguascalientes, Jalisco, Nayarit, Guanajuato, Durango, Coahuila and Nuevo León, in 2020 there was an increase in the number of murders of almost 50 percent compared to those registered from 2017 to 2019.

In this context, while the average number of murders was 42 cases during the month of January from 2017 to 2020, during the first month of this year the SESNSP has been notified of 108 killings of this type.

The groups and Areas of Dispute

Federal officials pointed out the reports from the Security Cabinet referring to the dispute for control of Zacatecas beginning in 2018, when cells of the CJNG, led by Nemesio Oseguera Cervantes, “El Mencho”, made an act of presence in the area known in the area known as Los Cañones de Jalpa and Tlaltenango, which is located on the Jalisco border [Red on map below]. 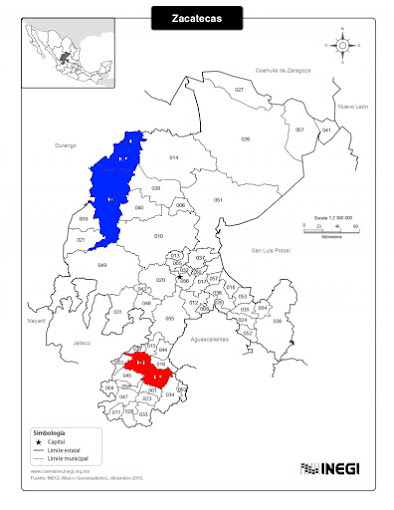 The initial confrontations occurred with the groups Los Zetas and Cartel del Golfo, which operated in the state. The organization of “El Mencho” absorbed cells of rival groups, as occurred in other states.

The presence of the groups originally from Tamaulipas and with a presence in Coahuila, Nuevo León and San Luis Potosí (above all those identified with the Cartel del Noreste) have lost territory in Zacatecas, mostly since 2019, when cells of the Sinaloa Cartel entered through the municipalities of Sombrerete, Miguel Auza and Juan Aldama [Blue on map above].

[Note from Itzli: To clarify part of this article, it is my understanding that the Cartel del Golfo, which once had significant power in Zacatecas under the leadership of Francisco Noé González Ramírez, alias "F1", became aligned with the CJNG following his arrest and has basically been absorbed by the CJNG last year. As for the Cartel del Noreste, as late as December of last year incursions into Zacatecas have been reported but they do not seem to hold any significant territory. In addition to the CDN, the article's mentioning of Los Zetas alludes to Los Talibanes, which once held significant power in Zacatecas. Following the arrest of their leader, Martín del Río Espinoza in November of last year, it was reported that Los Talibanes worked in close coordination with the CJNG.]

In addition to drug trafficking, the criminal groups have increased their activities of extortion, kidnapping, “cobro de piso”, causing cases of stores and businesses being burned in the municipalities of Fresnillo, Jerez, Guadalupe and Zacatecas.

Weeks ago, Luz Domínguez Campos, head of the Commission of Human Rights in the state made known that during the last decade the Attorney General has located 334 clandestine graves in the state. 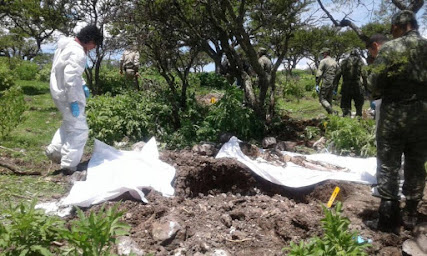 In this context, 2,192 reports of missing persons were made to authorities over the last decade, but in 2019 the State Attorney General’s Office (FGJE) stared 389 investigations for reports of unlocated people and in 2020 the number rose to 581 cases.

With that respect, Ricardo Bermeo, coordinator of the Citizen Advice for the State Mechanism for the Search for People lamented that in order to attend to this grave problem the attorney general of Zacatecas only authorized six investigators, two commanders, and four agents of the Public Ministry, that are “completely insufficient for the investigation and search” for the disappeared.