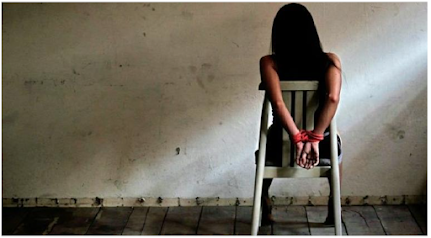 Saved by the Bell:  An American woman kidnapped more than a year by the Sinaloa Cartel in Culiacán.

According to the authorities, the woman was kidnapped and kept in different safe houses in the Sinaloan Municipality of Culiacán.

The FGR and the Navy carried out operations in Culiacán to free the victim and arrested Óscar ‘N’, “El Calayo” , and Luis ‘N’, “El Chacho” , alleged members of the cartel.

The Attorney General’s Office (FGR) and the Mexican Navy-Navy Secretariat (Semar) rescued an African-American woman of American origin, who was kidnapped for a year and a month in various security houses in the Sinaloan municipality of Culiacán, controlled by the  Sinaloa cartel , federal government officials revealed.

Both detainees were linked to proceedings after being charged with the alleged crime of aggravated kidnapping.

The operation to free the woman was carried out by elements of the Federal Ministerial Police (PFM) of the FGR and naval personnel, after completing three search warrants. 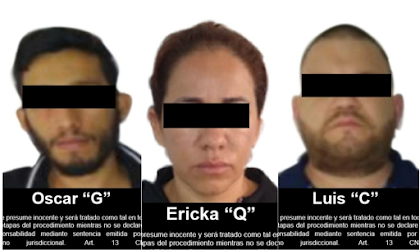 Due to these events, the capture of Óscar ‘N’, “El Calayo” , and Luis ‘N’, “El Chacho” , identified by the FGR as alleged members of the Sinaloa cartel, the authorities indicated, who indicated that the investigation into this case was still in is ongoing.

Both people, they added, have just been linked to the process after being charged with the alleged crime of aggravated kidnapping. The Federal Criminal Proceedings Control Judge residing in Culiacán, Sinaloa, determined that the evidence provided by the FGR is sufficient to determine his possible participation in the kidnapping of the woman.

The FGR reported that the intelligence and investigation work carried out by the Special Prosecutor’s Office for Organized Crime Investigation (SEIDO), and the Federal Ministerial Police, made it possible to locate three properties in Culiacán related to the crime. 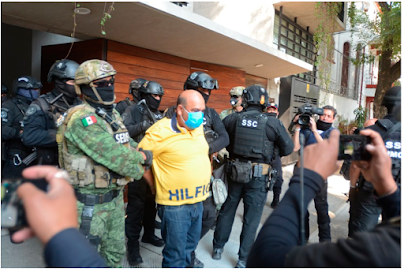 The agent of the Federal Public Ministry asked a District judge for search warrants, which were granted and completed with the support of personnel from the Secretary of the Navy. In the first of the buildings, the woman was freed and “El Calayo” was arrested in flagrante delicto ; “El Chacho” was found in the second building in possession of a firearm for the exclusive use of the Armed Forces, who also had an arrest warrant for the kidnapping of the victim.

While in a third building, Ericka ‘N’ was arrested in possession of 243.7 grams of heroin hydrochloride, as well as a gramera – gram- scale; the woman who was linked to  proceedings for the crime against health in its modality of simple possession. 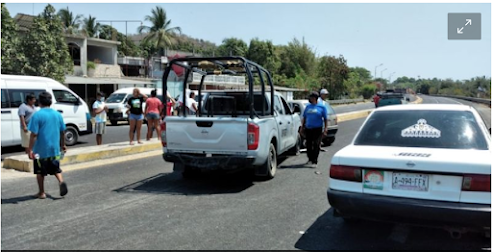 NOTE: I have found no info about the woman who was held against her will besides that she is in “relatively ” good health. Please enlighten us if any BB followers find something !
The judge decreed for the two men the precautionary measure of preventive detention, which they will carry out at the Federal Center for Social Reintegration number 14, in Gómez Palacio, Durango; and the woman was imposed the precautionary measure of justified preventive detention.