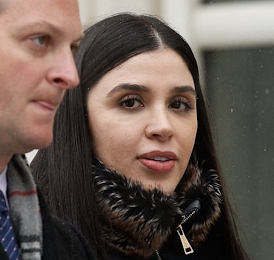 Emma Coronel, almost a month after her capture:

Emma Coronel Aispuro , a prisoner in Virginia for almost a month and accused of drug trafficking charges and of conspiracy to distribute narcotics and pass messages to the former leader of the Sinaloa Cartel that would have facilitated their operations decided to waive her right to a preliminary hearing, according to a document filed with the District of Columbia Court, and she is NOT happy in jail, as per Sol’s Post on March 11, 2021.

“El Chapo” , Joaquín Guzmán Loera’s wife , Emma Coronel Aispuro , signed the declination together with her lawyer, Jeffrey Licthman, where she claims to have understood that she is being criminally charged and that she has been notified of her prerogatives.

Under the Federal Rules of Criminal Procedure, there is a sum of up to 14 reasons why Emma Coronel and her defense agreed to waive her preliminary hearing . In the strictest sense, provisions 5.1 and 32.1 call for a change of assignment so that the accused may appear or gain time and decide how to proceed .

The examination of a judge 14 days after the initial hearing, as in this case should occur because the accused is arrested . On extending the period, good cause must be demonstrated, in relation to the public interest of reaching a prompt resolution of the case.

So “El Chapo’s” wife has waived an appearance where she could have questioned witnesses who incriminate her, including presenting evidence, but without objecting to the data for which she was arrested. It should be noted that everything that had happened in that appearance would have to be recorded and made available to the public , with a payment in between.

However, Coronel Aispuro may be preparing a statement or, on the contrary, refuses to provide it and the accused may be sanctioned for it .

“If one of the parties disobeys an order of Rule 26.2 to deliver a statement to the party, the investigating judge must not consider the testimony of a witness whose statement is withheld, ” says paragraph (h) of provision 5.1. 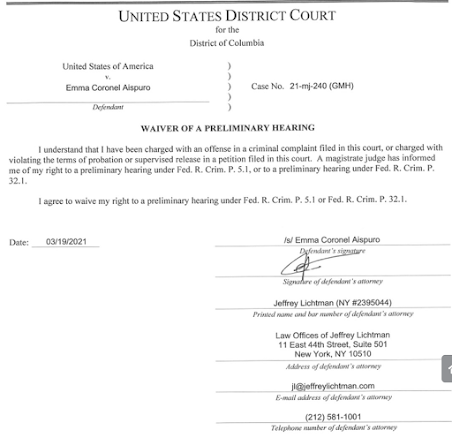 Also, a modification may not be required if the relief sought by the government is favorable to the person in prison . However, there is also the possibility that she cooperates with the authorities, according to the narrative leaked to various media in the US.

Colonel Aispuro is indicted on charges of conspiracy to import heroin, cocaine, marijuana and methamphetamine . If convicted, she would pay a minimum of 10 years in prison and a maximum sentence of life in prison, in addition to a fine of up to $ 10 million .

According to the indictment in case 1: 21-mj-00240 , she was a messenger for her husband Joaquín Guzmán Loera and conspired to send narcotics to the United States, both actions, between 2012 and 2017. In addition to planning “El Chapo’s” escape in 2015 , in direct accusations from the godfather of one of his twins: Dámaso López Núñez, the Lawyer – “El Licenciado”, Guzmán Loera’s lieutenant. 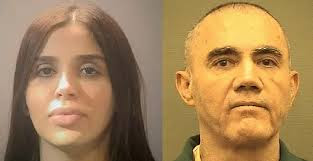 According to the sworn statement of the FBI special agent, Eric S. McGuire , the accusation is based on reviews of thousands of intercepted communications ,  interrogations of more than 100  members and former members of the Sinaloa Cartel, as well as another collaborator (a prolific drug trafficker who moved cocaine for the organization). 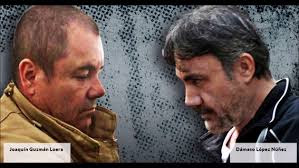 However, it was “El Chapo’s “high-ranking associate”   who provided most of the information  about  his own comadre’s alleged criminal conspiracies for drug trafficking; with her he planned, in addition to Guzmán Loera’s children, ” Los Chapitos”, the escape from the Altiplano prison in 2015 .

Just as the allegations are in the  accusation presented on February 17  before the  District of Columbia ,  the same testimonies of López Núñez , who  testified on January 22 and 23, 2019 in room 8D of the Court of the Eastern District of New York  in the so-called  “trial of the century.”

A former prison director, he was Guzman’s right-hand man.

After Guzman’s 2016 arrest, he battled Guzman’s sons for control of the cartel.

( Some of us may remember the Damaso’s War in BCS at the time ) See BB archives.

Known as ‘El Licenciado’, for having a degree, he was sentenced to life in 2018

Lopez Nunez was arrested in Mexico City in May 2017 and extradited to U.S.

He had been cooperating with authorities in return for a reduced sentence.

The news came three days after Guzman’s wife was detained by U.S. authorities.

At Guzman’s trial he testified she was deeply involved in Guzman’s trafficking.

Lopez Nunez is one of several people suspected of testifying against her.

A former prison director known as ‘El Licenciado’, for his university degree in law,  Lopez Nunez also spoke at length about Emma Coronel Aispuro’s involvement in her husband’s business, and her efforts to break him out of jail in 2015.

Her charging documents relied heavily on the testimony of ”Cooperating Witness 1”, giving rise to speculation that that was Lopez Nunez. 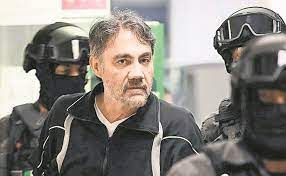 After being arrested at the Washington-Dulles International Airport on February 22, she was presented to the District of Columbia Court a day later, where it was determined that she would remain in pretrial detention. In the appearance she assured that she understood the charges. She has been incarcerated for 25 days at the Alexandria, Virginia Detention Center , along with about 350 other inmates.

Infobae Mexico consulted Emma’s defenders Mariel Colón Miró and Jeffrey Lichtman about the waiver of the preliminary hearing, but no timely response was obtained.