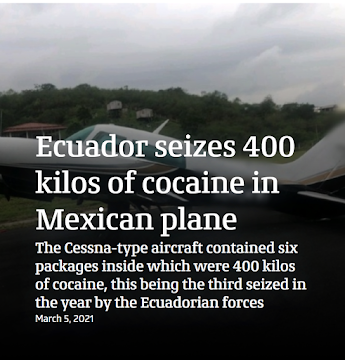 The Ecuadorian authorities seized, on March 2, more than 400 kilograms of cocaine that were loaded in a plane with Mexican registration.

Through a statement, the Air Force of that country reported that it located on the radar the aircraft that was flying low to avoid being located, before it landed in the town of Manglaralto .

“In these estates there was a plane from Mexico with clear intentions to load merchandise, narcotics, in order to leave Ecuadorian territory,” said prosecutor Juan Pablo Arévalo at a press conference.

The Cessna- type aircraft contained six packages inside which were 400 kilos of cocaine, this being the third seized in the year by the Ecuadorian forces. 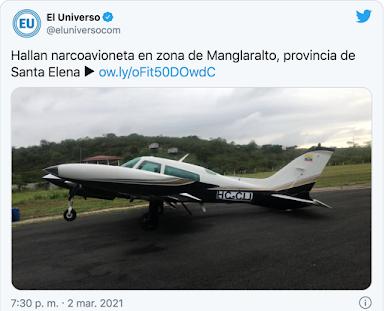 In addition, an abandoned vehicle was found in which there was a metal detector inside, as well as fuel drums. 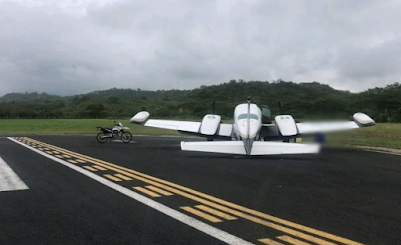 After the operation ”Great impact 10”, in the province of Santa Elena (southwest) of Ecuador, there were no detainees.  Finally, the Ecuadorians seized 435.7 kilograms with a market value of $17 million US dollars. 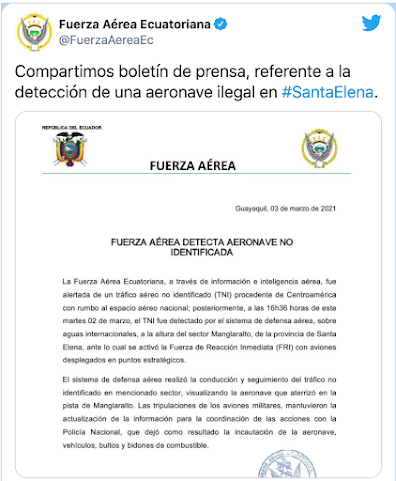