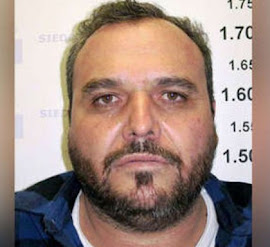 Former high-ranking Sinaloa Cartel member Jesus Reynaldo Zambada García, alias “El Rey” (The King), brother of Ismael “El Mayo” Zambada, was removed from the sanctioned list of the US Office of Foreign Assets Control (OFAC), a financial intelligence and enforcement agency of the US Department of the Treasury.

Anyone sanctioned under the OFAC’s Foreign Narcotics Kingpin Designation Act (Kingpin Act) is excluded from the US financial system. All their U.S.-based assets are frozen, and U.S. citizens or entities are prohibited from engaging in business activities with them.

A US spokesperson said that El Rey Zambada was no longer involved in “sanctionable activities” and that he demonstrated a change in behavior and circumstances.

“The primary goal of sanctions is behavioral change. A person [like El Rey Zambada] could be re-designated should new evidence or circumstances merit,” he said.

A US law enforcement officer declined to comment on El Rey Zambada’s legal status or whereabouts, saying that such information was not for the public.

El Rey Zambada was born on 13 August 1960 in Culiacan, Sinaloa, Mexico. He is younger than El Mayo, leader of the Sinaloa Cartel and one of the US and Mexico’s most-wanted drug kingpins.

El Rey Zambada was sanctioned by the US government in March 2012 along with two Mexican companies.

According to the investigation, El Rey Zambada controlled a drug trafficking route via the Mexico City International Airport on behalf of his brother El Mayo, who was sanctioned under the Kingpin Act in 2002.

“OFAC continues to target Ismael Zambada Garcia and his drug trafficking and money laundering network [including El Rey Zambada] to cripple their influence and deny them access to the U.S. financial system,” read the statement.

El Rey Zambada was arrested in Mexico in 2008 and extradited to the US in 2012 on drug-related charges. To reduce his sentence, he testified against Joaquin “El Chapo” Guzman during his 2019 trial, and said under oath that he paid millions of dollars to former Secretary of Public Security Genaro Garcia Luna.

His testimonies, along with those of his nephew El Vicentillo, were key for the US prosecutor’s case against El Chapo, who is currently serving life imprisonment in the US.

This recent announcement comes a few days after the US Federal Bureau of Prisons (BOP) confirmed that El Vicentillo and him were no longer in a US federal prison. As reported by Borderland Beat, prisoners who enter the Witness Protection Program (WPP) are removed from the BOP’s database and the general prison population.