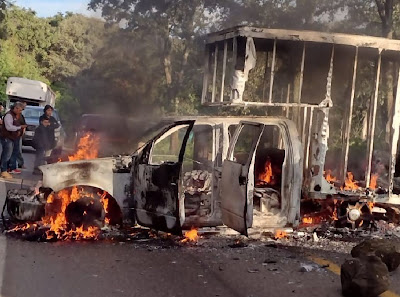 Michoacán experienced a day full of violence on July 14 2021. Alleged members of the Cartel Jalisco New Generation shot up and burned buildings, created road blockades, and ended the day with another confrontation with their rival Carteles Unidos. 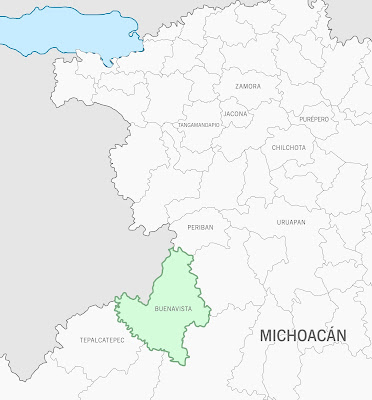 Ángel Gutiérrez Aguilar, alias “El Kiro”, was kidnapped on Sunday, July 11, 2021. El Kiro is believed to belong to the Carteles Unidos (CU). He is reportedly a close confidant of Juan Farias Alvarez, alias “El Abuelo”, the leader of the Tepalcatepec Cartel is part of the CU.

According to La Opinion, El Kiro is considered to be one of the three founders of the self-defense movement in the Michoacán, along with his friend Juan Farias Alvarez, alias “El Abuelo” and Hipolito Mora Chavez from La Ruana.

Reports indicate that El Kiro was traveling with his family from Tepalcatepec to the municipality of Apatzingán, where he was going to go for a medical consultation, when he was abducted. Right before his kidnapping, he allegedly called a relative on the phone and warned that his car was being followed in Buenavista. He then disappeared.

In response to El Kiro’s kidnapping, leaders of the Carteles Unidos threatened to take over Buenavista in order to free him. They also blamed the disappearance on Santiago Quintero Magallón, alias “El Maguey”, the alleged head of the Jalisco Cartel – New Generation (CJNG) group that is operating in Buenavista.

On July 14 2021, a Carteles Unidos member detailed in an interview with Azucena Uresti for Grupo Fórmula that El Kiro was sucessfully rescued alive. The member said the rescue occurred in the early hours of the morning. He added “Yes, it was purely by chance, because he began to scream, he had been there for two days and a child said he heard screams and that is how they found his companions there.”

The doctor who is treating El Kiro said in an interview for Grupo Fórmula that the vigilante leader is dehydrated but stable. And he added that, although he has some bruises, he has no signs of torture or of having been beaten excessively during his abduction.

“He is in delicate health, as he suffers from hypertensive problems, he has had previous heart surgery, but he is stable, I have him a little sedated because he arrived shocked with everything that happened, two days without eating, without drinking water, with dehydration, decompensated, I had to sedate him,” he said.

In addition to the El Kiro news, a video emerged online that social media users allege depicts the Carteles Unidos leader César Sepúlveda Arellano alias “El Boto” speaking to his hitmen in Buenavista municipality. No news outlet has confirmed if the man speaking is El Boto.
In the video the man says: 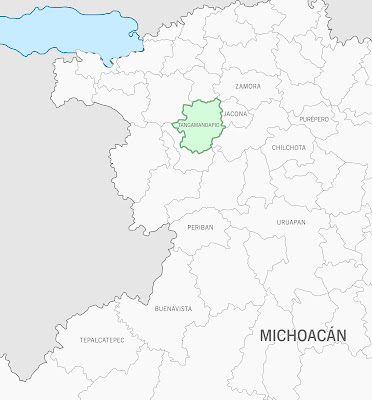 Sometime between 6-7:00 AM on July 14 2021, heavily armed men riding aboard a convoy of vehicles rode into the main square of the town of Tarecuato, in the municipality of Tangamandapio. The men exited their vehicles and began shooting towards the Tenancy Headquarters building. Volleys and volleys of rounds made impact with the façade of the headquarters building.

Vehicles parked near the headquarters were also targeted by the gunmen and destroyed by their gunfire. In particular, a community police patrol vehicle was damaged beyond repair by their attack. Residents report that two local businesses, one a wine shop and another a coffee shop were also attacked by the armed men, who threw Molotov cocktails at the buildings until they had successfully been burned down. 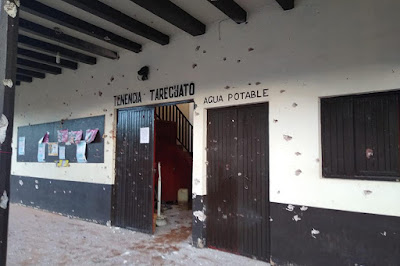 Found in the burned out ashes of the coffee shop, the remains of a person who died in the fire was found. The Michoacán Police later confirmed to the media that the person found in the coffee shop was the only deceased or injured person they found related to this event.

The attacks in Tarecuato were reported to authorities. Michoacán Police and Army (SEDENA) soldiers were dispatched to search throughout Tangamandapio for the perpetrators.
A law enforcement search patrol was able to locate an abandoned vehicle that was believed to have been used in the Tarecuato attack. A red SUV was located in Las Encinillas. Inside the vehicle, police officials report that they seized 11 mags, 128 bullets, 50 tire puncture devices, and 7 homemade explosive devices. The Michoacán Police put out an official statement on their twitter detailing that a patrol located a second abandoned vehicle which had 2 mags, 113 bullets.
During another search patrol, several armed men riding aboard a pickup truck on the sandbanks near the town of La Cantera were spotted by security personnel. According to police reports, when the armed men saw the personnel looking in their direction, the armed men began to shoot towards them. The SEDENA and Michoacán police officers returned fire and repelled the aggression. 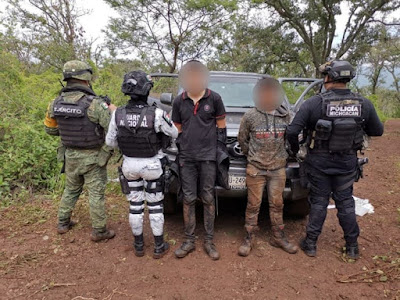 Multiple armed men fled the location by by running into the mountainous terrain. Only two of the armed men were able to be apprehended following the confrontation. The two apprehended men are Steven Francisco Rodríguez Duarte and Daniel Ortiz Salazar. Inside the pickup truck used by the armed men, personnel was able to seize 11 long barrel firearms, 57 mags, close to 1,500 rounds of ammunition and 10 tactical vests.
Angulo 7 reports the armed men are “presumed members of the CJNG” or Cartel Jalisco New Generation. Of note, the Michoacán Police released photographs of the tactical vests seized following the Tarecuato attack and at least one tactical vest bears the insignia CJNG. 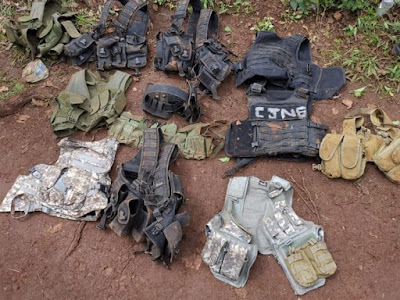 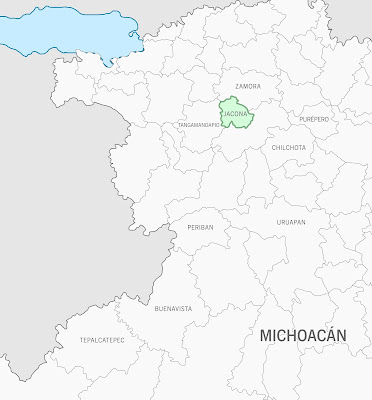 According to CLIC Noticias and El Financiero, some of the same armed men who were involved in the Tarecuato attack also set up burning roadblocks in Jacona with the intent of covering their escape and prevent police from pursuing them. The roadblocks were created on the Jacona-Los Reyes highway and the Jacona-Tangamandapio highway, near Rancho Nueva. Armed men reportedly forcibly commandeered cargo trucks and tractor trailer trucks, parked them crossing the highway lanes and set the vehicles on fire. 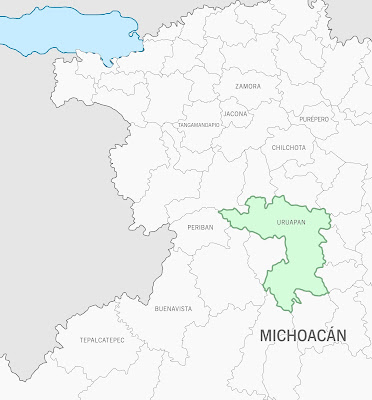 On the morning of July 14 2021, on the Uruapan-Gabriel Zamora highway, near what is known as the municipal garbage dump, police officers were shot at by armed men. The officers returned fire and repelled the aggression. Sin Embargo reports that one of the assailants was wounded in the attack.

Guardia Nocturna reports that the group behind this attack on police is the CJNG. The Michoacán Police put out an official statement on their twitter saying:

In coordination with @GN_MEXICO_ and Municipal Police we maintain operational work in Uruapan, derived from an aggression against police personnel, without registering injured agents. In repelling the attack, an alleged assailant was wounded, who was taken to a hospital.

The #PolicíaMichoacán, in coordination with the @GN_MEXICO_, and the Municipal Police, implement an operational action on the Uruapan-Lombardía highway near Matanguarán, after an attack against police personnel, without any injuries being reported so far. 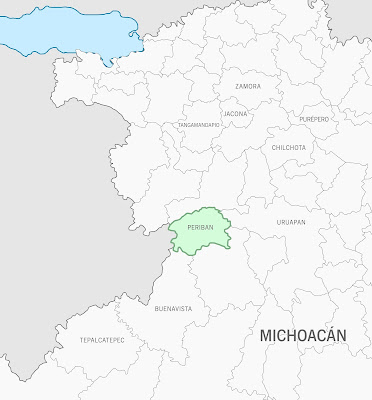 A Michoacán police officer was traveling in a state police van on the highway between Peribán and Buenavista Tomatlán when he was ambushed by armed subjects who were inside an avocado orchard. Unofficial versions suggest that the officer was a “self-defense fighter”.

According to initial reports from both La Silla Rota and Aristegui Noticias, the attackers belong to the Jalisco Cartel – New Generation (CJNG). 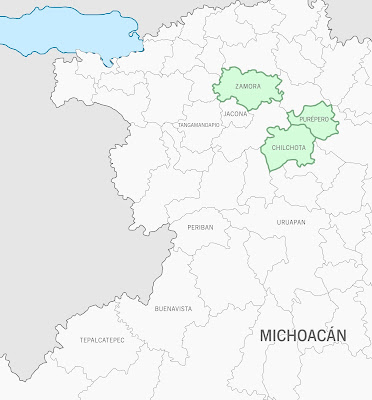 Video Source:  La Silla Rota
In the municipality of Chilchota, near Carapan, armed men stole and burned a vehicle in order to create a blockade on the highway. Another road blockade was created at the crossroads of the Purépero – Carapan highway, near the substation. Residents report that firefighters worked on extinguishing the flames of a cargo truck in order to be able to move the vehicle and free transit. Two road blockades were reportedly created in Zamora municipality as well but few further details are available. 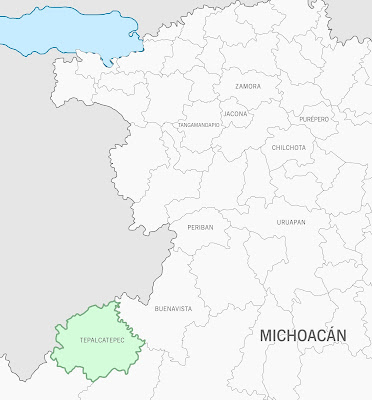 Captured CJNG Member Video
Warning: Graphic content.
On July 13, 2021, a day before the events detailed above, a video of an alleged captured CJNG member was uploaded to social media. His alleged captors are Carteles Unidos. Social media users allege this video occurred in Buenavista municipality.

Male: Things went to shit for this person. Who knows who that guy was.