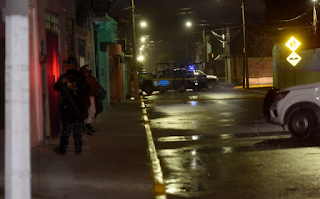 They were found in plastic bags on the public road

On Monday night, human remains were located on the public road.

On Monday night, human remains were located inside plastic bags in various parts of the municipality; while in a sewage channel of the community of Estrada, which leads to the facilities of the Forensic Medical Service, bones were found. 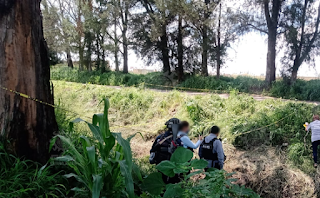 In Estrada residents found a skull floating in a channel of dirty water.

On Monday night, several reports were received at 911 emergency center, in which citizens reported on the discovery of human remains in plastic bags on the public road, which generated police mobilization.

In the first instance, a small black bag was located on the sidewalk of Ejido de San Felipe Street, almost on the corner of Ejido de San Nicolás de Parra, in the Ejidal neighborhood, as well as a cardboard with a message from an alleged organized crime group. 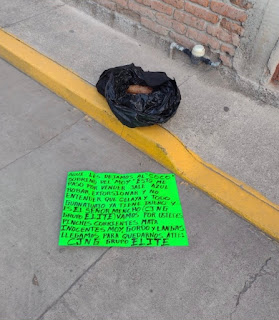 We’ve left Coco here for you guys, he’s Moy’s nephew. This was my fate for selling blue crystal meth, thieving, extorting and for failing to understand that the state of Guanajuato already has an owner. And that’s El. Mencho (CJNG Grupo Elite). We’re coming after all you cheap fucks who kill innocent civilians: Moy, Gordo, and Langas. We’ve arrived to stay entrenched here. Sincerely, CJNG Grupo Elite

Almost simultaneously, the report of the discovery of a second bag with human remains on Lago de Camécuaro Street, almost on the corner of Lake Sayula, in the Lagos neighborhood, there was a deployment of units of the Municipal Police, the Mexican Army and the National Guard throughout the area.

Investigation agents and experts from the Regional Prosecutor’s Office C, came to carry out the processing of the site of the finding and start with the first investigations into it, so far it’s unknown who or who left the human remains abandoned on the public road. It’s also unknown whether the two facts are related to each other, it will be the authorities that provide the official data in this regard.

BONES ARE FOUND IN ESTRADA NEIGHBORHOOD

A little more than 24 hours earlier, a human bone was located inside a sewage channel located on the dirt road that leads from the way to San José de Guanajuato to the facilities of the Forensic Medical Service (SEMEFO), near Rancho Las Maravillas, which caused the deployment of units and investigation agents on the site.

Residents of the area who came to clean the canal located a human skull floating in the water, they gave notice to the authorities, although so far the Prosecutor’s Office has not issued information about this fact, it’s unknown if only the skull or more parts of the body was located.