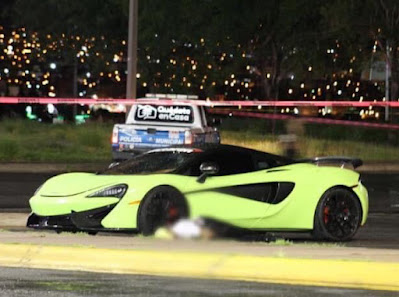 La Empresa’s Iván Chaparro, alias “El Yuyo” was executed as he was walking towards his McLaren vehicle in a parking lot in Chihuahua city, Chihuahua.
The Shooting

On the night of August 18, 2021, a man of approximately 30 years old was seen leaving the Stay Fit gym in an area west of the Quinta del Sol neighborhood of Chihuahua city. The gym is located within a commercial shopping center near where Periférico de la Juventud highway crosses Politécnico Nacional Ave. 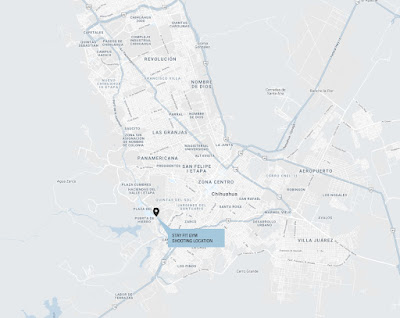 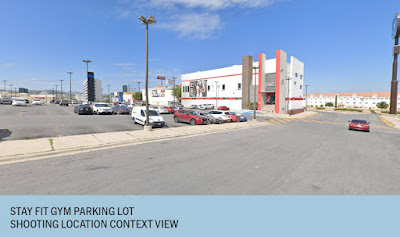 Just as the man was about to get into his sports vehicle, he was intercepted by two armed subjects who approached him and shot him repeatedly. The man died a few minutes after the first shot had been fired according to Tiempo. The gunmen then fled the area and as of the writing of this story, no arrests have been announced in relation to this shooting.

Witnesses in the area reported the gunfire to the emergency line, and according to El Diario dozens of police officers were dispatched to the area to respond to the report. At the crime scene, the man was found dead on arrival by officers next to a neon green McLaren 600LT Spider that presumably belonged to the deceased. 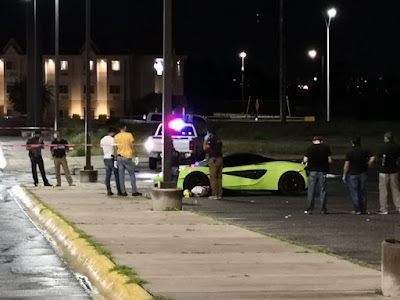 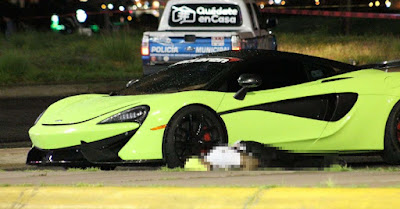 Four casings of 45 caliber ammunition were recovered by forensic experts at the scene. Following the processing of further evidence and documenting of the crime scene, the body of the deceased was transported by Forensic Medical services for autopsy.
The Deceased – El Yuyo
The deceased appeared to be wearing a white shirt, black Nike sweatpants, black sneakers and a neon green baseball cap that matches the color of McLaren “Mantis” green color. He was carrying a black duffle bag, which can be seen to be still slung over his shoulder in photographs of the crime scene. 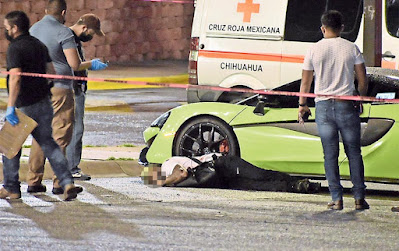 Before the name of the deceased was officially released by authorities, publications such as La Opción de Chihuahua were able to preliminarily identify the deceased as  Francisco Iván Chaparro Moreno, 27 years old, originally from Juárez city, Chihuahua. The vehicle was said to have a license plated from the state of Morelos.
Francisco Iván Chaparro Moreno, alias “El Frank”, “El Franck”, or “El Yuyo” was identified by websites such as Frontenet as “in the chain of command of the criminal organization known as La Empresa.” 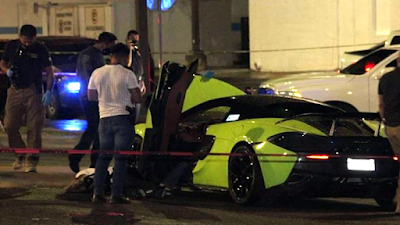 The prosecutor’s office later confirmed the connection between the deceased and La Empresa. Attorney general César Peniche Espeje stated that Francisco Iván Chaparro Moreno “El Yuyo” is the brother-in-law of René Gerardo Santana Garza, alias “El 300”.
El 300 was arrested in November 2018 and he is currently imprisoned in Ciudad Juárez for leading the criminal organization called “Los Aztecas” which is at the service of the cartel La Empresa. 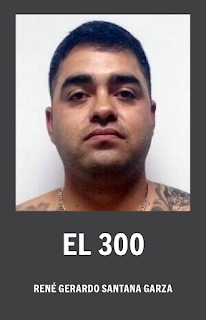 Diario reports that “El Yuyo” was identified as part of a high level circle that controls the Periférico de la Juventud area of Chihuahua city, which includes several large high end shopping centers and the super-luxury neighborhood called Distrito 1.
In his social networks, El Yuyo was said to show off his luxurious lifestyle, often showing off and racing his rare vehicles. His Instagram handle was franck.cm1 and he currently has 4,026 followers. The account is currently set to private, whether it was always set to private is unknown at this time.

La Polaka reported that in a related incident, on July 6, 2021, a man was shot while he was getting into his Raptor Power Ranger pickup in Juárez city. The wound was not serious and the man was able to drive himself to the Star Médica hospital, on Paseo de la Avenues in Juárez  to receive medical treatment.

However, El Heraldo reports that the District Attorney’s Office has stated that the two cases are not related and that El Yuyo was not the person attacked in Juárez.

Beating in the Parking Lot & the Politician’s Son

Diario reports that unofficial police sources have tried to link El Yuyo’s death to an event that occurred at the end of July in one of the exclusive shopping centers of Chihuahua city, when an individual was brutally beaten by “escorts of a businessman” until the victim went unconscious.

Video released online depicts the end of the July 23 2021 incident which occured in Paseo Central plaza. In the footage, threats can be heard being made towards the victim as several “bodyguards” beat up the man. Diario later discovered that the bodyguards were policemen, but hired out by the State Police (SSPE) to supposed “entrepreneurs” who are directly related to organized crime. A Ministry of Public Security vehicle also allegedly arrived right after the brawl to escort the businessman who had just had the victim beaten.

Merchants who rent their spaces within the Paseo Central plaza and ones that rent from the Fashion Mall and District One plazas say they have witnessed similar fights over drug sales or outright drunkenness in the clubs in the last few months.

Yesterday a copy of a screenshot was released in which the son of a controversial politician Carlos Marcelino Borruel Baquera commented online that he will not like the photo of “El Yuyo” as he says, “because you didn’t invite me yesterday”. Politician Carlos Marcelino Borruel Baquera is a former mayor and former gubernatorial candidate. He is currently under criminal prosecution for alleged aggressions against journalists.  Marcelino allegedly threatened the journalist with “disappearing him”. Marcelino confessed, in a hearing before a judge, he ordered the surveillance of the journalist, assuring he knew where he was, where he was not and what he was doing.

Warning: Graphic photo below this point. 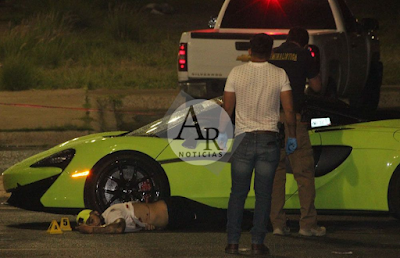