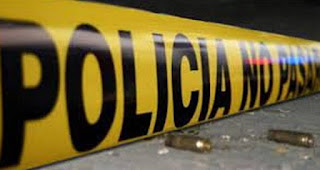 A criminal group that operates in Tenancingo and Coatepec Harinas are held as the perpetrators of the murder of a policeman who belonged to the Security Secretariat of the State of Mexico, whose headless corpse was found on the afternoon of Saturday on the streets of the aforementioned municipality.

This homicide is related to the body of a male located on the Agua Bendita road in the San Antonio Agua Bendita neighborhood, which was decapitated.

The authorities announced that the crime was linked because the victim’s wife “Ariadna U” commented that last Thursday (01/13/22), Francisco Javier “N”, who worked as an element of the State Police in the municipality of Joquicingo for about 18 years, left his domicile located in Calle Buenavista, Colonia Emiliano Zapata, Tunciego municipality, saying goodbye to his father Juan “N”, who told him that he was leaving, he loved them a lot and to take care of his family.

In the words of the woman herself she said that the man’s father, somewhat surprised asked the reason why he was saying goodbye, for what he confessed that he had a second family in the municipality of Coatepec Harinas, and that days before they had been abducted by a group of people belonging to organized crime.

The man had received threats in which he had to surrender or his family would be murdered (father, mother, brothers, his wife named Ariadna U and daughters, two minors, and the people who they had already kidnapped).

After this fact, the officer left his home and no knowledge of him was ever known again, until the afternoon of last Saturday in which he was found dead, police officers believe that members of a criminal group are responsible for the crime. Apparently they had acted in revenge.

Police also mentioned that all this is a mere presumption, because everything will have to be confirmed or discarded once elements of the FGJEM conclude with the investigations of the case.