The Attorney General’s Office (FGR) reported the seizure of weapons, narcotics and vehicles, after executing a search warrant in a property located in the Cortinas neighborhood, in Ciudad Obregon, Sonora.

According to the report, the Specialized Regional Control Prosecutor’s Office (FECOR) was in charge of executing the search after obtaining a warrant. 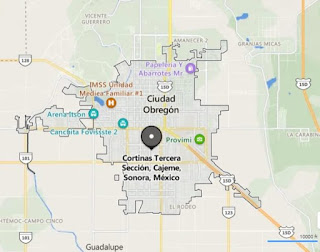 In addition, 45 magazines for firearms of various calibers, two circular magazines, a box with shotgun cartridges, a link tape with 27 cartridges and two radios.

The seized items were handed over to the agent of the Federal Public Prosecutor’s Office, who will take the corresponding legal steps to proceed in accordance with the law.

Agents from the Federal Ministerial Police, the Criminal Investigation Agency, the Secretariat of the Navy-Mexico Navy (Semar), municipal police, state police of Public Security and personnel from the Forensic Services of the Institution participated in the actions.