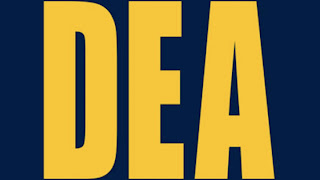 The U.S. Drug Enforcement Administration (DEA) has stopped stationing a plane in Mexico for anti-narcotics operations for the first time in decades after Mexican officials rescinded its parking spot, three sources said.

The withdrawal of the aircraft is a new hit to joint cooperation against drug crime which has frayed in recent years under Mexican President Andres Manuel Lopez Obrador.

The DEA has had its own aircraft based at Toluca near Mexico City since at least the early 1990s to conduct missions against cartels, ferrying U.S. agents and elite Mexican units to supervise time-sensitive raids across the Latin American nation.

The current plane, a twin-turboprop King Air able to fly about 10 people, played a key role in capturing some of the world’s most powerful drug lords, and was used on raids against former Sinaloa cartel chief Joaquin “El Chapo” Guzman. It also served DEA operations in Central America.

According to a U.S. government official and two security sources familiar with the topic, the airplane has now been moved to Texas. All three requested anonymity as they were not authorized to speak about the issue.

“It will bring things to a halt. We can’t drive through parts of Mexico, it’s too dangerous,” said one of the security sources familiar with DEA operations.

The DEA declined to comment on the matter. The Mexican Attorney General’s Office (FGR) and the Mexican president’s office did not respond to requests for comment.

It is another example of the fissures in the relationship between the DEA and Mexico’s government since Lopez Obrador came to power in 2018 and vowed to take a less hostile approach to battling organized crime.

Reuters reported in April that Mexico last year disbanded a select anti-narcotics unit that for a quarter of a century worked hand-in-hand with the DEA to combat the cartels.

Despite the sharp reduction in anti-narcotics cooperation under Lopez Obrador, some U.S. officials say it has improved since a near-total rupture in 2020 when U.S. authorities arrested Mexico’s ex-army chief Salvador Cienfuegos for allegedly taking bribes from a drug cartel.

Lopez Obrador has frequently criticized the DEA over its methods that he says run roughshod over Mexico’s sovereignty.

Problems with the plane began soon after Lopez Obrador took power, according to the security source familiar with DEA operations.

Its use slowed in 2019 after the Mexican Secretariat of National Defense (SEDENA), which controls the airspace and enjoys an enlarged role under Lopez Obrador, began to demand a written request from the U.S. government two weeks prior to any flight.

This made many missions unworkable due to the need for flexibility and speed, the security source said, but the DEA’s appeals to Mexico’s foreign ministry were in vain and the aircraft’s use stagnated.

Then, about a month ago, the DEA moved the plane after Mexico’s FGR asked the agency to relinquish its parking space in the FGR hangar in Toluca airport, according to the U.S. government official.

“The plane was invaluable to our missions,” said Leonardo Silva, a former DEA agent who served in Mexico. “It’s very important to the DEA’s ability to function and be effective in Mexico.”

With two DEA pilots on standby at all times, the plane has also been critical to rescuing U.S. agents facing death threats, including in 2011 when the Zetas cartel in central Mexico killed a U.S. Homeland Security Investigations agent and hunted his wounded colleague, Victor Avila, who had to be flown out.

Extraditions of traffickers are also likely to be imperiled because the DEA often only has a matter of hours to take cartel chiefs abroad before their lawyers tangle the process in a web of judicial moves, said one former senior DEA agent who worked in Mexico.

Drug cartels waging turf wars over trafficking routes have driven Mexico’s murder rate to above 30,000 homicides per year. In the United States, the new hyper potent drugs produced by Mexican cartels have triggered a sharp jump in overdoses that led to more than 100,000 U.S. deaths last year.