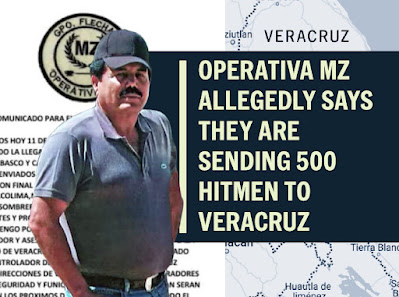 In a message alleged to be signed by Ismael Zambada, alias “El Mayo”, the group Operativa MZ says they are sending 500 hitmen to the state of Veracruz and seek to take the state out of the control of CJNG’s Iván Casarín Molina, alias “El Tanque”.

An alleged online communiqué from Operativa MZ and El Mayo has been circulating on Twitter, shared by cartel news users like Gatto Grande and BALAM.

It is worth noting that the veracity of a narco banner is dubious under any circumstance, but at the very least a banner has to be placed in a relevant location by people with physical access to that space. Online  communiqués on the other hand could be made by anyone by anyone, anywhere in the world which make them even less trustworthy than narco banners.

As was brought up with the recent CJNG narco banner allegedly signed by El Mencho, anyone can claim to be the signer of a banner. Sometimes banners are created by rivals in order to heat up the plaza.

However in the last few years, with social media access being so readily available, cartel organizations are often calling out fake banners that allege to be them. Similar to the El Mencho banner, watching to see if the organization denies it was them in the next few days will be key to determining the authenticity. 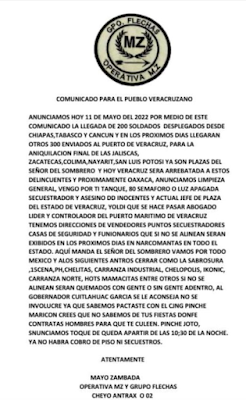 The image reads as follows:

Communiqué to the people of Veracruz

We announce today, May 11, 2022, by means of this communiqué the arrival of 200 soldiers deployed from Chiapas, Tabasco, and Cancún. And in the next few days another 300 will arrive at the port of Veracruz, for the final annihilation of the Jaliscans.

Zacatecas, Colima, Nayarit and San Luis Potosí, are already the plaza of the Lord of the Sombrero [El Mayo]. And today, Veracruz will be taken from these delinquents and soon Oaxaca.

We announce a general cleanup. I am coming for you El Tanque, 80 Semáforo or Luz Apagada, kidnapper and murderer of innocents and current head of the Veracruz state plaza. Yoldi, who poses as a lawyer, leader and controller of the seaport of Veracruz.

We have addresses of vendors, puntos, kidnappers, safe houses and officials and if they are not aligned with us they will be exposed in the coming days in narcomantas placed throughout the state.

The Senor del Sombrero [El Mayo] sends us here. We go all over Mexico.

And to the following locations: La Sabrosura, 15cena, PH, Chelitas, Carranza Industrial, Chelopolis, Ikonic, Carranza Norte, Hots Mamacitas, among others.  If you are not aligned with us, you will be burned either with people or without people inside.

The governor Cuitlahuac Garcia is advised not to get involved, as we know you made a pact with the CJNG. Do you think we don’t know about your parties where you hire men to fuck you? Fucking homosexual.

We are announcing a curfew, starting at 10:30 at night. There will be no more “cobro de piso” [collecting of extortion fees] or kidnappings.

The symbol at the top appears to be identical to one of the few PNGs with transparency you can find on google related to Los Flechas. The image originates from -no joke- a GTA San Andres clan, which may suggest this letter is fake because surely real Los Flechas members would have access to a better version of the logo.

But cartel organizations are not necessarily known for their consistent logo use or strict adherence to branding guidelines so this version of the logo being used may not be indicative of the letter being fake.

The Two Brothers That Command CJNG Forces in Three States

In the letter, one sections says “I am coming for you El Tanque, 80 Semáforo or Luz Apagada, kidnapper and murderer of innocents and current head of the Veracruz state plaza.” Iván Casarín Molina, alias “El Tanque” is alleged to be the overall commander of CJNG forces for the state of Veracruz. 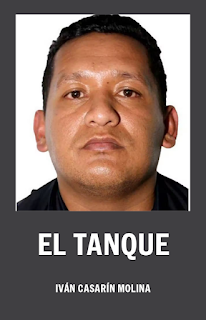 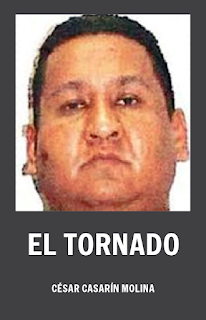 He was arrested back in 2013, near the city of Guadalajara. El Tornado uses the fake name “Víctor Hugo Delgado Rentería”, which is the name often cited in news articles about him.

Much like CJNG lieutenant El Jardinero, Tanque and Tornado are said to have been friends with Mencho in the earliest days of him being a cartel figure. Mencho and his wife Rosalinda are alleged to be the godparents to the children of both El Tanque and El Tornado.

Just note that if you search for El Tornado, a vast majority of the search results will display photos of his brother El Tanque due to this early misreporting. 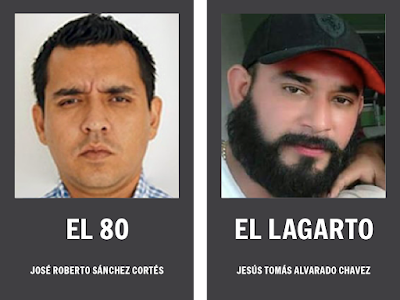 José Roberto Sánchez Cortés, alias “El 80”, a former state police officer, is in charge of managing the finances and drug smuggling logistics within the state for the CJNG. Acting as more of a numbers man while Jesús Tomás Alvarado Chavez, aliases “El Lagarto” and “El Jarocho”, is believed to be the commander of hitmen, in charge of recruitment, training and mobilizing hitmen. As well as organizing and arranging the protection of stash houses, drug routes and assigning bodyguards to CJNG leadership figures.

Lagarto has been tied to an April 2019 massacre that killed 13 people in Minatitlán. Shortly after the massacre, banners and social media posts exposing the face and names of El 80 and El Lagarto were posted online, with messages alleging the two were responsible for Minatitlán shooting. 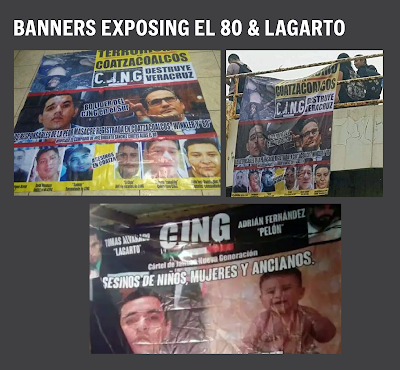 El Lagarto was arrested in May 2019 in relation to that multi-homicide. As of January 2021, he was still serving time in prison for the charges he was convicted of but he may have been quietly released since then.