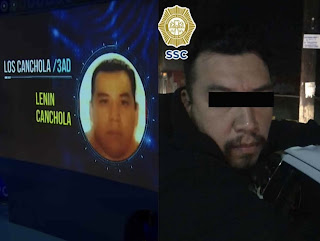 The subject, arrested this Friday in Monterrey, is characterized by his high degree of violence, even against members of his own criminal group.

It is known that “Lenin” was hiding out in several states of the country, such as the State of Mexico, Guerrero, Oaxaca, San Luis Potosí, Querétaro and Nuevo León.

He began his criminal career as part of a cell known as “Los Claudios”, where he was responsible for invasions of land and extortion of merchants and tenants.

Later he founded the shock group “Los Malcriados 3AD” (Third Destructive Action), with which he forged an alliance with the criminal group “Unión de Tepito” settling mainly in the Cuajimalpa, Álvaro Obregón and the Magdalena Contreras neighborhood.

In those areas, “Lenin” was responsible for the sale and distribution of drugs in large quantities for subsequent retail sale.

He also coordinated and ordered the murders of members of antagonistic groups, to take absolute control of the territory, which caused the wave of violence that is currently being experienced in said neighborhoods.

“Lenin” is characterized by his high degree of violence, even against members of his own criminal group, as a punishment measure he ordered their abduction, chaining them for several days, locking them in small wooden boxes and subjecting them to heavy construction labor on his properties without receiving any payment and, on occasions, they were executed. 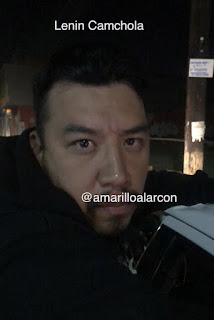 This subject coordinated drug deliveries through taxis that are coordinated by his relatives, mainly brothers who also act as “spies.”

His accomplices also helped him collect the profits obtained from this activity and others such as extortion, fee collections and kidnapping.

Through investigation and intelligence work by the SSC, it was learned that “Lenin” was hiding in several states of the country, such as the State of Mexico, Guerrero, Oaxaca, San Luis Potosí, Querétaro and Nuevo León.

It was also learned that his collaborators who served him as protection managed a low profile. They lived in rented homes to keep a low profile. Everyone on duty was given instructions not to reveal his location, he constantly changed his residence, phone number and telephones, and used international digits for short periods.

This man was imprisoned in the South Prison in 2005 for the crime of Qualified Robbery but was released.

“Lenin” is credited with the murder of a DJ named Luis “N”, which occurred in February 2018, who disappeared from a bar in the Condesa province. He was found beaten, bound, and dead in the neighborhood of Alvaro Obregon.

As well as the murder of Juan “N”, which occurred on August 13, 2019 in the Tacubaya neighborhood, of the Miguel Hidalgo colony; who was in the company of his brother Daniel “N”. He was injured by a gunshot in the leg and right hand.

And the murder of Daniel “N”, which occurred on January 11, 2020, in the Mixcoac neighborhood, of the Benito Juárez colony. In addition the abduction of a militant from the “MORENA” political party, which occurred on May 29, 2020 in the Álvaro Obregón neighborhood. The victim was later released the same day. 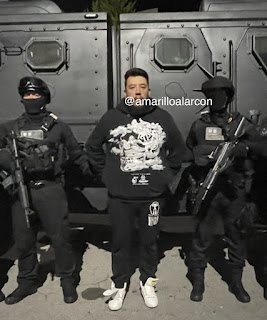