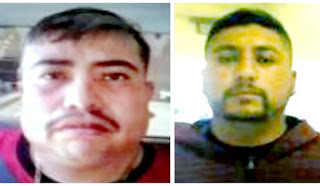 The so-called uprisings, armed attacks and bodies with the coup de grace are present again in Tecate.

Participating authorities of the Security Table do not rule out that these will increase after the release, on Thursday, July 28, of Samuel Vaca García alias “Primo”, “Cholo” and/or “El Gallo”, originally from Michoacán, alleged boss financier of the Jalisco Nueva Generación Cartel (CJNG) until 2020 and generator of violence in the municipality, who was captured by elements of the State Security and Investigation Guard (GESI) when a weapon was located in his vehicle in October of that year, and when carry out a review, they noted an arrest warrant for homicide.

In the criminal organization chart, the function of “El Primo” was to establish the logistics for the payment of the criminal structure and the public servants co-opted by the leader of the CJNG criminal organization in that municipality, particularly elements of the Municipal Police who provided information of the detainees or the date and time of the operations that would be carried out in the areas where they moved.

Witnesses told ZETA that on several occasions they observed moving from one place to another, both Vaca García and Dany Ortiz “El Moreno”, aboard units of the municipal corporation through Tecate territory.

Vaca García has a criminal record for carrying firearms for the exclusive use of the Army in 2020 and has been singled out in anonymous complaints for selling drugs. In 2009 he was investigated by the Drug Enforcement Administration (DEA) as a suspected member of a network of drug traffickers to the United States, and in 2010 he was imprisoned in Washington for possession of cocaine.

In the same year he arrived in Tecate, where after dedicating himself to drug distribution, he was head of the criminal organization’s plaza, and later in charge of the financial operations of the criminal group; belonged to the cell of “El Moreno” and his brother Giovanni Ortiz “El Puma” -both murdered in February 2019 and January 2022, respectively-, who had control of drug dealing in Tecate, headed by former police officer Jesús Alfonso Trapero Ibarra. 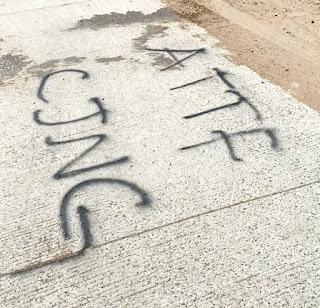 They are identified as allegedly responsible for the murder of police officers Rosalba Santillán Esqueda and Pedro Ignacio González, which occurred on Sunday, May 24, 2020, when they finished dismantling their guard as security for Infantry Major Orlando Hernández Porras, former director of Tecate Public Security.

Days before the release of Vaca García, members of the CJNG began a series of attacks on homes, four so far in Valle de Las Palmas and Testerazo, identified by the authorities as drug sales points that, after the death of “Moreno ”, they changed sides and provide their services to other cartels. Some were set on fire, others were blasted with high-powered weapons. In all of them, the same action was signed with the insignia of the cartel: Sincerely, CJNG.

Authorities indicated that in the area of ​​Valle de las Palmas and Testerazo, Vaca García maintained safe houses before being detained, as well as in Lomatova and Cerro Azul.

Twenty-four hours after the release of “Primo”, a unit with two members of the Municipal Police of Tecate was attacked by a group of armed people, leaving the member Jesús Arnoldo Díaz dead, and another named Roberto, with a gunshot wound on his leg.

According to the authorities, there is concern that there will again be attacks against elements of the three levels of government, particularly the Tecate Municipal Police, which is said to have elements that maintain links with organized crime, from both criminal groups.

The tension in the Pueblo Mágico, increases, after two cases were presented in which young people who left a bar were abducted by armed individuals and hours later they were found dead.

The first, Jesús Vale, was picked up in the heart of the city, he worked in a pizzeria and days later he appeared dead in another neighboring municipality of Tecate.

For his part, Osmar Chan Vázquez, a baker by trade, is presumed to have been drinking alcoholic beverages in a bar called Taboo, he then moved to the KIU establishment, where upon leaving he was kidnapped and found dead in the early hours of Sunday, on a local road to the Las Auras Dam with several firearm impacts, one of them at head height.

ZETA was informed that authorities are seeking to increase the presence of elements of the Army and National Guard in areas such as Valle de las Palmas, Testerazo and Tecate, following the release of Vaca García. It is expected that he will strengthen the CJNG operation hand in hand with Ulises Macías “El Chamán”, who maintains control of the Lomatova area, El Hongo and its surroundings. He is considered as head of the cartel after the death of Dany Ortiz “El Moreno”.