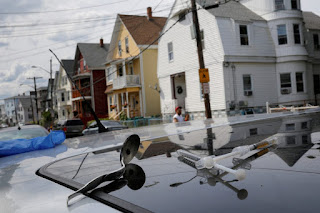 To help combat the opioid epidemic, 18 Attorneys General nationwide are calling on the Biden administration to label the deadly drug fentanyl “a weapon of mass destruction.”

In a signed letter, the bipartisan and multistate effort led by Florida AG Ashley Moody and Connecticut AG William Tong asks President Biden to declare fentanyl a WMD to “help abate or at least slow the crisis’s trajectory while also protecting Americans from a mass casualty event from” the drug.

“As attorneys general of our respective states, we are deeply involved in the fight to end the national opioid crisis,” the letter opens. It lays out the fact that the opioid crisis has been a “static” issue, but one that “has evolved over time from prescription opioids to heroin to synthetic opioids, namely fentanyl.”

The letter uses the record number of fentanyl seizures in fiscal year 2022 and the historic number of fentanyl deaths in the U.S. as proof that the epidemic is creating a national problem of epic proportions. “Enough fentanyl has been seized in the last year to kill every man, woman, and child in the United States several times over,” the letter says.

The prevalent nature of fentanyl in the U.S. makes the attorneys general believe that this is not an accidental tragedy, but “either purposeful conspiracy to murder Americans or an effort to stockpile a dangerous chemical weapon.”

“Designating fentanyl as a weapon of mass destruction would require the Department of Homeland Security and the DEA to coordinate with other agencies or parts of agencies, including the Department of Defense, about fentanyl,” the AGs say.

“Thinking about curbing the problem in different, new ways may disrupt what the foreign companies and drug cartels involved are doing or at least make it more expensive or difficult.”

The AGs argue that the inexpensive nature to create and smuggle the deadly drug could make it appealing to a bad actor who wishes to use it against the American people. The letter acknowledges that declaring fentanyl a WMD is unorthodox, but says that the amount of Americans being killed by the deadly synthetic opioid is a cause for the unprecedented move.

“Treating this solely as a narcotics control problem has failed to curb the proliferation of increasing quantities of chemicals that can cause a mass casualty event,” the letter states. “We must not sit idly by until a terrorist chooses to inflict harm using this substance on a large group of Americans — our countrymen are already dying from this poison.”

Florida AG Moody also took to Twitter to explain her decision, saying “Fentanyl is a major public safety threat and @JoeBiden must declare the illicit drug a weapon of mass destruction NOW.” 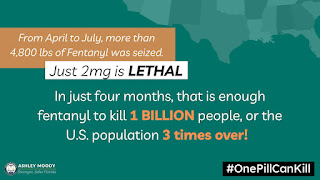 This is not the first time Moody reached out to the president regarding fentanyl, and not even the first time she asked the drug be declared a WMD. On July 18 of this year, Moody wrote a letter to President Biden asking for the same declaration.

This declaration has also been weighed by the government for at least a few years. Back in 2019, the publication Task & Purpose acquired an internal DHS memo in which officials were debating whether or not to classify fentanyl as a WMD.

According to reports on the matter, the memo said that the drug’s “high toxicity and increasing availability are attractive to threat actors seeking non-conventional materials for a chemical weapons attack.”

The Biden White House has previously prioritized funding and resources to fight back against the influx of the deadly drug, but it seems to have barely made a dent in the issue.

In light of the flow of drugs spilling over the border, the White House haa also come under scrutiny for its recent remarks about the border being “secure” despite record numbers of border crossings and fentanyl seizures.

White House spokesperson, has become increasingly more defensive of Biden’s responsibility at the border. Some of those exchanges can be seen below: