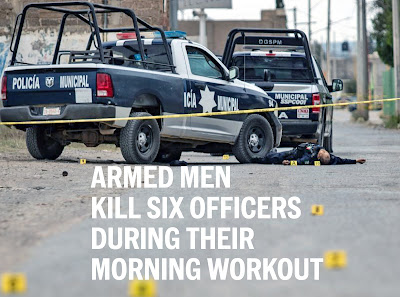 In Calera, Zacatecas, a group of armed men ambushed police officers during their morning workout at a municipal training facility and shot six officers to death, with three more seriously injured.

Warning: Some graphic images below this point.

On the morning of Wednesday, September 28, 2022, multiple municipal police officers arrived at a training area in  Barrio de San Judas within the municipality of Calera, Zacatecas, and began working out. 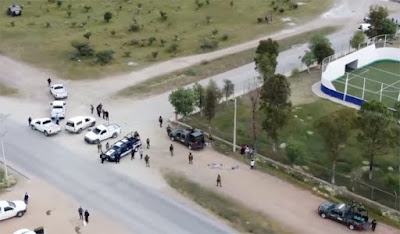 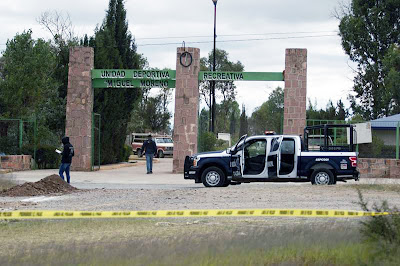 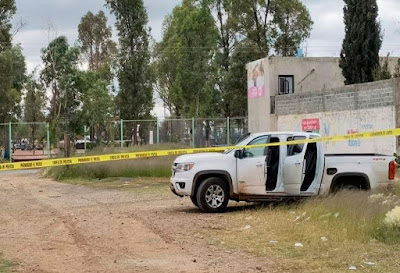 Calera is located about 17 miles (or 27 km) outside of the capital city of the state. It, much like the capital, is contested between multiple cartel groups. 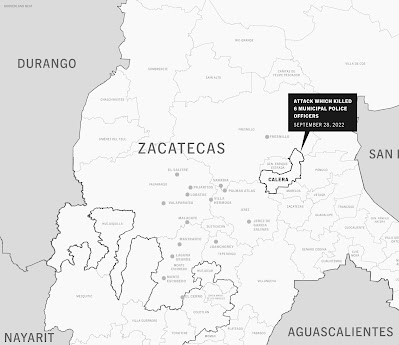 At approximately 9:30, a group of armed men entered the training area, carrying firearms and opened fire on the officers. At least five officers in the training area bled to death from the gunshot wounds they sustained. 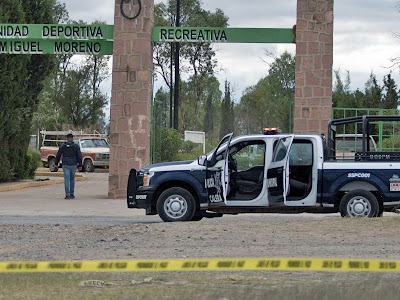 According to NTR Zacatecas, Rafael Gonzalez, the police director, and the deputy director approached the area of the gym in a vehicle just minutes after the shooting at the training area concluded. Their vehicle was approached by the same group of armed men and they were both shot multiple times. 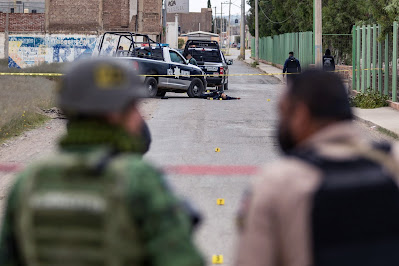 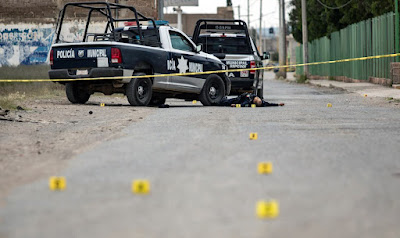 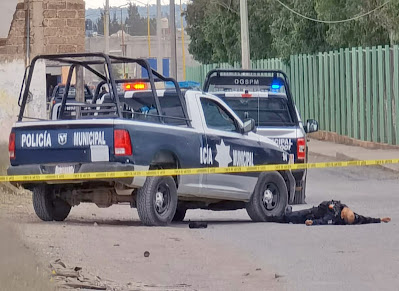 Residents of the area uploaded videos of the sound of gunfire they heard that morning to social media. The videos below contain no graphic content and depict only the sound of gunshots.

When emergency personnel arrived on scene, the director, deputy, and multiple other officers were found to still have vital signs  and they were rushed to the nearest hospital. 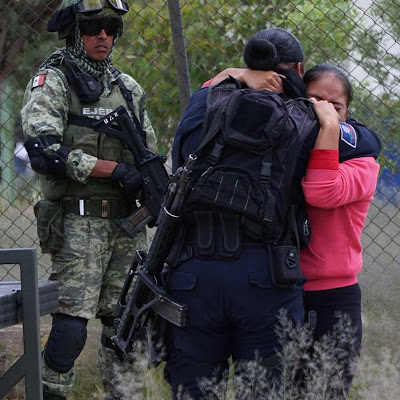 The police director, however, died from his gunshot injuries while he was being transported, leaving the number of dead at six, according to the latest article on the incident from El Sol de Zacatecas. Three more are in the hospital with serious injuries. 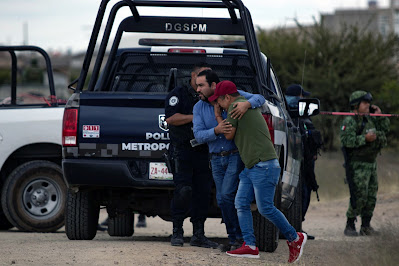 The Governor of Zacatecas, David Monreal Avila publicly expressed his condolences to the families of the policemen and instructed the various law enforcement and military agencies on the Security Roundtable to find the attacks.

“Those who are at the forefront of the strategy to provide peace to the people of Zacatecas have the full support of the government I lead. In this, as in all cases of violence that threaten their integrity, we will do what is necessary so that justice prevails,” he wrote. 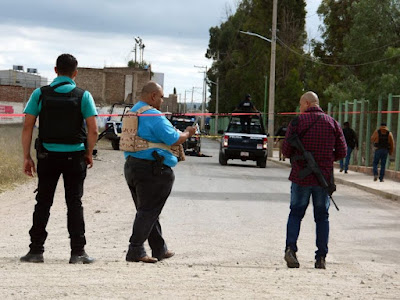 This isn’t the first time that the Calera municipal police have been hit. Last year, at around this time of year, the previous deputy, Ricardo Lamas Campos, was killed.

So, had the Calera municipal police department ever been threatened by cartel groups before? Yes, at various points in its history it had.

In November 2018, a Gulf Cartel (Cartel del Golfo, CDG) banner with threats against the same police director who died, Rafael González, was hung in Calera. It read, in part: 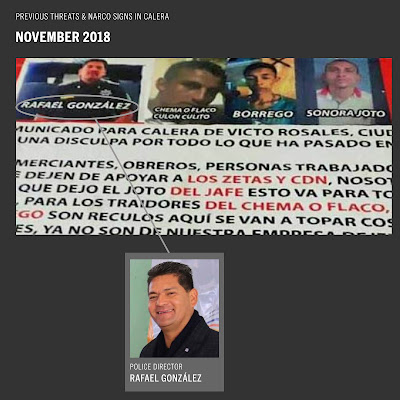 We ask that you stop supporting Zetas and CDN.

We are going after those left behind by “Del Jafe” and the main person responsible, the director of Municipal Police Rafael Gonzalez, who protects the bitch people of the homo Jafe. Stop damaging our society.

Our respect to the government, but not to the corrupt polie. We want peace for the people of Zacatecas.

Even with these previous accusations of the police director being in league with “Zetas and CDN”, we must remember that the cartel landscape of Zacatecas has changed a lot since 2018.

Nowadays, many of the CDG and Zeta splinter groups left in the state are working under either the Cartel Jalisco Nueva Generación (CJNG) or El Mayo side of the Cartel de SInaloa (CDS), the two major powers at war for the region.

In March 2019, another banner with threats against Rafael González and his family was left in Calera. It read in part “We are holding up our end of our contract with Zacatecas: Alejandro Tello”

Strangely, there are no photos of the banner.

And even more strangely an article by Noticiero El Circo writes that “police officers went to the site and confirmed the presence of the narco-banner, which was signed by a man and not by a criminal group.” So he appears to have been threatened by a single individual however the spanish word “narco-manta”, was still used which may imply the person who signed it was a known cartel member.

Now, in terms of the most recent instances of threats occurring in Calera in general, a narco message sign was hung on a road sign that leads to Rancho Blanco, within Calera, in February 2022. Frustratingly, the only images that are believed to have been taken of the sign are blurred. THe only excerpt of the message printed by the same source, Noticiero El Circo, is: 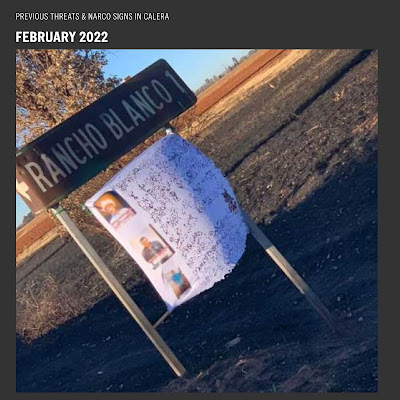 “We are coming for you and your whole gang of scumbags, from Toribio de Calera and Santiaguillo.